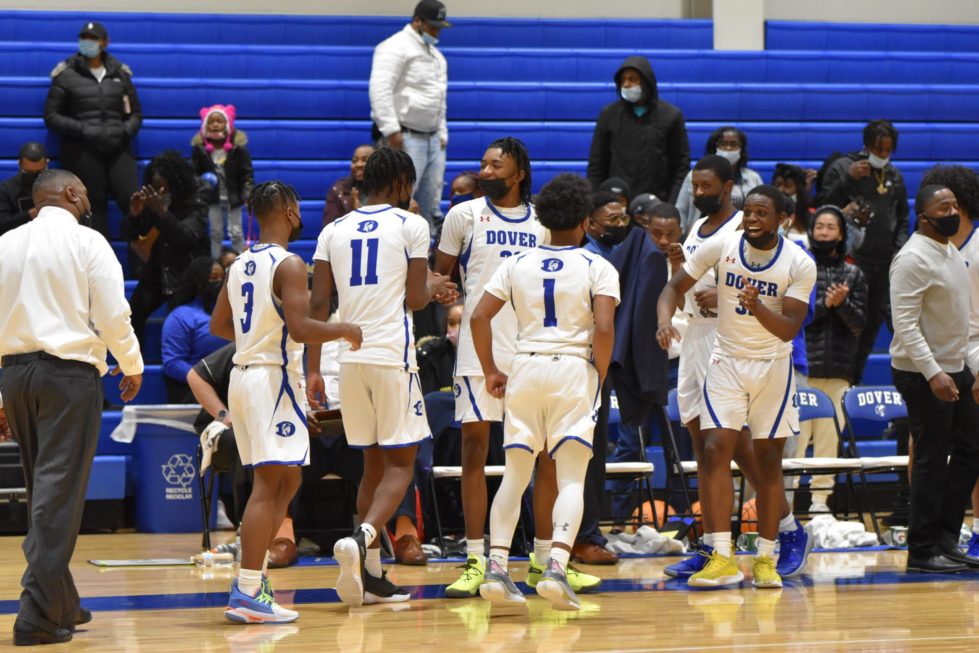 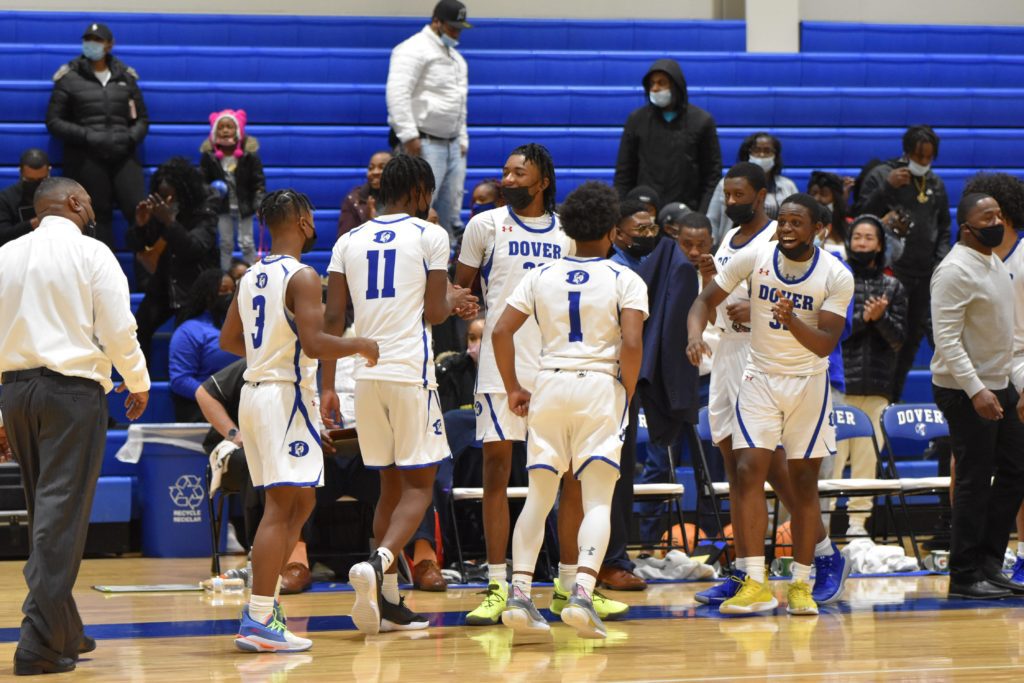 The 2nd ranked Dover Senators used a 12-0 run to start the final quarter and never looked back in a 76-52 win in boys basketball at Smyrna Tuesday night. The Senators’ Jaheim Harrell was red-hot beyond the arc as he drained 7 three-pointers on his way to a game-high 27 points. Two of his long range shots came during that big run to open the final eight minutes.

Smyrna trailed 13-7 early but went on a run of its own of 11-1 to end the 1st quarter, and take a 17-14 lead. In that run, Daniel Lerro converted two of his three 1st quarter three’s while Devin Demoe added two baskets to help the Eagles gain the advantage heading to the second quarter. There were eight lead changes in the first 10 minutes. Once Dover regained the lead on two consecutive long-range shots by Harrell to go up 24-19, the Eagles could never get closer than three the rest of the half.

Dover was up 37-29 at the half, increased that advantage to 58-48 after three quarters, and with a huge rebounding advantage, took control in the final period to get the win.

It was the first action for the Senators in 3 weeks as they had games canceled at the Governor’s Challenge over the Holidays & the recent snow storms.

Besides the 27 points from Harrell, Dover received balanced scoring from Denim Perkins (11 points), and Tyrone Tolson (15 points). The Senators improved to 4-0 in the Henlopen-North and 6-1 overall with games at home against Milford Thursday and rival Caesar Rodney on Saturday. That CR game will be streamed by Delaware Live with tip scheduled for 2:00.

Smyrna had a 2-game winning streak snapped in the series as they won both games against Dover last season. The Eagles were led by “Lish” Gregory with 14 points, while Devin Demoe added 10, and Daniel Lerro scored 9 with his three 1st quarter 3-pointers.

The Eagles fall to 2-2 in the conference and 2-3 overall. with road games at Sussex tech Thursday night and a date with Seaford Saturday afternoon.