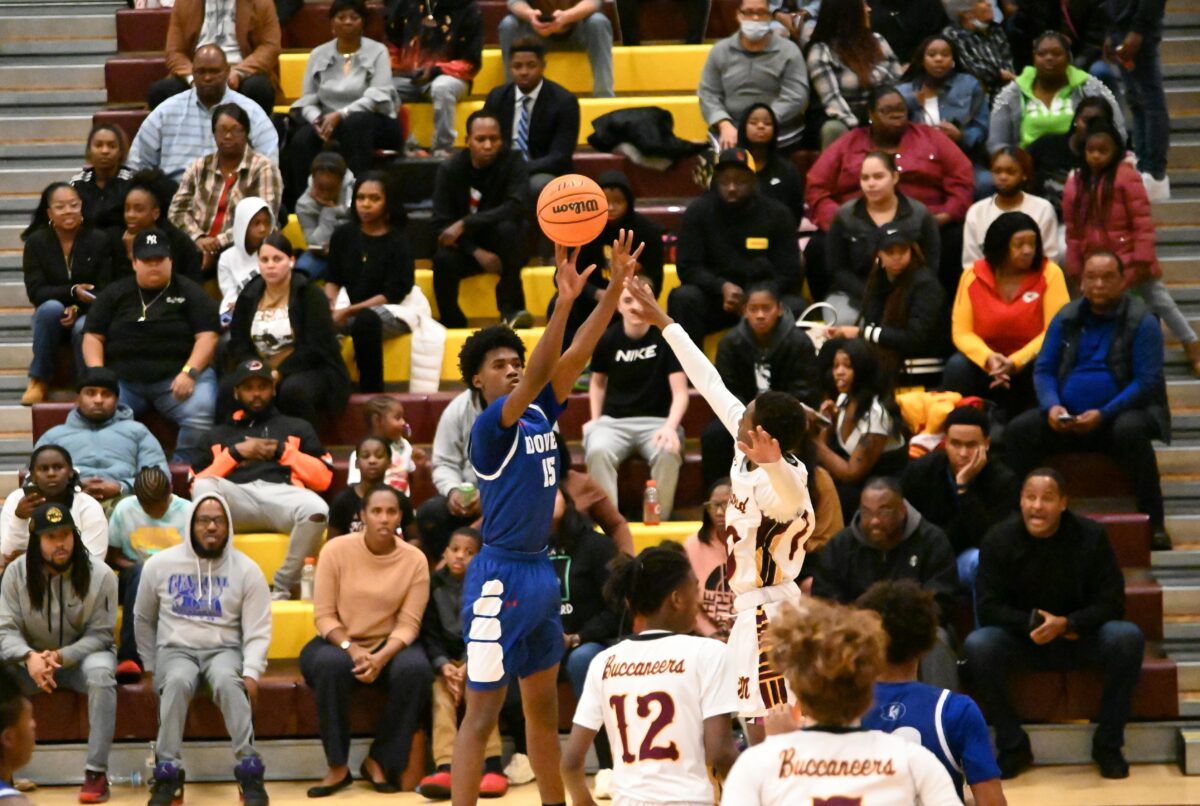 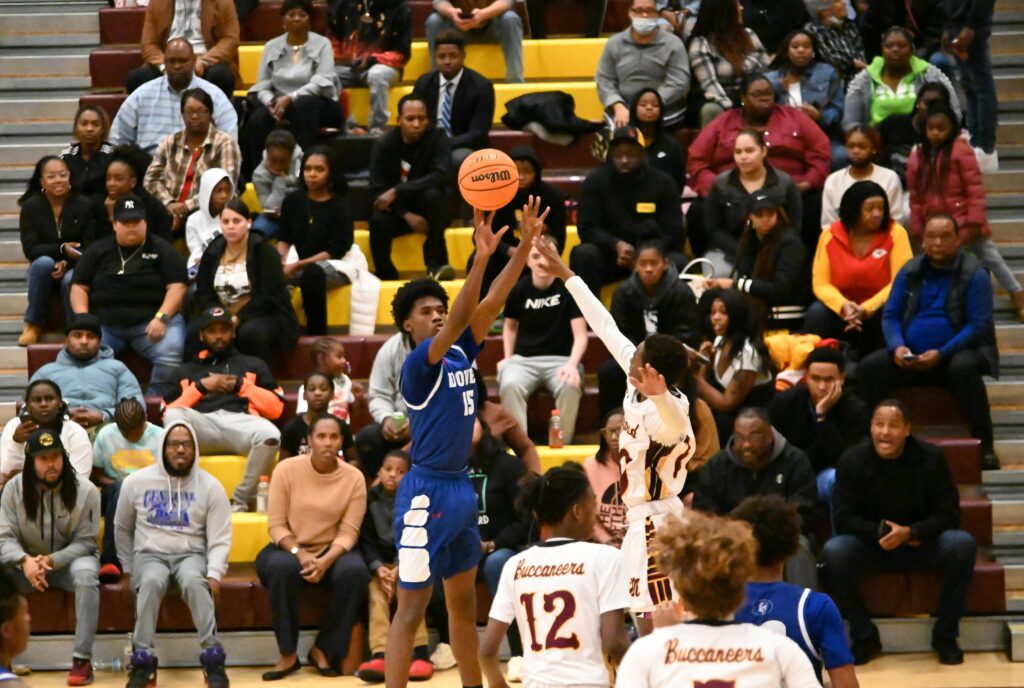 Freshman guard Jayvion Denis came out of the locker room at halftime with “the hot hand”, scoring 9 straight points to extend Dover’s lead to double digits (49-35) thus giving the Senators a lead they would never relinquish in a Henlopen-North win Thursday night. The final was 84-66, but the host Buccaneers gave the favored Senators all they could handle in the opening half.

A large, boisterous crowd in the Milford Central Academy Gym were entertained all night with accurate long range shooting, fast break baskets, and smothering defenses in a game that featured an early lead by the home team. The Bucs and Senators got off to a slow start in the 1st quarter as Milford held a lead of 11-5 with 3:00 to go. Then things “heated up” when the two Henlopen rivals scored a combined 22 points in that final 3:00 highlighted by Dover’s Jaheim Harrell scoring 7 points to give his team a 20-18 first quarter advantage.

Dover would also put up 20 points in the second stanza and built a 10-point lead with ninety seconds left in the half, before the Bucs scored six straight to cut the deficit to 40-34 at the break.

Dover head coach Stephen Wilson saw his team play an inspired brand of pressure defense that created several transition points to start the second half. That defensive performance, coupled with the offense by Denis, was the key stretch of the game. Denis scored the 1st nine points of the 3rd quarter on two layups and two shots from long range to give Dover a 49-35 lead just 60 seconds into the third. Milford battled to keep the game from getting out of hand, but Denis hit another three-point shot to extend the lead to 57-41, and late in the 3rd, Denim Perkins drained a shot deep in the left corner giving the Senators a 19-point advantage (60-41). The result was a 25-12 run in the 3rd quarter that basically put the game out of reach for the Buccaneers. Milford would put up a valiant effort in the final period, but could get no closer than 11 points the remainder of the contest.

Denis led the Senators with his 25-point performance, while Harrell nailed 5 shots beyond the arc, part of his 21-point effort. Kendall Abrams added 14 points and played great defense in the paint. Milford was paced by the balanced scoring of Andrew Kravitz (22 points), Jayden Norman (13 points), and 10 points each from Ethan Wilkins and Neysen Legros.

The Senators extended their winning streak to 4 games and will face Delaware Military Academy Saturday on the road before hosting 1st place Polytech on the 17th. The Panthers handed Dover its only conference loss 67-59 in late December. Dover improved to 8-3 (6-1 conference) while Milford is now 5-5 (3-4 conference) and will host Smyrna on the 17th.