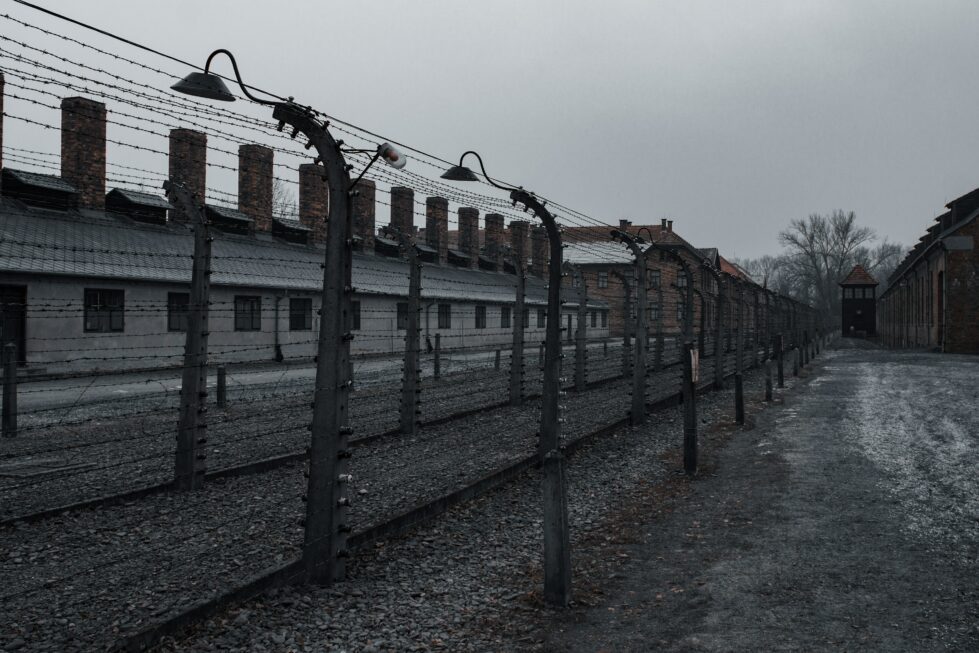 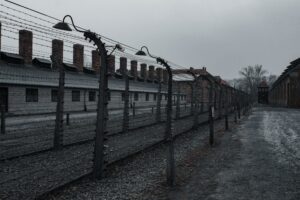 Milford Public Library will present “Holocaust Program of Remembrance:  The End of Illusions” on Thursday, October 20 at 6 PM in Lions Room A. This program will provide insight into the atrocities committed in Europe during World War II. The program is presented by Cantor George Mason and his wife, Carole.

“The Holocaust is not a good story, it really happened,” Mason said. “Approximately six million Jews and another two million non-Jews were killed by the Germans. I was stationed in Germany in the late 1950s and ironically, lived in an old SS barracks.”

Mason saw the aftermath of World War II when he was stationed in Germany. He stated that, in those days, Dachau, Auschwitz and other concentration camps were locked up and closed so they could not be accessed. He also mentioned that while in Germany, he was stationed with a young man who was a former Nazi who traveled to the United States in the early 1950s and became a citizen.

“We have done this program three times and we start with the rise of Nazism which weas facilitated by the breakdown of democracy, the collapse of social and economic cohesion and the decline of human solidarity and an erosion of faith in the political leadership,” Mason said. “Almost sounds familiar, doesn’t it? We talk about Jews in Warsaw and other areas who sang songs on the way to their death. We get into Naziism, where it began, who created it. And then, we move to Kristallnacht, which is the Night of the Broken Glass.”

Kristallnacht refers to November 9 and 10, 1938, when Germany burned synagogues while also vandalizing schools, businesses and homes of Jewish people, killing more than 100 of them. More than 30,000 Jewish men were sent to Nazi concentration camps. Although Jewish people had been subjected to repressive policies since 1933, this was the first time the persecution became violent and conditions grew increasingly worse for those in the Jewish faith as well as those who supported them from that time forward.

“We then start talking about how they burned towns and into the Massacre of Babyn Yar,” Mason said. “We talk about the capture of Kiev when one of the bloodiest shootings of the Holocaust took place in this little town. We lost a lot of people there. They were stripped of all clothing, taken to a ravine, ordered to lie down and each one was shot in the back of the head. The massacre continued uninterrupted with new victims forced to lie down on those already dead before they were also murdered. It gives you a new sense of the horrors we are talking about.”

While telling the stories, Mason, a retired Cantor, sings many of the songs that the Jewish people used to keep faith during the horrors committed by the Germans. One has the words “God, oh God, why hast thou forsaken me?” Although the songs are normally sung in German, Mason provides English translations during the program.

“We also talk about the women who were camp guards,” Mason said. “Oh, they were beautiful, too. There were 3,500 women who trained and served as guard. One prisoner reported that they were even worse than the men in commanding their dogs to brutally attack the prisoners. All other kinds of cruelty were committed by those women. And, of course, we sing a song about a boy with a fiddle because it has to do with the trains who carried them to these awful places. Then we get to the Warsaw Ghetto, which was one of the biggest when, in the summer of 1942, the Nazis removed 300,000 Jews from the ghetto, and most were taken to their deaths in the gas chamber.

People simply don’t realize just how terrible things were during this period in Europe, Mason explained.

“We then talk about the Era of Passover in 1943 with the battle of the Warsaw Ghetto which began the first night of Passover and lasted for 28 shattering days while the world watched in silence,” Mason said. “Men, women and children pitted against the massive might of the Nazi war machine. And then, we do some more music, and we talk about Terezin, wonderful Terezin, which was built by the Nazis to show how good they were and how they offered Jews all these wonderful things. The reality is that the prisoners were starved to death.”

Mason and his wife read a poem written by Pavel Friedman when he was just 21. The poem has become an anthem for Holocaust victims as one of the lines is “I never saw another butterfly.” Pavel died September 29, 1944, but his poem exemplifies the artistic expressions of those that were sent to death.

“We talk about Chelmo,” Mason said. “People who were sent to Chelmo remember that they were assigned areas. Many perished in special mobile gas vans they piped deadly engine exhaust fumes into. They tried to bury the corpses but couldn’t so they burned them. They burned all the corpses and tried to bury them again. Of course, we talk about Auschwitz as it is probably the most well-known. That one’s a beauty. There they were put into all kinds of machinery, which is what they called it, and put to death. In a chamber of 25 square meters, 450 to 500 people were jammed in every day. The congestion was unbelievable. The victims carried the children, somehow hoping to save them from death. They were beaten and driven with gas pipes. Dogs were set upon them while they were waiting outside before they were sent inside and killed. It goes on and on.”

Many of the well-known people of World War II are mentioned during the presentation. Mason explained that Holocaust Remembrance Day is in April, but that the library asks him various times of the year to do this presentation. This is the third time he and his wife have done it for the library.

“I’m an ordained Cantor,” Mason explained. “It’s just a way of life and people need to hear the real stuff.”

Although not required, registration for the program is recommended and can be completed by visiting the link on the library events calendar.