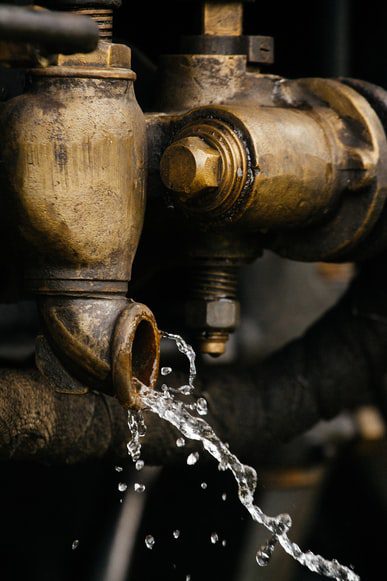 The City of Milford Capital Improvement Project (CIP) plan includes many projects related to water in the city. These projects include addressing water issues in Southeast Milford as well as abandoning concrete asbestos pipe throughout the city. The first project discussed at a recent workshop was replacing an altitude valve at the Caulk water tower.

“Lead times are substantially long,” James Puddicombe, City Engineer, said. “I spoke to Gillespie yesterday and they’re still waiting on some parts to come in. Once they come in, they’ll be assembled there at the Gillespie plant and then we’ll coordinate for crane placement and a plumber to plumb everything into the tower. So, I figured about four months lead time. We’re getting close to that, but talking to them yesterday, might be closer to five or six months.”

Another project on the CIP plan was actually several items, according to Puddicombe, and were designed to address water quality issues in Southeast Milford. The city hopes to drill a test well on 10th Street as well as replacing Well #16 in the southeastern portion of the city.

“We are hoping to get water into the Southeast area to offset the single well we have that is serving the hospital,” Puddicombe said. “Right now, we are actively pursuing the grant in evaluating our system on the whole in determining where the best location is for either a new well or to use existing well fields to push the water down to the Southeast area.”

Mayor Archie Campbell asked if Puddicombe was talking about a potential new well across Route 1 near 10th Street. Puddicombe explained that the well near 10th Street was designed to replace Well #1 which was past it’s useful life. Councilman Dan Marabello asked what the city was doing to make sure there was water for the many developments planned for Southeast Milford.

“This is one of the things we’re concerned about,” Puddicombe said. “With a large, 750,000-gallon tank, we can provide water. I don’t think that is the issue. It’s more an issue having a single well serve a critical system. That’s a bit concerning as well as the quality of water coming from that well is not as high as we’d like.”

City Manager Mark Whitfield explained that there were several challenges in the southeastern portion of the city.

“One is, you know, we’ve been looking for a suitable wellfield in the Southeast area for some time,” Whitfield said. “And, really, the geology in that area is just not conducive for deep wells. So, we’re looking at other alternatives. That’s part of the study that james is talking about is, can we put in a series of shallow wells someplace? I think there are a lot of different alternatives that we need to look at. Actually, I think some of the other challenges are in the wells that were installed at the Southeast tower never produced what we expected. We had hoped for wells that would produce 300 to 500 gallons per minute and, with the two wells out there right now, we really only do, at best, 130 gallons a minute. Right now, we are down to one well because the other well is so high in iron that we just shut it off.”

Whitfield stated that Well #1 was located directly across from the library and was the oldest well in the city, installed in 1932. He explained that the screens are gone and that it had run its useful life. The city was unable to reconstitute the well at that location as minerals found in the soil would not allow a well a that spot, creating another challenge.

“We are in very good shape in terms of the amount of water that we’re producing,” Whitfield said. “To your point, Councilman Marabello, we’re looking forward to the future and how we’re going to take care of the loss of Well #1 as well as continue to grow in the southeast and deal with the non-producing wells that we have there right now.”

Puddicombe stated that the Front Street water line project was actively underway and that the water main itself was completed, pressurized, chlorinated and connected to Fourth Street. The contractor was now going through to finish individual connections to the new service which was taking longer than expected.

“The delay is due to a myriad of issues,” Puddicombe said. “From found concrete vaults to high water levels, etc. So, they are working through that. We still anticipate they’ll be able to complete and button that portion of the project up and stay out of the TAP project’s way which should be coming here in the spring. It looks like they are hoping to bid that project out in the next four to five weeks.”

“The primary reason for the waterline replacement is that it is an asbestos concrete pipe,” Whitfield said. “Whenever you do construction overtop of asbestos concrete pipe and you run a vibratory roller, you end up with a lot of leaks and broken pipe, so any place where we have a road project, where we do have asbestos concrete pipe, we tend to replace that prior to the project itself. That and the fact that concrete as specified is no longer being used, so it’s really prudent to get rid of it.”

Mayor Campbell asked if the city encapsulated the pipe when it was removed since it contained asbestos. Puddicombe stated that the pipe was not actually removed. Instead, the line was left in place, but filled with a flowable granular material and encapsulated. He explained that there was no risk unless the pipe was actually crushed which meant removing it actually had a significantly higher risk than simply filling it and leaving it in place.

The city is also looking at establishing a water source east of Route 1 and has grant funding in place for the project. Puddicombe explained that this project was scheduled for FY 2024, but two developers were interested in developing land across the highway from the hospital and the city agreed in a long-term plan to provide water to that area.

“We’ve already begun the process of looking at some of this and we did bring information related to this potential project sometime about two-and-a-half months ago,” Puddicombe said. “So, this is just to keep it on your radar. There’s not a lot and we won’t take action to do any actual water main construction until we see that the developers actually intend to break ground.”

There are also plans to replace valves and hydrants throughout the city, many of which were included in FY2020. However, the city retains some funding in order to replace those that are found to be defective during testing in order to avoid a problem during an emergency. In addition to water projects, the CIP also includes several wastewater projects. Some of these are designed to address flooding in areas of Milford. Some of the projects are related to the concrete asbestos piping that exist in the sewer system as well.

“We have the 4th Street surface water drainage they are working through now,” Puddicombe said. “They completed some of the survey information and are trying to figure out the best solution. We should have those back in the next month or so. The grant expires in, I believe March, so the engineer is working now to determine where we can put some upstream sources to alleviate some of that flooding.”

A report has been provided to the city regarding the Truitt Avenue pumping station drainage area which indicated around $92,000 in repairs were necessary. There are also several improvements required on Washington Street, one of the older sections of the city. Puddicombe indicated that flooding occurs from Bicentennial Park, up through 4th Street and ends around the cemetery, covering about a fifth of the city.

“It is a rather substantial swath of land,” Puddicombe said. “The biggest problem is that there isn’t any land inland that we can use to store the water because that involves digging a pond and we’ve got to get the water to it. We either need to own the land or be able to acquire the land through the state or somebody to make it a worthwhile project. We obviously don’t want to take a house out or put something right next to a couple homes because that is not very valuable for the community or the city.”