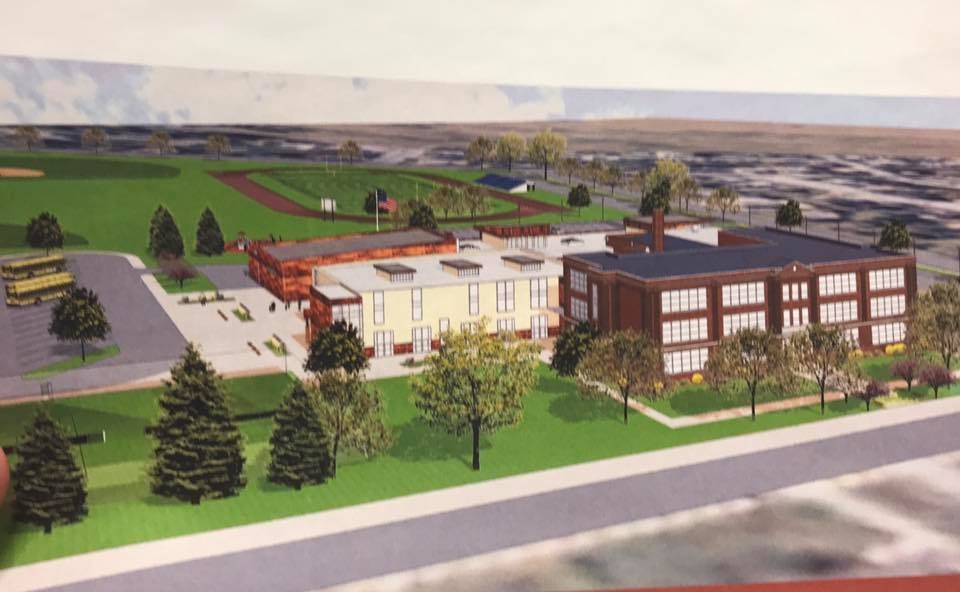 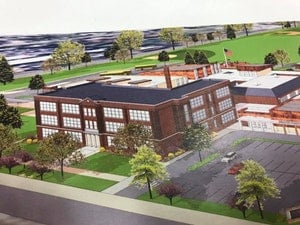 In November 2020, the Milford School District was awarded a Certificate of Necessity by the Department of Education to proceed with the process to conduct a referendum in order to refurbish the former Milford Middle School building on Lakeview Avenue. On Mon, April 19, the board agreed to reconvene a committee to confirm the request for a new school.

“We need to start having that conversation again about the decision the board will have to make in the near future,” Dr. Kevin Dickerson, Superintendent, said. “We need to get this back on everyone’s radar.”

In 2019, a committee comprised of community members, parents, former educators, teachers and board members held public hearings to determine the fate of the property. The public overwhelmingly requested that the property be used for educational purposes. The Board of Education approved the request that the district seek a Certificate of Necessity to build a 1,000 student 5th and 6th grade school, leaving the 1929 historic portion of the building intact, tearing off the newer wings and rebuilding them in a more cohesive manner. The state denied the initial request of a Certificate of Need as other districts were prioritized higher, but approved a second request in 2020.

“This is dictated by Delaware Code,” Sara Croce, Chief Financial Officer, said. “What they do is take everyone’s request and rank them in priority order. They are really only approving Priority 1 right now and those are schools with capacity and future enrollment issues. Our project did meet that requirement. There is a construction formula used by the state that dictates the cost of the construction.”

The plan will revitalize the current Milford Middle School site and salvage the historic aspects of the building. The new additions would better meet the needs of a 21st century learning environment and it aligns with recommendations from a feasibility study conducted by Tetra Tech and the committee.

“One of our biggest priorities is growth,” Dr. Dickerson said. “All our schools except Morris are over 85 percent capacity. Morris houses our Pre-K student which are not included in their enrollment number. Many of our programs require a lot of space such as the autism program planned for Milford Central Academy.”

According to the City of Milford, in 2010, there were 9,559 people living in Milford and, in 2020, there were 11,662. Based on the current growth rate, by 2050, the population of Milford could grow to almost 22,000 people. In addition, the city reported that there are 5,786 housing units approved to be built over the next ten years which could further increase population.

“The committee recommend a 5th and 6th grade school and the board approved that recommendation,” Dr. Dickerson said. “If we are able to have a 5/6 grade school in the future, Milford Central Academy would only house grades 7 and 8, relieving the overcrowding in that school. We could also then utilize Milford Central Academy to help reduce some overcrowding at hour high school as the schools share a campus and a hallway.”

The benefits to the community include revitalizing district resources and property while also opening up recreational space in the form of a large gymnasium and auditorium. The estimated cost for the project is $57,270,453 with the state paying $42,380,185 and the district’s share $14,890,318. Each year the project is delayed could add five percent to the cost. Board member Dave Vezmar confirmed that if the district went out for referendum, the bond bill would be less than $15 million, not the entire $57 million.

Board member Jean Wylie asked if there would be a plaque inside the building explaining the history of the school, pointing out that it was the high school at one time.

“I think we can look at that,” Dr. Dickerson said. “If we are successful in getting approval for the school, we can talk about historical information included in the school.”

Dr. Dickerson stated that if there was a referendum, it would not be until 2022.

“We were approved for this last fall,” Dr. Dickerson said. “But we did not feel it was the right thing to do this winter or spring to go out for referendum with the ongoing pandemic. The state has allowed us to extend an extra year. If the referendum passes, the project could commence in 2022 with costs phased over three years.”

Croce explained that the first year, about 12 percent of the bond bill would be expended for site development and design. Construction should begin in the second year, spending about 72 percent of the funding. In year three, final preparation, technology and furniture would be purchased, spending the remaining 16 percent.

“At the conclusion of the project, debt service begins to decline over time,” Croce said. “We also have a current bond bill expiring in 2023 which will offset the costs of an additional bond bill.”

Dr. Dickerson stressed that full transparency would be maintained throughout the process.

“We believe we have a need,” Dr. Dickerson said. “Ultimately, the taxpayers will make the determination if we have demonstrated that need to them. We will respect whatever the voters decide, but we definitely have a need.”