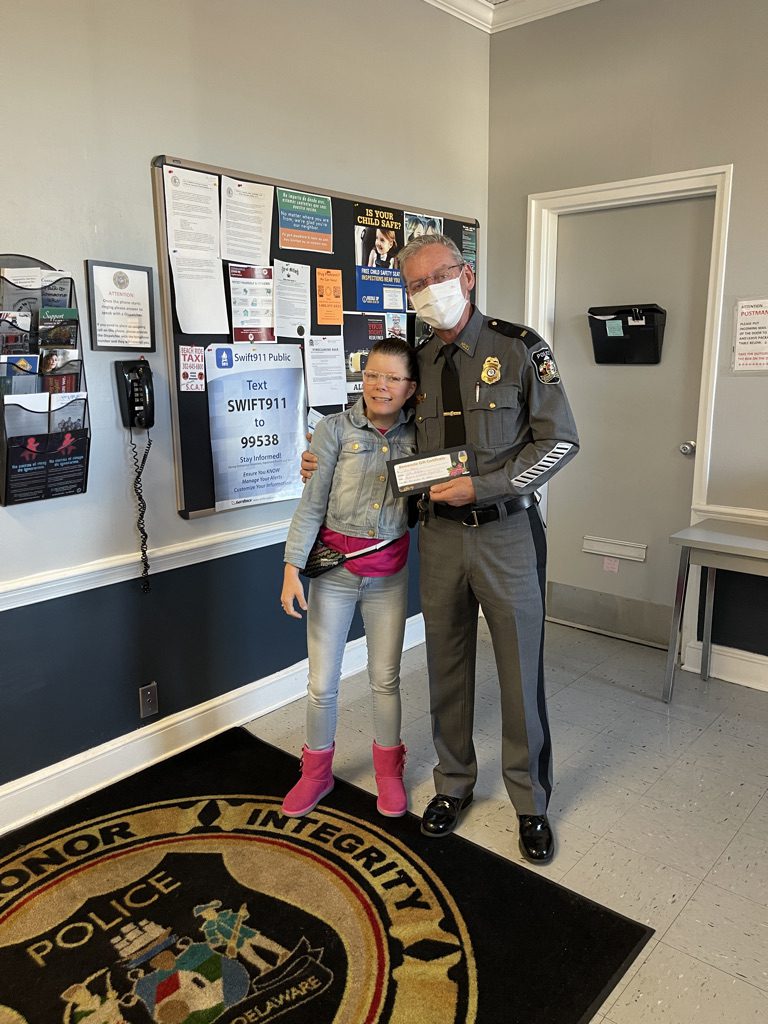 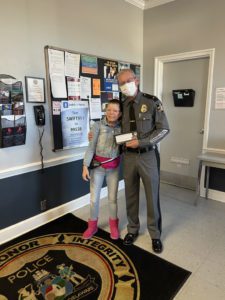 On December 9, Audie Marino shared a post on social media recognizing a kind act performed by Lieutenant Ed Huey of the Milford Police Department. When Paige Howell, who operates Paige’s Kindness Project, learned of his selfless act, she wanted to recognize Huey for what he does in the community.

“I’ve gotta give a big shout out to one of Milford’s Finest,” Marino’s post read. “Today, a gentleman in Milford was driving past the police department, hit something and wound up with a flat tire. He pulled into the department and was greeted by Lt. Ed Huey. Lt. Huey went home, got some equipment and came back to help change the tire. While his tire was being changed, the elderly gentleman happened to mention that he had some medical issues, was on a fixed income and only had about $100 to get him through the rest of the month. Where Lt. Huey really went above and beyond is after putting on the spare, he called around to some local shops, found a tire and actually went and paid for the man’s replacement tire. Most cops don’t do this job for recognition, but Lt. Huey definitely deserves some for going above and beyond today.”

Huey rarely accepts recognition for what he does for the community. Howell and her mother, Lillian Frey, who helps with the Kindness Project, decided that it was time for him to accept recognition for his actions. They spoke to Lisa Johnson at Benvenuto who provided them with a $50 gift card for Huey. Because Howell and Huey have a very close relationship, Frey knew that Huey would not be able to say no to her daughter.

“When I heard what you did for that older gentleman, I was so surprised,” Howell told Huey. “I mean, everybody helps everybody in the community, like with my kindness project, but when you did that, it really opened up my eyes and touched me. So, I went to this one place where I know this lady and she gave me this and told me to give it to you, so I wanted to give you this gift certificate to Benvenuto.” Frey commented that the gift card was made out to Huey specifically so he could not pass it on to someone else in the community, stating that “Lisa will be looking for you.” 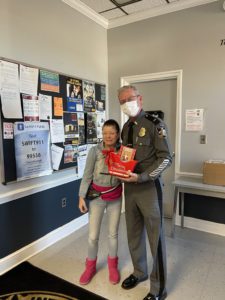 Paige’s Kindness Project, operated by Paige Howell, presented a gift to the officers of MPD

Huey explained that he felt very bad for the older gentleman he helped. He stated that the man asked to use a phone in order to call Hitchens Tire so they could send a wrecker to repair his tire. When he pulled out his wallet, he explained to Huey that he had just gotten his social security check, paid his bills and had about “$103 to last the month.”

“I said, ‘Sir, that wrecker alone is going to be over $100, just in the short distance they have to come,’ and I suggested we just put on his spare,” Huey said. “He didn’t even know if he had a spare, but I looked and, luckily, he did, except it was flat.” The guy who posted about all this, Kirk Mareno, he said he had a floor jack in his personal vehicle because we could not find the man’s jack initially. We got the tire filled up and some guys doing construction came over and put the lug nuts on for us. I know, though, that $103 would not be enough for him to buy a new tire and I felt I had to help.”

Frey stated that Paige’s Kindness Project would like to provide the gentleman with assistance and Huey said he could provide her with his name, but not much more than that. In addition to providing Huey with a gift certificate to Benvenuto, Paige’s Kindness Project also provided a Christmas sleigh filled with Hershey kisses for the department and Frey joked with Huey that he would have to share them.