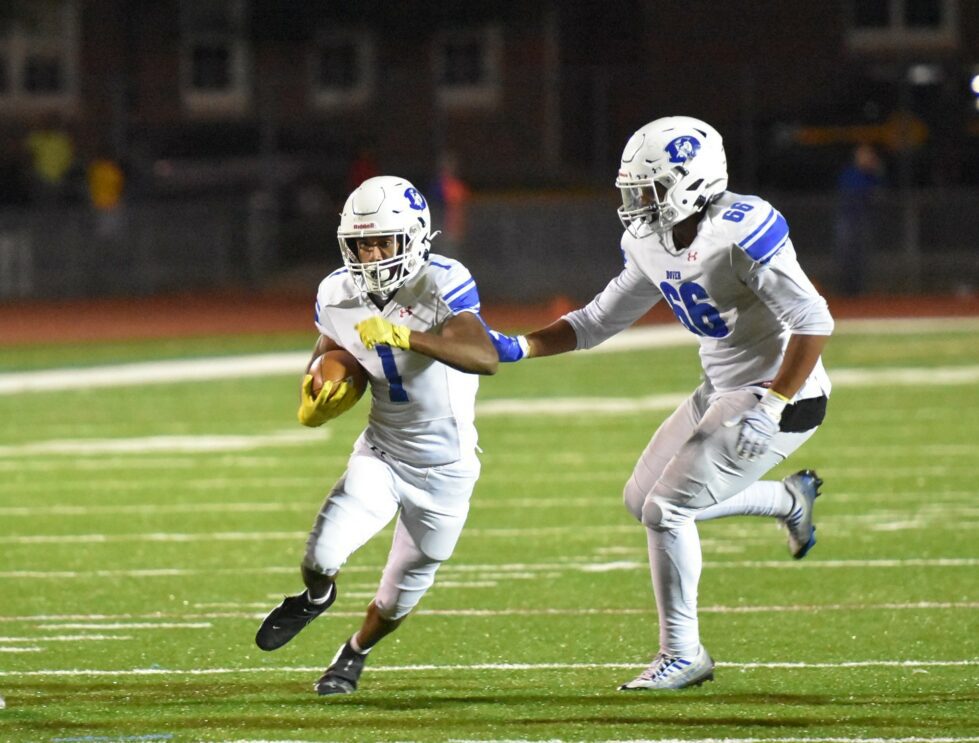 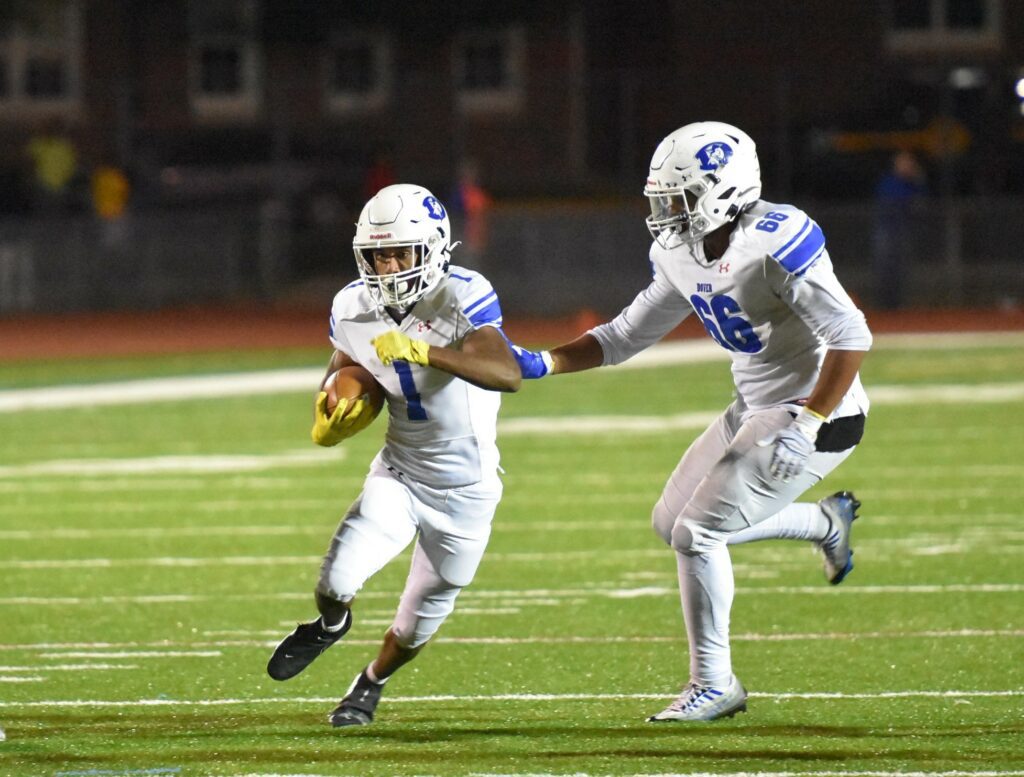 In a game that featured two of the top running backs in the state it was Dover’s sophomore standout wide receiver who stole the show. John Parker accounted for three of the four Dover Senators touchdowns to lead them to a 27-14 win over Appoquinimink.

Appoquinimink took an early 7-0 lead in the first quarter on a McConomy 25 yard touchdown run untouched through the middle of the Senators defense. Then early in the second quarter Parker would make his presence felt. Dover quarterback Nahseem Cosme connected with Parker over the middle in tough coverage, but Parker was able to coral the ball in breaking it for a 76 yard touchdown catch to tie things up at 7-7.

On the ensuing kickoff Run DMC struck again for the Jaguars. He took the kick off at his own 7 yard line and found a seam in the coverage going untouched for a 93 yard kickoff return for a touchdown giving Appo a 14-7 lead.

Cosme then took things into his own hands. On an option play he read the defensive end and kept the ball as he went 26 yards for the touchdown to tie the game at 14-14. After a punt from the Jaguars the senators looked to Parker again.

Cosme took the snap and saw he had 1 on 1 coverage with Parker he threw a perfect pass hitting Parker in stride as he got behind the defense for a 67 yard touchdown lifting the Jaguars to a 20-14 lead which would hold as the halftime score.

In the second half Dover scored the only touchdown. Parker capped off the scoring late in the third quarter as he took a direct snap out of the earthquake formation 24 yards for the touchdown. Dover led 27-14 after the third Parker touchdown which proved to be the final score.