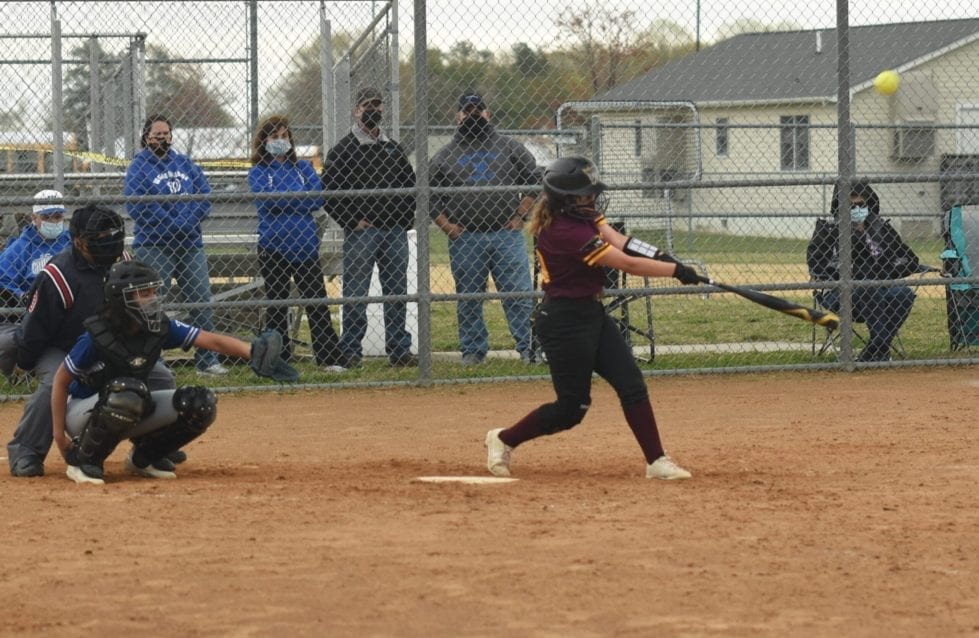 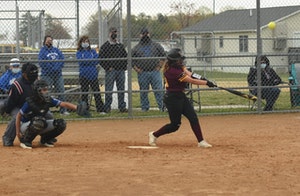 It was all there for the taking by the Lady Buccaneers softball team last Friday, as Milford traveled to Woodbridge to battle the Blue Raiders. Having covered Milford softball for over 10 years, this is without a doubt one of the toughest and motivated teams I have witnessed in quite a while. This leads to the question, how could a team this motivated and talented be standing 0-6? The answer was on full display in the seventh inning.

Both teams had put up a run each in the contest’s first inning before what turned into a pitcher’s duel over the next five innings. Milford’s sophomore pitcher Khyliah Reynolds was outstanding as she battled Woodbridge freshman Emily Peterson as both pitchers took turns putting zeros on the scoreboard. While both teams had their chances, defense and pitching would shut down any scoring opportunity as the game went on. During the game however, you simply couldn’t tell Milford was a winless team – there was chatter, team spirit and genuine grit in the Lady Bucs. “This hasn’t been the easiest of years for us, we have a team that is on the young side and for a lot of these girls this is their first varsity experience,” Coach Mackenzie Reed said. “The one thing I can see in this team is heart, they refuse to quit. That is something you can’t teach, and this team has heart in abundance.” 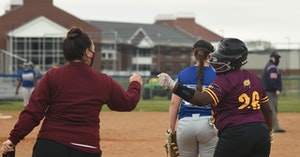 As the innings grew later, the tension increased. Finally, in the seventh it all appeared to come together for Milford. Junior Abigail Justice started off the top of the frame with a crisp single to center, she was moved to second on a sacrifice bunt by junior Ryleigh Harrison. After Woodbridge got sophomore Ciera Stevens-Brittingham to pop out for the inning’s second out, the Blue Raiders looked as if they might get out of the inning unscathed. The Buccaneers were not done yet, as freshman Lillie Harrison singled to left, then advanced to second on a solid throw which held Justice at third. Reynolds would be walked to set the table for junior Ashley Bullock. The Buccaneer responded with a hard ground ball up the middle. With the Woodbridge defense a bit out of sorts, Milford was able to score three runs on the play to gain the 4-1 advantage. Woodbridge would close out the top of the inning with a three-run deficit, and a lot of work to do.

The Blue Raiders did not go quietly however, a leadoff triple by freshman Mariah Maddox would be the harbinger of things to come. Reynolds, who pitched an astounding 125 pitches in the contest gave up a walk. That was followed by a hard-hit ball to right field, allowing Woodbridge to halve the deficit with runners on first and third, and still no outs. Woodbridge would steal second base on Reynolds’ next pitch, putting runners on second and third. 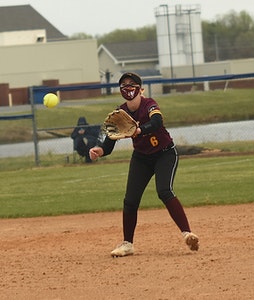 Woodbridge would score its second run of the inning, as a between hop, line-drive bounced off the glove Milford’s second baseman. With the tying run on third, Reynolds was able to force the inning’s first out as the next Woodbridge batter popped up to third. The next Blue Raider batter, senior Amiah Tucker, would square the game with a simple ground ball to first base. Reynolds was able to get the frame’s final out as Woodbridge grounded out to second. With the score knotted at four however, the game was headed to extra innings. “Obviously, giving up three runs like we did hurts, but it is also part of the learning experience for our team. Most of these girls have not been in these situations at the varsity level, so you take it as a lesson and move on from there,” Reed said.

With Milford unable to score in the top of the eighth, Woodbridge would embrace the opportunity it was presented in the bottom of the stanza. After loading the bases with two outs, the Blue Raiders would plate the winning run on a single to right field for the 5-4 victory. 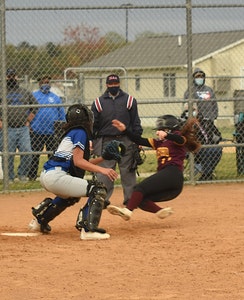 Speaking with Reed following the game, she believes it is just a matter of time before the Buccaneers break through. “You see the spirit. Right? These girls have it, they can play ball too. For us, it’s just a matter of putting it all together. We could have scored more runs in the first inning, but we didn’t We made a few little mistakes that cost us, but like I said, we continue to eliminate those mistakes and we are getting closer to our first win.”

Asking Reed about the job that Reynolds did on the mound, she was very enthusiastic with the improvement and enthusiasm the sophomore has demonstrated. “Khyliah is getting better with every inning she records. The potential is there, she is a fierce competitor. Remember, this is the first time she has faced this level of competition. She is learning what it takes, and I really believe in her. There is no doubt in my mind that she is going to become a simply outstanding pitcher.”