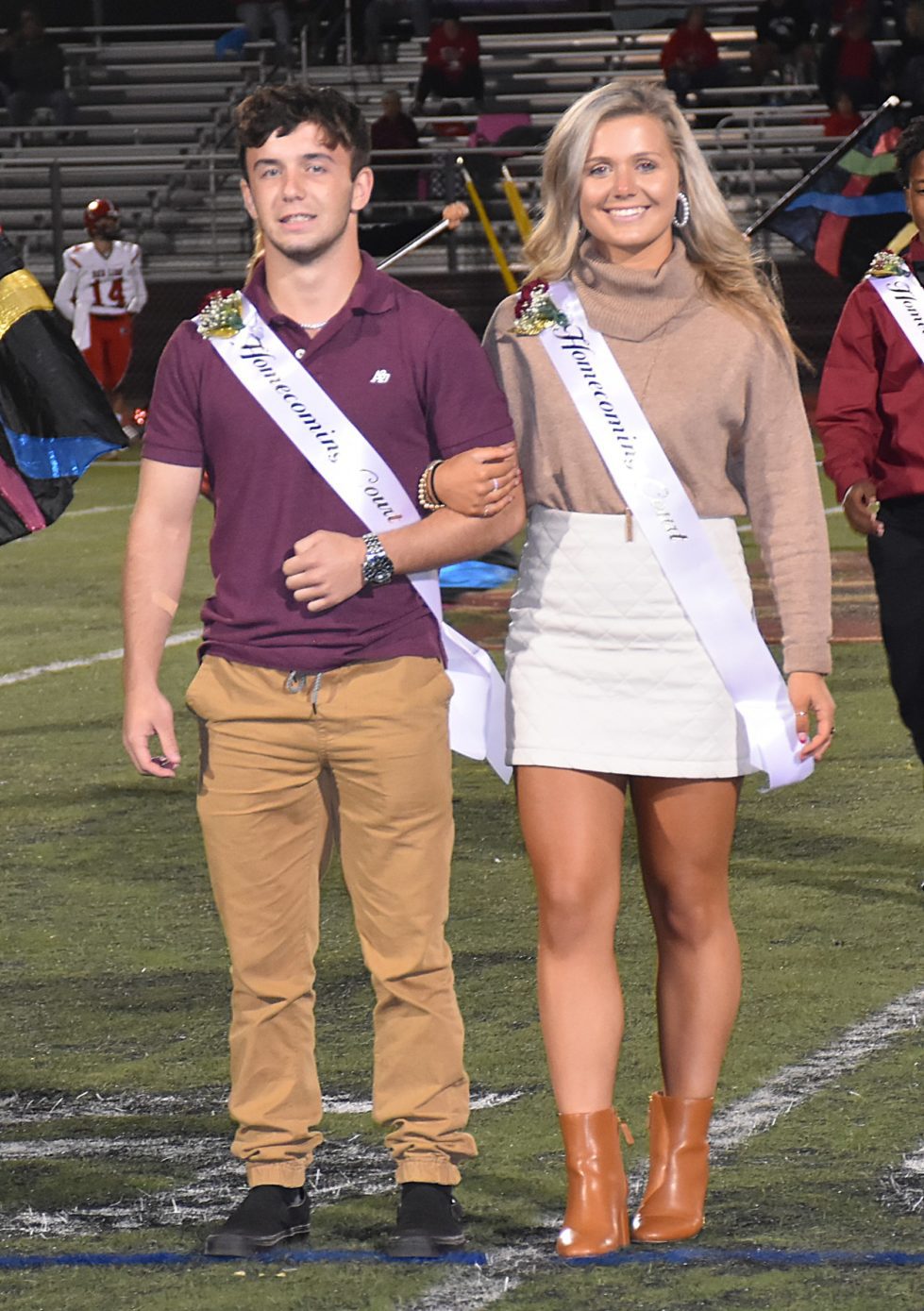 It had been this way all night – two teams evenly matched battling in an old-school slugfest. Time was winding down and Milford was clinging to a 14-7 lead as Red Lion had worked its way deep into Milford territory. As had been the case for both teams all game, it would come down to which team had the moxie to make the big play when it mattered most. While Milford may have squandered more scoring opportunities than RLCA, a great deal of that was due to the visitor’s staunch defense with its back to its own goal line where Red Lion rose repeatedly to foil Milford scoring chances.

Now it would be the Buccaneers turn to hold off a charging Red Lion offense. There would be one caveat however as Milford senior Jordan Norman took an inadvertent blow to the head, injuring himself on the play. At first it looked dire as Norman lay motionless on the Briggs Stadium turf. A hush fell over the crowd for the first time of the night, with nobody knowing the extent of the injury. Slowly he began to move his extremities as trainers and staffs from both teams attended to Norman, who had recorded two interceptions and numerous tackles during the game. It was determined that he had suffered a neck injury and all precautions were taken, as he was placed in a neck brace and an ambulance was dispatched. As Norman was placed in the ambulance, it wasn’t just his Buccaneer teammates that surrounded him, the entire Red Lion team sprinted across the field to offer encouragement and respect to the injured player. “I can’t say enough about Red Lion and how they acted tonight. This was an extremely physical game, but both squads would help their opponents up and get ready to do it again. I can honestly see I have never seen a game played that physically, where not one personal foul was called, it was truly a spirited competition tonight,” Milford coach Shaun Strickland said.

After the field was cleared and the game resumed, there was 1:45 left on the clock and Red Lion was at the Milford 25-yard line. It was then that Milford made its stand, pushing Red Lion back and refusing to yield. The icing on the cake would come on fourth and long as the Milford defense collapsed upon Red Lion quarterback Mac Krauss to seal the 14-7 Homecoming victory.

Early in the game, it looked as if the Bucs’ offense would roll over the visitors as on its second possession, Milford drove 65 yards while throwing only one pass for the game’s opening score. Senior Aaron Sivels, who would also be named Homecoming King on the evening, took it in from one yard out and with a successful PAT from senior Alexander Nash, Milford would take a 7-0 lead with 7:45 remaining in the first quarter.

From there, Milford would continually threaten but not score in the first half. With the defense keying heavily on Sivels, Milford missed some golden opportunities – the last of which was a blocked field goal attempt just before the end of the half. “We had our chances to put them away, but whether they made a play, or we failed to execute, we really should have gone into the locker room with a lead of better than 7-0,” Strickland stated.

The Buccaneers’ missed opportunities would catch up to them early in the fourth quarter, as Red Lion went on a 65-yard march culminating in a short touchdown run by RLCA tying the score at 7-7 with just over 10 minutes remaining. The pressure was now on the Milford offense to respond.

With Sivels mostly bottled up, Milford went to other running plays and attacked through the air as it worked its way towards the goal line on a drive that started at its 37-yard line. A key play on the drive was a 37-yard completion from senior quarterback Shawn Saxon to junior Jayceir Fullman, who made a spectacular one-handed catch. Milford once again worked the ball to the doorstep of the Red Lion goal line and faced a crucial decision on fourth and goal from the two-yard line. The Buccaneers called a timeout and came up with a play that they thought might catch Red Lion by surprise. Understanding that Sivels was being keyed on, the Bucs ran a jet sweep left to Fullman, who powered in for the game-winning touchdown with just over five minutes remaining in the game. “I told the coach, don’t worry, I got this. Let’s run the play we are going to win this game right here.” Fullman stated.

The win improved Milford’s record on the season to 3-1 (1-1 in league play) with a non-conference road game at defending state champions Sussex Central on tap for Friday night.

While there has been no official word on the status of Norman, it appears that he escaped any serious injury and could be on the field soon.