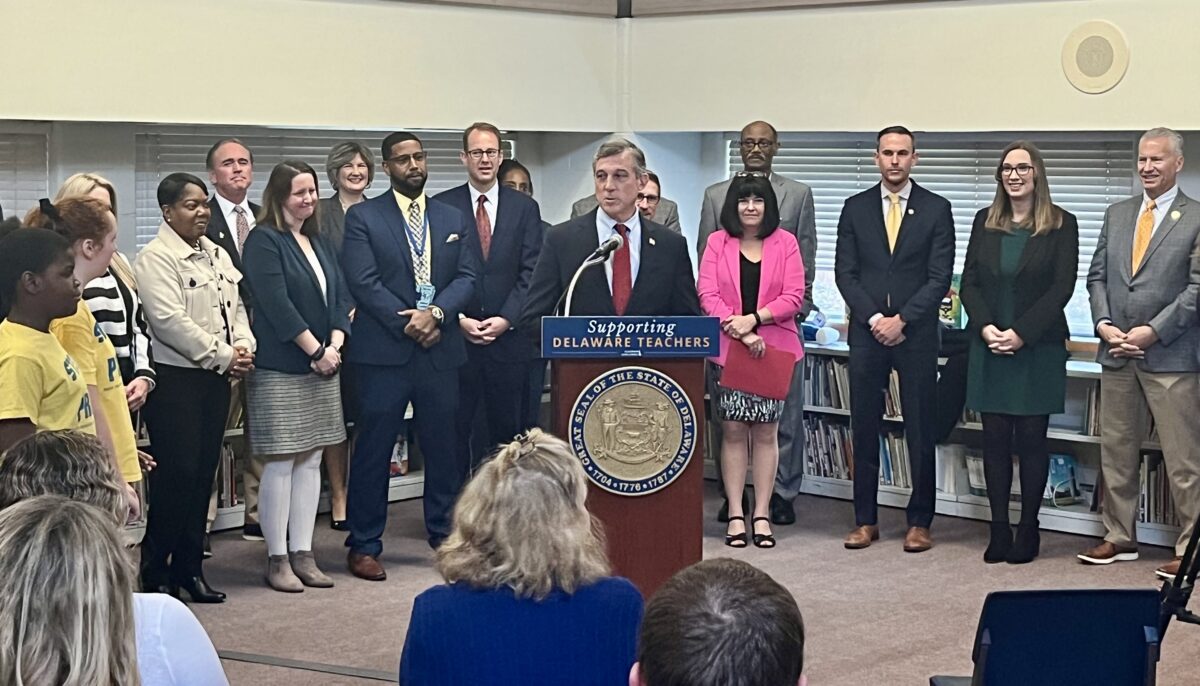 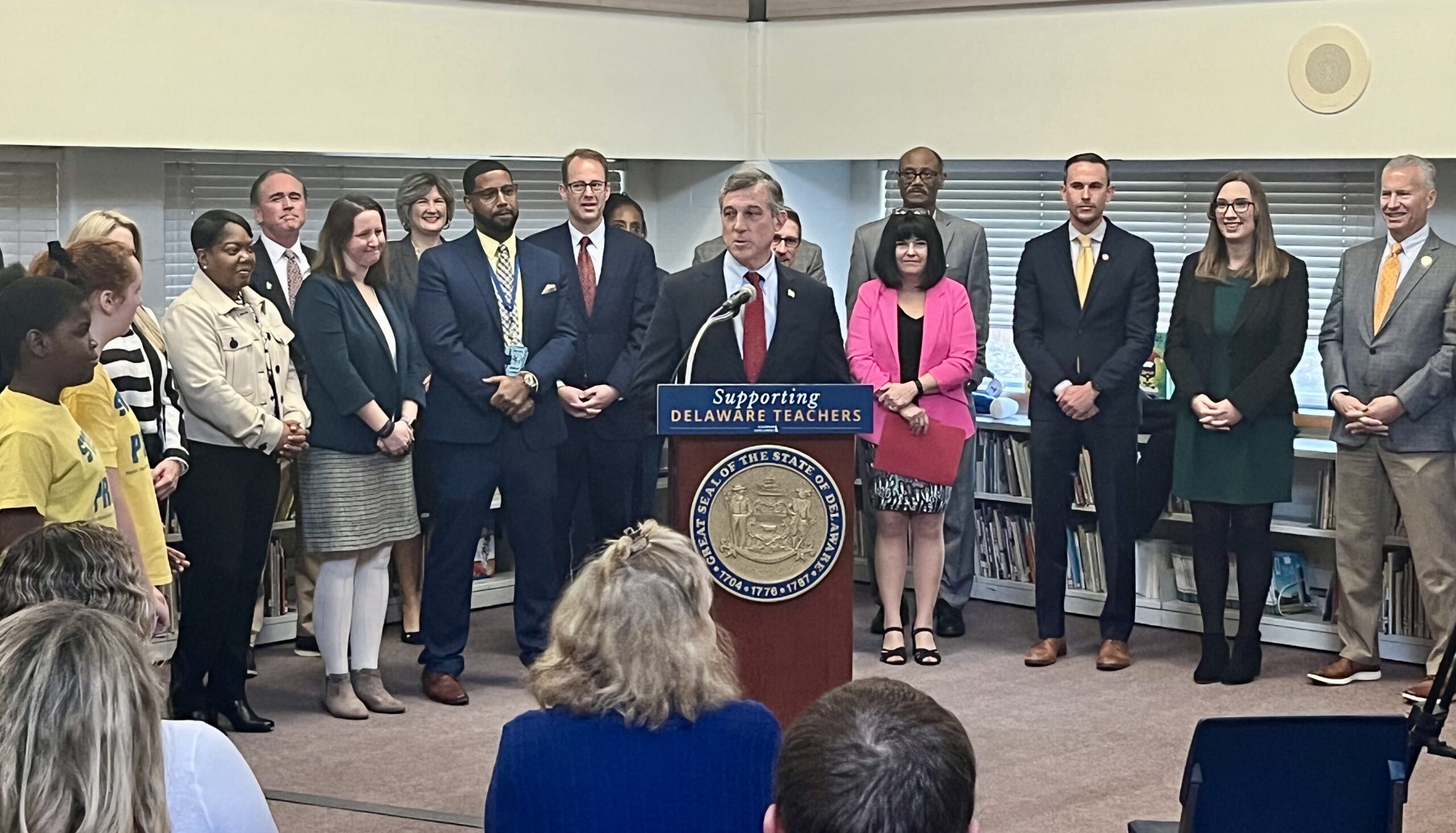 Classroom teachers in Delaware’s public schools will receive a 9% increase in their salary next school year.

Others who work in education will receive a 3% raise.

Those announcements came Tuesday from Education Secretary Mark Holodick during an event in which Gov. John Carney detailed the money he was investing in public education in next year’s budget, which starts July 1.

“We can’t afford to wait until November,” Holodick said.

That’s when salary recommendations are due from the Public Education Compensation Committee, a group created to review and develops suggestions about enhancing Delaware’s educator compensation structure.

Its goal is to attract teachers to work in Delaware – and to keep them in the state – by paying them salaries that are competitive to neighboring states.

Most notably, Maryland passed a law that would give teachers a starting salary of $60,000, which is nearly $20,000 more than the base pay for Delaware teachers.

“If we want to recruit and retain quality educators, we need to provide them with a respectable salary at the beginning of their career,” said Rep. Kim Williams, D-Marshallton, chair of the House Education Committee.

Stephanie Ingram, president of the Delaware State Education Association, the state teachers union, was happy with the investment.

The union supports all public school employees, whose salary is what the Public Education Compensation Committee is reviewing. It previously asked the committee to take immediate action on increasing teacher salaries since the shortage of teachers is the most pressing matter.

Ingram and the DSEA have also asked the committee to increase teachers’ starting salaries to $60,000 to compete with Maryland since teachers could simply cross a border and snake significantly more.

Sen. Laura Sturgeon, D-Hockessin, a former educator and chair of the Senate Education Committee, said that people become teachers to make a difference, not for the pay.

“But your ability to make that difference in the lives of your students is seriously impaired when your school is short-staffed, which creates ballooning class sizes and impossible caseloads, and  diminished wraparound supports,” she said. “Today we began to right this ship.”

Carney told the audience of teachers and legislators that the state also will increase opportunity funding by $15 million next year, bringing the state total in Fiscal Year 2024 to $53 million.

That money is extra funding for children from disadvantaged backgrounds.

The funds will be used uniquely for each school to provide classroom support, whether that mean adding school counselors and other mental health professionals, hiring reading and math specialists, or filling any other gaps a school sees fit.

Carney announced an additional $3 million in funding for the Wilmington Learning Collaborative, which includes nine city of Wilmington elementary schools across the Brandywine, Christina and Red Clay school districts. The additional money will bring the total going to the Collab to $10 million.

It aims to empower families by giving them a voice in policy-making with the goal of creating better outcomes for students and families in the city.

The amount of money is expected to be announced in his State of the State speech Tuesday. That speech will be livestreamed at de.gov/sots.

The investment in salaries will pay off, Carney said, when Delaware has more teachers working in the state and keeps its teachers for many years.

Student achievement will be another metric that will indicate if this investment paid off, Carney said.

“Our students have lost something over the couple of years of the pandemic when they were in remote learning and not in person,” he said.

He said the three goals of his investments are students reading proficiently by third grade, improved middle school math, and higher graduation rates.

Starting in Fiscal Year 2025, opportunity funding is expected to be at least $60 million annually, the state has indicated.