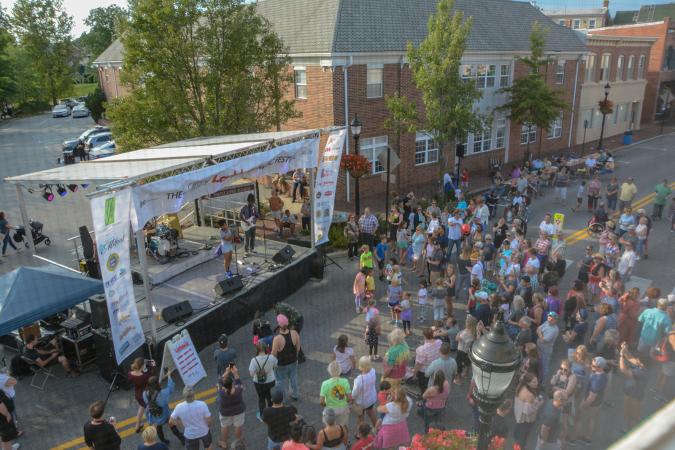 In one of her last official duties as DMI President, Peggy Reilly submitted a request to Milford City Council for $30,000 in funding for the Ladybug Festival, scheduled for October 2 in downtown Milford. Reilly explained that DMI bylaws only allowed a president to serve two years before requiring a two-year break. She has just completed her second year.

“Yanelle Powell will take over as president this year,” Reilly explained. “One of my goals was to bring in some young viewpoints for DMI and I am excited that have been able to do that. I started my tenure in July two years ago and we began working on grants. Then, COVID came. We have spent the last 15 months focused on COVID and what we needed to do for our businesses. I am pleased to tell Council that we did not lose any businesses, in fact, we gained two. Cookie’s Paper Petals, owned by Anastasia Jackson who is now world renowned, as well as a CBD company. Anastasia has also joined DMI.”

Reilly explained that Third Thursdays has returned now that COVID restrictions are relaxed. The Farmer’s Market, the oldest in Delaware, opened again in the spring.

“We are going to have some live music on Third Thursday and are working to get more food trucks,” Reilly said. “We received our Main Street certification. We also have a board member who is experienced with social media, and they are going to take that over. This is important because that was something the Executive Director did, and this allows them to focus on other things. As you know, we are looking for an Executive Director. We had one who retired and then we had Trish who Milford School District snapped up. Cat Perfetti has had to leave due to personal issues at home that keeps her from working with us. We don’t have the salary and benefits to keep someone here long term, so our goal is to find someone who will be with us three to five years.”

Reilly’s main purpose in speaking to council was to request funding of $30,000 for the Ladybug Festival, a music festival featuring all female artists.

“We are going to have 35 artists, food trucks and vendors,” Reilly said. “We had originally planned to move it to the park where we could spread out, but since we will be completely open as a state on July 13, we are moving it back to Walnut Street. We are holding it during daylight hours this year but are encouraging restaurants and taverns to offer Ladybug After Party events after the festival ends.”

Reilly said that when she requested the funds two years ago, council was excited since it was just after the festival, and they wanted to bring it back again. Last year’s festival was cancelled due to COVID and DMI refunded all but the deposit paid to Gabel Entertainment who held the funds and will use it toward this year’s festival.