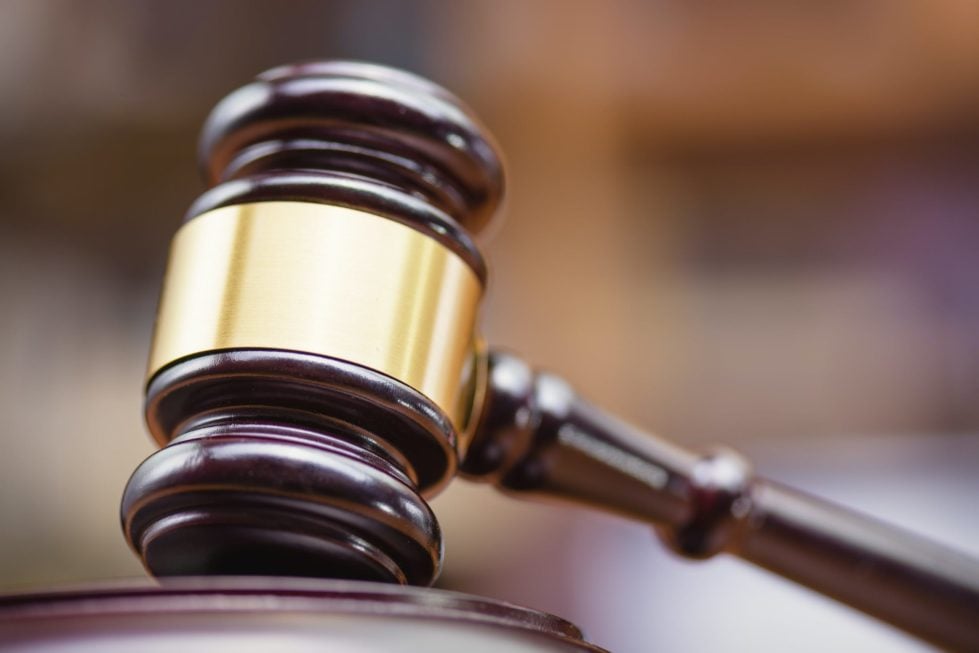 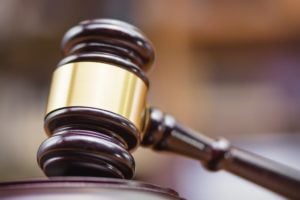 At a recent workshop, Milford City Council heard details from Solicitor David Rutt about clarifications to Freedom of Information Act regulations related to their meetings. Earlier in the year, at the council retreat, a proposal was presented to eliminate committee meetings and simply have selected council members be liaisons to different departments. Based on research done by Rutt, this could be a violation of FOIA.

“I wasn’t at the retreat. I don’t know what the specific charge was to the committee, but from what I heard was for example, ways to come up with ideas on future land use,” Rutt explained. “You’re gathering information. You’re charged to come back to council with comments and ideas. That’s not working together. It may seem educational but once we get the information together, then it’s no longer educational and it’s documented. You have to provide notice and that notice can be simple. On the website or a piece of paper out on the bulletin board.”

Mayor Archie Campbell explained that he had hoped to stop some of the redundancy at meetings. He commented that at committee meetings, council held discusses of one or two hours and, when the item was presented at the regular council meetings, the same discussion occurred. City Manager Mark Whitfield stated that his concern with committees was that one group of council people received more information than the council as a whole. Councilman Todd Culotta asked why every council person could not be on every committee. This would allow all of council to get the information, but a vote still could not occur until the actual council meeting.

“If we go back and look at the topics that we have talked about at our workshops since we’ve been having them since the January, February timeframe, one of the items was sidewalks, okay, that could have fallen under a Public Works Committee,” Whitfield said. “However, it was a committee of the whole because you discuss at a workshop. We talked about the building code and sprinklers. We did that in a workshop. If you wanted to, you could call it a committee, but it was really a council as a whole acting as a workshop. So I think you’re already meeting as a committee as a whole when you’re doing workshops. You cannot vote because it is a workshop.”

Councilman Jason James suggested that workshops become committee meetings in order to avoid adding another meeting to the calendar which already includes two council and one workshop each month. City Clerk Terri Hudson pointed out that when committee meetings began to be scheduled regularly, there were no real topics to discuss, so there was no need for a meeting. Rutt suggested that Whitfield put together a bare-bones outline of what a workshop-as-committee meeting would look like, council could vote to make the change.

“And maybe then at council we could, f we streamline this, which would be wonderful, we could have some open time for our public to actually have a voice at council for a public speaking moment limited to three minutes or something,” Councilman Andy Fulton said. “I mean, because right now we have a lot of people that are very upset that they don’t feel like have a voice to city council. I mean, even though we read their emails, we read their concerns, we do this, we do that, but when they come here to voice something, they can’t voice it. They get upset and I understand that. And I just think we need to have that little allotted time like three minutes. You have three minutes, come to the podium, state name, state your address. Three minutes start now. And at the end of the three minutes that gavel comes down. Thank you very much. Next.”

Mayor Campbell cautioned about allowing open public comment, pointing out that Georgetown and Seaford were dealing with screaming, cursing and outrage at meetings and, when speakers are told their time is up, they are refusing to step down. Councilman Dan Marabello, who served one term as mayor, explained that public comment was permitted when he was in office, and it did not seem to get out of hand. Hudson stated that public comment was only permitted on agenda items and the total time allowed was 15 minutes.

“Milton does it but it has to be about an agenda item,” Rutt said. “Most of the time no one speaks So does Sussex County Council. They do that and you have to sign up ahead of time. Give your name address. What agenda item you wish to comment on.”

Councilman Culotta pointed out that those requirements, signing up, providing details and letting the public know they only had a three minute time limit would help control any unruliness. Mayor Campbell reminded council of a gentlemen who was told he had three minutes, he spoke for five and when the mayor hit the gavel to tell him his time was up, “he went nuts.” Rutt stated that each speaker would have to know the parameters before the public comment part began. Both Councilman Culotta and Councilman Fulton were emphatic that the public had a right to be heard.

“The only issue I know I’ve dealt with in the past and public comment is you will get someone that asks a question that wants an answer immediately,” Whitfield said. “And we always had a policy that that will take your question back to you ,but they cannot debate staff members or others. You as a council person can be put in a spot where you have to give an immediate answer without time to either think about it or research.”

Councilman Culotta stated that it must be clear that this is not a debate.

“It’s not a debate. It’s a three minute and stop. We have to look into it,” Councilman Culotta said. “I just I don’t think you’re going to have that many people. How many people were in the audience during the regular council meetings, just on items that they felt passionate about, but it certainly looks good to allow them to speak.” Rutt pointed out that at Sussex County Council, public comment is at the very beginning of the meeting and once there is no one else signed up, it ends.” Whitfield asked if public comment would be permitted at any meeting and several council members felt it should just be formal council.

In addition to discussing the policies under FOIA for public comment and meeting attendance, Rutt suggested a few changes to the regular agenda and pointed out that it is recommended that the solicitor run the public comment portion of the meeting in order to keep more control. Once the public comment session ends, the mayor or whoever is running the meeting would take back over.

“And you know, I hope some of my comments don’t make some of you mad. But I am going to say it any way,” Rutt said. “You can’t do things like “Gee, I rode by there and it looks like a great project. And I wish you well.” You’ve now injected yourself into the project, You need to focus any comments strictly on the application. Why do you have two parking spots instead of two and a half? What’s the best? Something that is getting information.”

Councilman James stated that sometimes the meetings got out of hand because of the actions of council.

“We get loose and go everywhere, including non-agenda items, or we’re on a specific topic, then we start talking about a topic that’s not related to the topic that we’re talking about,” Councilman James said. “That’s what draws our meetings out far as I am concerned.”

Councilman Culotta again pointed out that it was the responsibility of the mayor to control the meeting.

“Well. I think I think city council is a great place for the exchange of information. One of the things that frustrated me on Planning and Zoning was here’s the planning zoning. Here’s the ordinances that city council has put in place. We are voting on this, and it doesn’t matter whether or not you really agree that that kind of thing should be at that certain location,” Councilman Fulton said. “If it’s allowed by the zoning, then you have to vote according to what’s written. And that’s how come there’s a lot of votes that are eight to zero and so on and so forth because they’re voting based upon what the rules and regs say not what their constituents say. And that’s why we’re different. Because we have the constituents that are feeding us different information. And we’re not only voting on the rules and regs, but we’re voting on our constituents wishes.”

Another issue that Rutt pointed out was that the virtual meetings code did not allow for members of council or commissions to use virtual options in place of attending in person unless there was an illness, they were away on vacation or were working at the time of the meeting. Members should not simply decide to attend virtually because they did not feel like coming into chambers.

“You know what, if you live in town, which we all do and you’re in town, and your health is not a factor, I think you should make every effort to be here. However, it is a new age, the technology is here,” Councilman Culotta said. “I can tell you we’ve paid a lot of damn money for this technology. I understand what that means, that Dale and his staff need to be here for every council meeting, because it’s a live event and so be it. But my point is that I think with where we are with technology now, I should be able to attend this meeting from anywhere. But I should make reasonable effort to get here if I can.”

Rutt stated that he understood, but that was the way the statute is written. Whitfield stated that he believed there was pending legislation that would require a quorum at the site of the meeting or it could not be held. Another issue that Rutt addressed was extended conversations with no bearing on the subject to be voted upon.

“For instance, at the last meeting, there was a lot of discussion about a stop sign on South Walnut Street,” Rutt said, “There wasn’t a motion and what happened is Mr. Puddicombe made a suggestion or a recommendation that go to DelDOT for traffic study. That’s what should have been voted on. Eventually, the motion passed but after a long discussion.”

Councilman Culotta stated that this circled back to the need for a public comment section of the meeting as there were several people in the audience who thought they would be able to speak. Since it was not permitted, he felt it was his duty to express their thoughts on speeding on South Walnut Street. Rutt explained that he understood that but when the DelDOT recommendation comes before council, that same discussion will happen again. Hudson pointed out that under parliamentary procedures, one person speaks and does not speak again until everyone else who wants to speak does so.

Whitfield stated that he would create a draft of what a committee-workshop could look like and look into some of the other suggestions to present at a future council meeting.