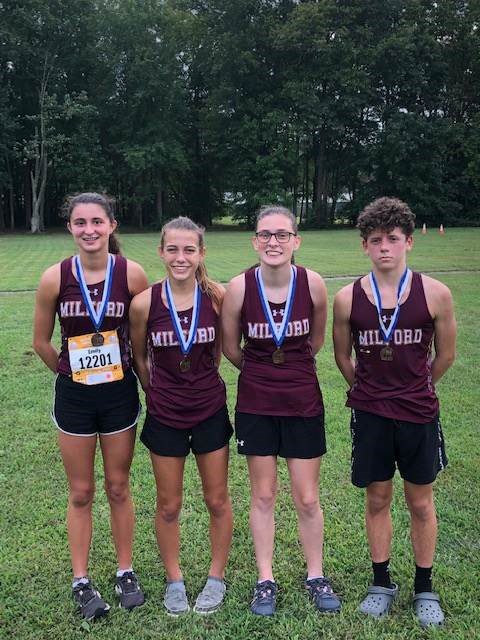 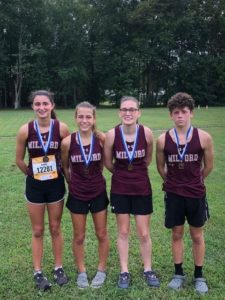 One of the more underappreciated sports during the fall season is that of cross country. With the season just getting underway, this year’s Buccaneer team is hoping to build off a winning season from last year, when both the boys and girls teams finished with 4-3 records. While Milford has not quite gotten off to the fast start it has been hoping for, their improvement has been steady.

After the pre-season Lake Forest Festival and opening meet losses by both the boys’ and girls’ teams at the hands of a very strong Caesar Rodney team, Milford is starting to get it together. Having spoken with coach Lance Skinner multiple times about his philosophy, it is obvious that it is not where we start the season, but how we finish it.

This past Friday Milford took its first major step as it performed well at the Middletown Invitational held at Lums Pond State Park. For the meet the boys’ team would finish third out of 12 teams, while the girls were in the middle of the pack with a sixth-place finish. “It was a good showing for us this past Friday, everyone is rounding into shape. I understand that all of our athletes run all the time, but competitive cross country is different, you have to build yourself up to peak at the end of the season,” Skinner stated.

Individually, the girls were paced by sophomore Faith Mitchell finishing seventh. Mitchell is coming off a solid freshman campaign and is someone to keep an eye on for the future. Mitchell has recorded the fastest 5K in Milford history, that was back as an eighth grader in 2019. Fellow sophomore Jorja Willey finished a very respectable 14th and is continuing to improve. Also of note is senior Taylor Humes who came in 14th in the JV event.

On the boys’ side, the top finisher for Milford was junior Eric Perry who finished seventh. While Perry has been steadily improving, he has goals of going much further than seventh place in an early season meet. He would like to break the Milford top 20 and go on to compete in college. “Eric is the type of runner who keeps putting in the work and keeps moving up the ladder. He is going to get better this season and I believe he has a very bright future in this sport and in life,” Skinner said.

As for the overall state of the team, Skinner has liked what he has seen so far. “The team is looking solid again this year.  Although we graduated five senior boys in 2021; we are rebuilding with a solid group led by Eric Perry and Nate Waydelis.  Perry committed his summer to running and is already seeing the benefit after medaling in both invitationals that we have competed in this month.  On the girls’ side, the group is led by Faith Mitchell along with Jorja Willey and Brianna Thompson.  The entire group has come together with a strong work ethic this early season, which should peak during the championships in November.  We have also added two eighth graders (Avery Richard-boys) and (Samantha Hudson- girls) who have made a positive impact on the team.