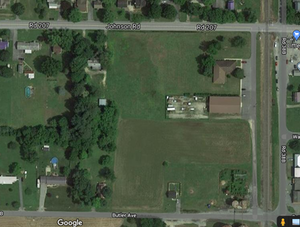 Sussex County Planning and Zoning approved a request from Dollar General to build a new retail location on Johnson Road in Lincoln. The approval in September 2020 followed a denial a few weeks before due to parking issues. The approval of the new store encouraged the United States Postal Service to consider building a new post office for the Lincoln area in the same location as the Dollar General.

The new store will be 9,100 square feet and originally had a request for 39 parking spaces with some located in the front setback. The commission denied the request, asking that Dollar General come back to them with a new site plan that did not include parking in the front.

“One area which we are balanced between development cost and customer need is parking requirements,” Dawn Minagil wrote in a letter submitted to Planning and Zoning. “Our stores average 15 to 20 transactions per hour. WE have estimated and confirmed that 30 spaces will accommodate the customer flow rate that our business generates. This standard has also been sufficient for traffic generated at the peak Christmas season.”

The new store will be located on a vacant lot next to Richard Y. Johnson and Son. Dollar General expressed concerns about changing the site plan due to constrictions on the property related to the fence and septic location used by Richard Y. Johnson. However, the second plan was feasible and would meet the needs of the store, according to a letter submitted by Jonathan N.H. Street, Civil Designer for the project.

“The new plan moved parking out of the front setback and reduced parking spaces,” Kim Hoey Stevenson, Vice-Chairman, said. “That is an area where a lot of people walk places and I don’t think that will be a problem. The only other concern I have, I brought up last time. There are still a lot of houses around there and I want to be sure that the lights are not shining into everyone’s home.”

The preliminary site plane was approved unanimously with the modification that all parking lot lighting be downward screened.

It is not known when construction of the new store will begin.