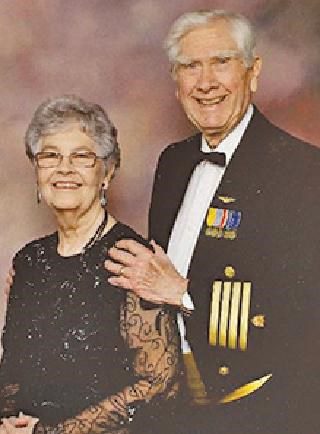 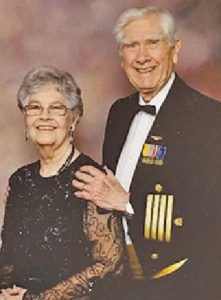 Former Milford Mayor Herman “Ham” McNatt passed away on July 15, 2021. His death was recently announced along with the death of his wife, Dorothy Kathryn “Dottie” Watson McNatt, who passed away July 20, 2022. The McNatt’s requested that services be delayed until they could have one together, according to the obituary.

McNatt was born August 7, 1924, and his father died when he was very young. He and his younger brother lived on Maple Avenue, next to what was the Milford Icehouse. He was given the nickname Ham by a younger cousin who could not pronounce his name. In an article written by Barbara W. Jones for the “Delaware Digest” in 1974, McNatt claimed that he had a good life even if it was not affluent.

As a child, McNatt played ball in empty lots, ran errands for his mother, fished and hunted around Milford just like others in town. He graduated from Milford High School in 1942 and decided to leave his hometown soon after. He and his cousin, Lloyd Elton, got a ride from a truck driver who often traveled to Baltimore where they rented a room and applied for jobs at Glenn L. Martin Company. During that era, the company built airplanes but later built spacecraft.

After two years with Martin, McNatt left to join the Naval Aviation Cadet Program, an interest he had even as a small boy, but one that was out of reach due to his family finances. McNatt began his training in Corpus Christi, Texas, but transferred to various schools to complete the program as required by the Cadet Program.

McNatt had known the woman he would eventually marry all his life as Dottie grew up in Milford and their parents were friends. It was not until 1943, however, that things grew serious between them. Their courtship consisted mostly of letters as McNatt were still in the Cadet Program. Most of the letters McNatt sent to Dottie were covered in his sketches and she kept most of them over the years. The couple married on August 14, 1944, and she became a military wife, joking once that she had “cleaned kitchens from one end of the country to the other.”

McNatt then embarked on a 30 year career with the Coast Guard. In a 1974 Delaware State News article, McNatt commented that he was the “second greatest pilot in the Coast Guard. Only second greatest because I am also modest.” He also labeled himself an “old sea dog.” While in the Coast Guard, he rescued stranded boaters, flew supplies and equipment overseas and isolated Eskimos. At one point, he was captured by Cuban revolutionaries. While in the Coast Guard, McNatt claimed he did everything but go to sea as he suffered from severe seasickness. When he retired, one of his duties was on a special task force whose mission was to slow the flow of marijuana from Mexico to the United States. He served on that task force with former United States Attorney General Richard Kleindienst.

While McNatt was serving the country, Dottie remained home, minding the children and keeping the home fires burning. The couple moved back to Milford in 1972, purchasing the former Grier house on Kings Highway. Although the couple had grown up looking at the stately home, they never dreamed they would eventually own the residence built in 1929. The reason the couple returned to Milford was that they still had family in the area and owned several properties in the town, including a cottage at Slaughter Beach.

After they had been back in Milford around two years, friends approached McNatt and asked him if he wanted to run for mayor. At the time, the current mayor, Logan Grier, had expressed an interest in stepping down. After discussing it with Dottie as well as former mayors who were glad they chose to serve, he put his hat in the ring. After his election, his focus was to beautify the city, connect additional residences to a central sewer line and to convince areas outside the city to consider annexation.

Outside of his office, the McNatt’s enjoyed many hobbies, some they shared with their children. An accomplished artist and craftsman, McNatt gifted his paintings to friends and family while selling some as well. He also did “scrimshaw,” a type of etching on ivory plus he had a talent for making “modern antiques,” creating new pieces that look exactly like their earlier period predecessors. The entire family enjoyed hunting for antiques and one room on the third floor of their home was dedicated to a toy collection. McNatt also collected ship models and owned a large model of the S.S. Delaware built originally around 1850. He refinished and restrung the masts on the model.

A funeral service for both Ham and Dottie McNatt was held on July 22, 2022 at the Lofland Funeral Home and they were interred in a plot in the Milford Community Cemetery. In lieu of flowers, the McNatt’s requested that contributions be made to the Milford Museum (https://www.milforddemuseum.org/get-involved/make-a-donation/).