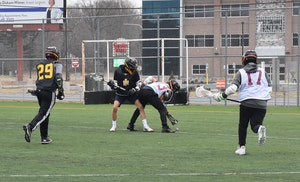 Last spring was supposed to be a big one for Milford boys’ lacrosse, with a team full of upper-classmen, full of experience and skill, the bar was set high for the Buccaneers. Then came COVID and a season of hope was lost, it was painful to all involved, coach Blake Faulkner’s chief among them. “We were so ready for last season, we were looking forward to making the tournament and winning some games in it. The seniors who had been with the program since their freshman year were primed, and then the bottom fell out. Don’t get me wrong, the decision not to play was the right one to make based on the information we had at the time. However, in my mind last season will always be that of, what could have been,” he said.

What could have been is just that, what could have been. The Buccaneers are about to embark on a new campaign, with a mix of seasoned seniors, all the way down to an eighth grader. Although not devoid of talent, the cohesiveness that comes with experience may be a bit lacking, especially at first. “With younger guys in the mix, you always have growing pains. This season promises to be a growth experience for everyone involved and we are really looking forward to see how the year unfolds,” Faulkner stated. 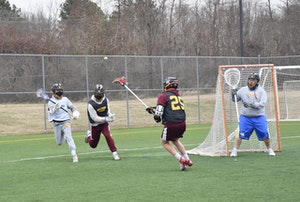 The seniors which Faulkner will look to in providing the leadership this team desperately needs will be captains Matt Hague, Landen Hajek and Bryce Wells. While not a captain, senior Brody McMillan will be expected to be a key leader on the team as well. Hague, McMillan and Wells have all signed on to play lacrosse next season at Delaware Tech. It is a move that Faulkner applauds. “These guys definitely have the talent to play at the next level. There were some other places they may have been able to go to, but this was the wise choice for them, when you consider the current recruiting environment. There is a great deal of uncertainty right now with regards to college athletics, with seniors able to come back for another year. This way the guys can build their game up and wait for the right opportunity to come along for them at the next level,” Faulkner said.

Some of the younger players who will be expected to contribute, primarily on defense, but could see action in the midfield as well. Sophomore Jude Cline will be joined by his brother, senior Cannon, to help shore up the defense. Joining them will be eighth grader John Case along with freshman Seth Taylor. “We are in the same boat as everyone else, with no scrimmages this year, so there will be an opportunity for players that put in the work. While these guys have stood out, I believe there are going to be opportunities for players to move up. Whether they are varsity now or JV, everyone will get a chance to earn playing time. I believe in competition making the team better as a whole,” Faulkner said. 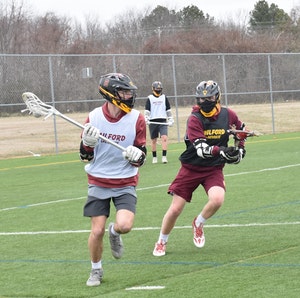 When asked about the team’s goals for this season, Faulkner refused to let youth be an excuse for regression. “Our goal every year is to make the state tournament and strive for a championship. Are those lofty goals? Yes. But we believe in striving for perfections – every practice, every game, every season. That doesn’t change just because we are a little bit younger this season,” he concluded.