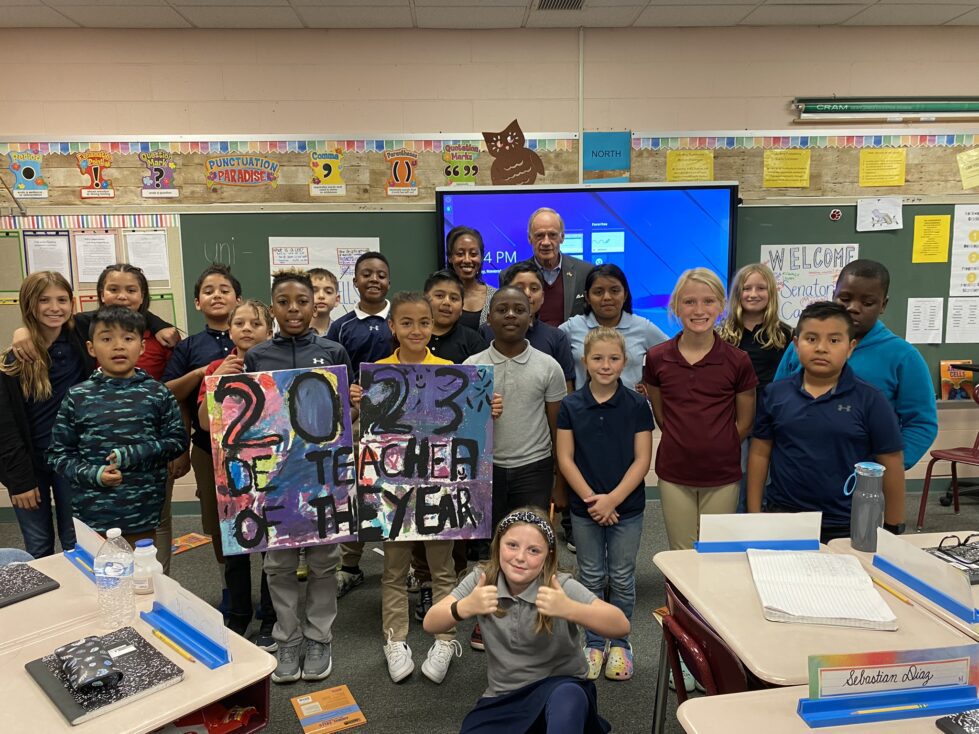 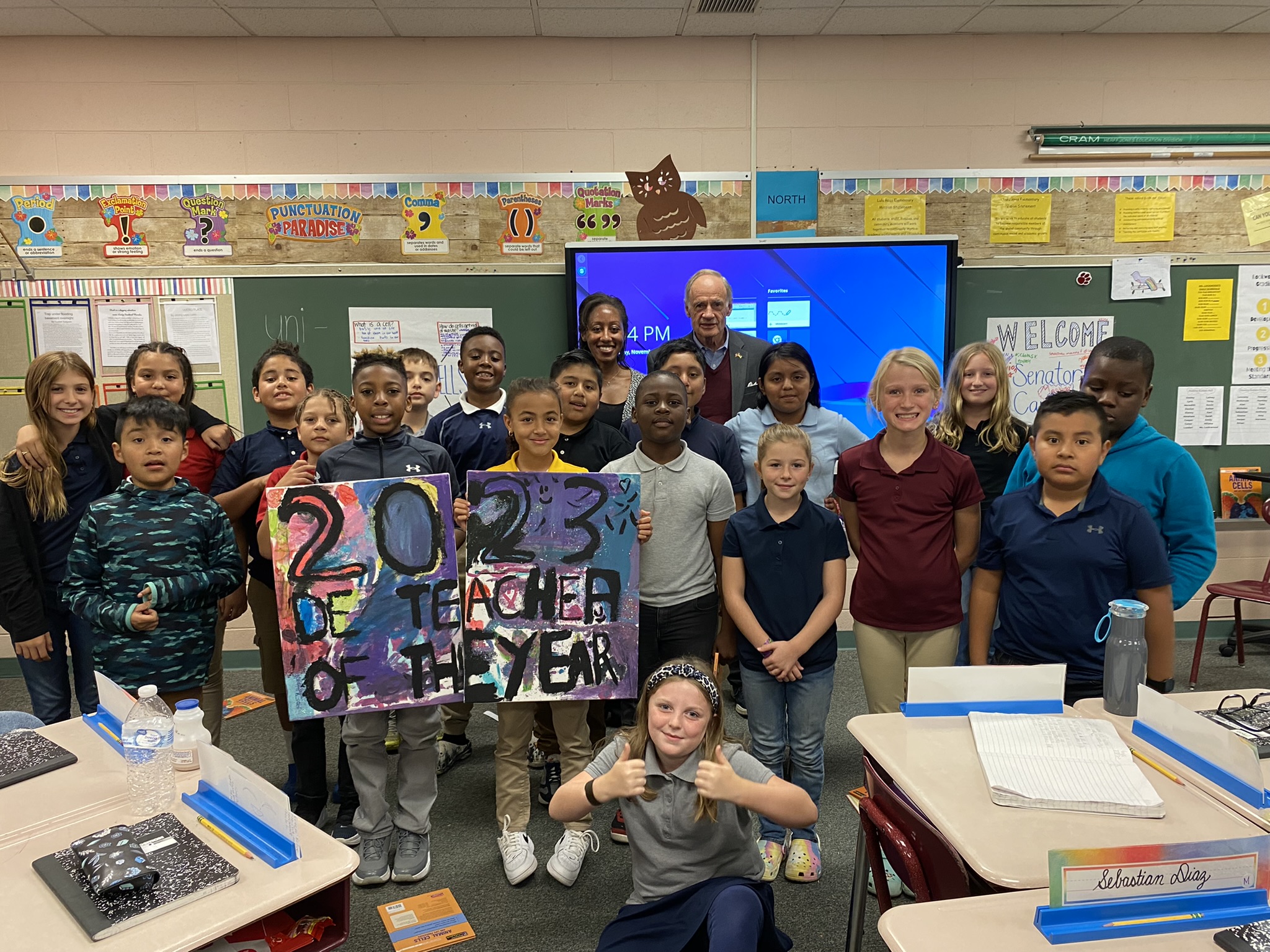 Delaware’s teacher of the year didn’t set out to be an educator.

Ashley Lockwood chose to earn a bachelor of arts in sociology from the University of Delaware in 2010.

She planned to focus on how children interact with each other and develop.

After graduation, she returned home to Seaford without a job and was trying to decide what her next steps would be.

“It was definitely a period of transition,” she said.

After her mom suggested she try substitute teaching, Lockwood returned to the Seaford School District, subbing in several schools.

“That’s when I decided that I wanted to become a teacher,” she said. “That’s what I wanted to do. There was no other career that could connect you with students the way that teaching does.”

Lockwood believes her passion for educational equity is why she took home the 2023 Delaware Teacher of the Year award.

“I teach in a classroom with a lot of students from multilingual backgrounds,” Lockwood said, “so all of those experiences definitely lend to my platform of wanting to close the gap for underserved populations of students.”

She handles the English portion of a Spanish immersion program for fifth-graders at LuLu Ross Elementary School and also leads the Ethnic Minority Affairs Committee for the Milford Education Association.

“Those committees that I lead or am involved with are all centered on that one special thing, closing the gap for students of color,” she said.  “I think for teachers, it’s important for us to find what it is we’re most passionate about in the world of education.”

After she realized how much she loved teaching, Lockwood doubled down and enrolled at Wilmington University’s master of education program the following spring.

After earning it in 2013, she left the First State to teach special education in Dorchester County, Maryland, for three years.

Lockwood returned to Delaware in 2016 when she was hired at LuLu Ross, where she plans to stay.

“I don’t know I’ve ever heard anything negative come out of her mouth,” said LuLu Ross Principal Cynthia McKenzie.

“She’s been asked to change grade levels multiple times, she was asked to take a student teacher with barely any notice, she’s been asked to move her classroom, and her grade level,” she said. “There’s never been a single complaint and she willingly helps out with such positivity and care.”

Lockwood describes the age group of her Spanish Immersion students as the “sweet spot” since the students are starting to come into their own and become independent thinkers and actors.

When administrators observe her class, they always point out how warm and welcoming she makes it feel.

“Her personality is very calm, caring, and in every situation, she is always looking for the positive,” McKenzie said. “Students often tell me that she listens and offers suggestions and never puts anybody down. She’s always encouraging students to do their best.”

Lockwood is all about educating every student, through and through, regardless of who they are or what their background might be, McKenzie said, and her calm personality makes her students feel comfortable and safe.

“I know it helps them learn when they’re in a comfortable and safe place, and I’m proud that I can provide that for them every day,” Lockwood said.

She wants to instill the importance of education in as many young minds as possible.

“I never really had that, and my parents were my only educational advocates growing up as I went through the school system,” she said. “A lot of students do have their parents but there are many who don’t, and I think that teachers have a responsibility to be advocates for our students.”

McKenzie thinks the award is representative of all of LuLu Ross’s teaching staff.

“She’s a great example of how we all care about the students that come into our building and the effort that it takes to be exemplary educators,” she said.

When she leaves LuLu Ross, she likes to spend time painting.

When the weather is warm, Lockwood said she’ll spend plenty of time at the beach. Until the calendar hits June again, she’ll be doing a lot of shopping and trying different sushi restaurants in her free time. 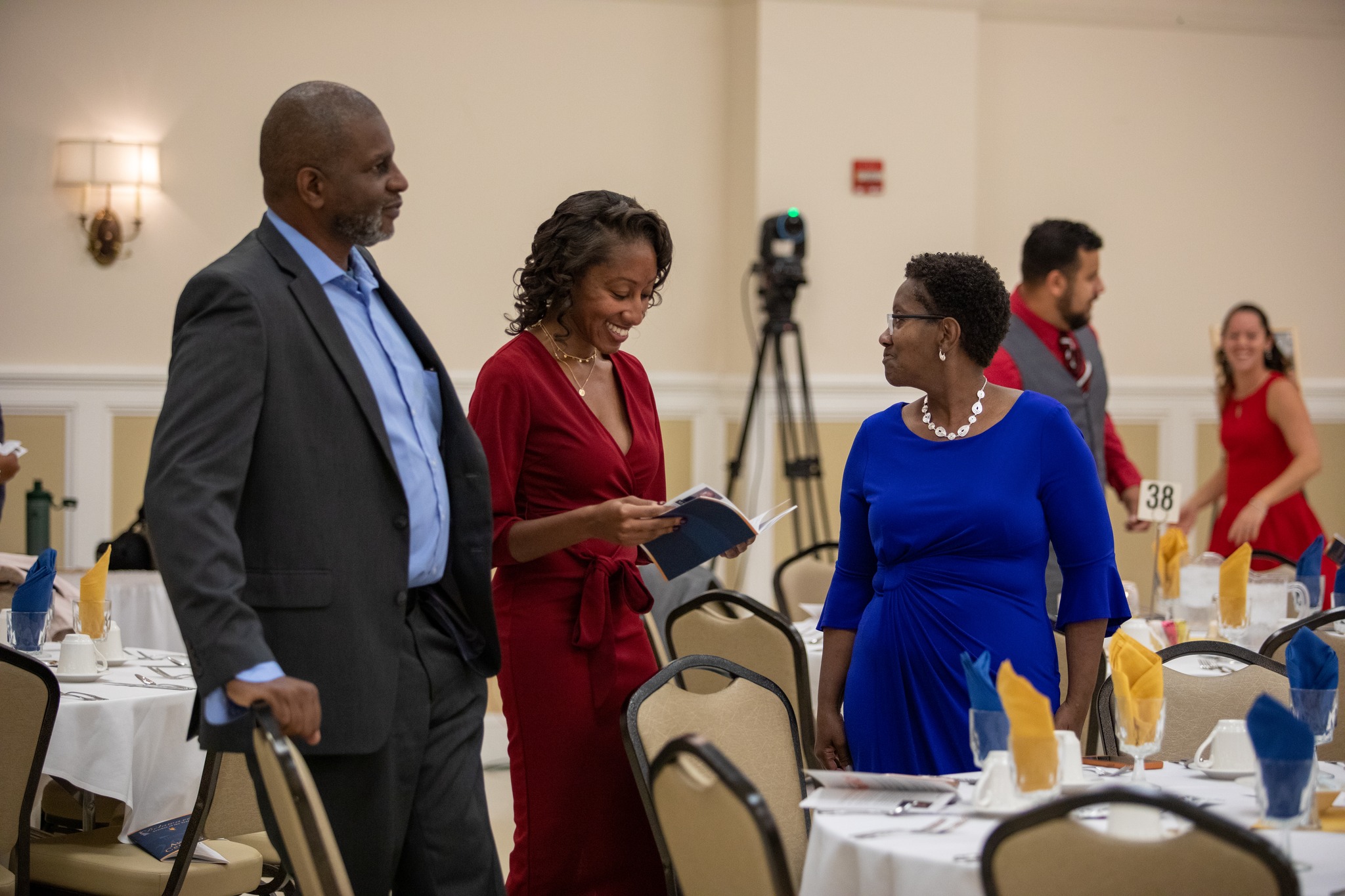 Ashley Lockwood arriving at the award ceremony in October. (Delaware Department of Education)

Lockwood said she still loves getting lost in the rabbit holes of sociology.

“Sociology is always in my heart since that was my undergrad major,” she said, “so anything relating to sociology, I try to stay up on and read sociology books, especially when it ties into education.”

One of her favorite books she uses in the classroom is “The Name Jar” by Yangsook Choi.

It’s about a Korean girl who moves to the United States and is afraid to tell her classmates her name because she’s embarrassed that they will miss pronounce it or make fun of her.

The book helps Lockwood exemplify the welcoming environment she tries to create in her class.

“I know so many of our students have been in that situation where their names have been mispronounced all the way through their school career,” Lockwood said. “I use that book to celebrate the diversity in our names, to be proud of who we are, and to respect other cultures around us.”