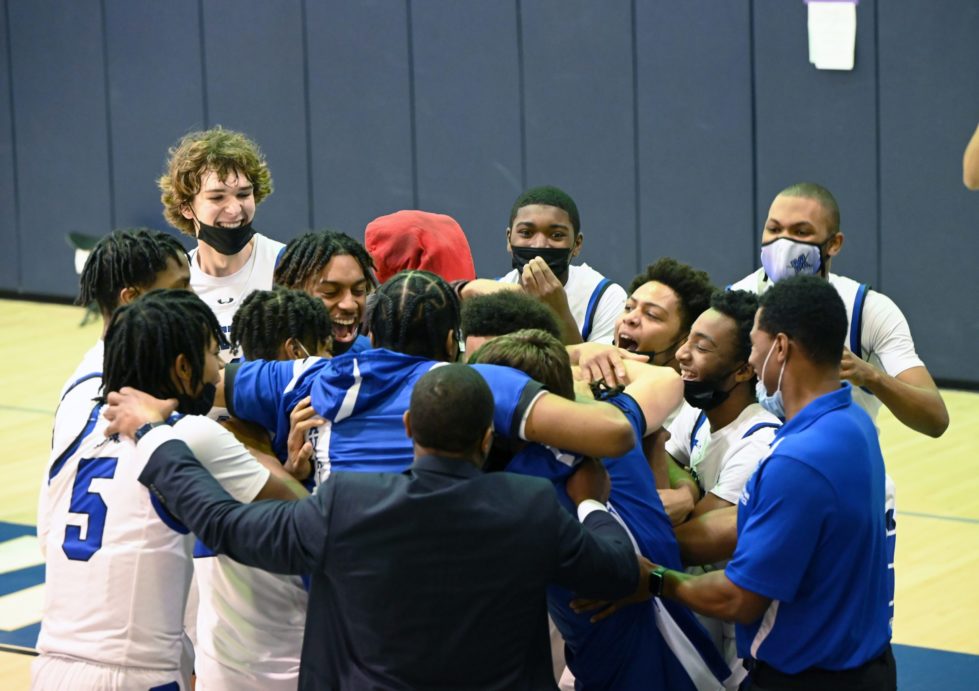 The 8th ranked Middletown Cavaliers dominated top-ranked Seaford for 3 quarters and led by as many as 12 points until the Blue Jays responded in the final quarter to make the game close at the end. Middletown held a 10-point lead with 7:00 to go when the Blue Jays went on a run over the next ninety seconds. Brent Ricketts drained a long range jumper to slice the lead to three at 50-47, then Avion Matthews made a left-handed shot high off the glass to bring his team to within a point at 50-49. Senior guard Tyrese Fortune converted 2 free throws, giving the Blue Jays their first lead since the opening quarter, at 51-50. The two teams went cold at the line over the next two minutes until Amir Cunningham calmly “swished” a couple of foul shots to give the Cavs a one-point advantage at 53-52 with one minute to go.

Middletown made a huge stop on Seaford’s next possession – forcing the Blue Jays to foul, sending Jehiah Eldridge to the line. He missed both free throws with just under 12 seconds left. Seaford’s Ricketts drove to the basket and was fouled with just :05 seconds on the clock. To this point, Ricketts was 13-of-16 at the line, but he missed both. The Cavs’ Pope grabbed the rebound on the second miss and was fouled immediately.

Ty Hynson led Middletown with 22 points including 4-three pointers, Jaden Rogers added 16, Cunningham chipped in with 9 and Pope scored 7 points with 7 rebounds and 2 steals as his hustle was a key component in the Cavaliers victory, their 5th straight.

The Blue Jays suffered their first loss to an “in-state” team to fall to 2-2 overall. Ricketts scored a game-high 24 points with three-3’s, Careen Bolden added 12 points with Avion Matthews chipping in with 8