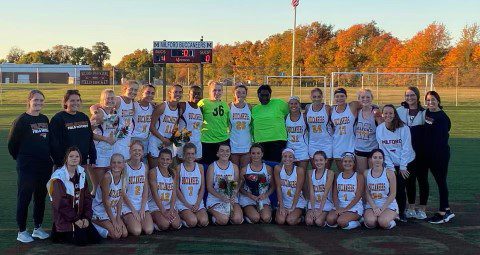 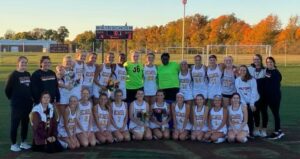 There’s an old saying in sports saying every game matters – whether it’s the season’s first game or the last. Unfortunately for Milford’s field hockey that adage was painfully true in 2022.

Going into the regular season’s final game, the Buccaneers needed a victory against Indian River and some help to make it into the Division I playoff field. Milford got its 1-0 victory and the help it needed, and with its strength of schedule made it into the postseason. Unfortunately, the reward was the eighth seed and a first-round contest against 10-time state champion and top seed Cape Henlopen High School. 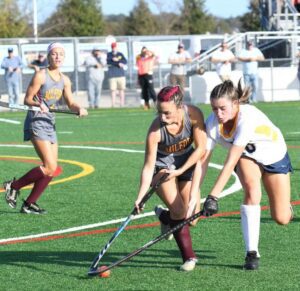 “If we had won against Polytech (a 3-2 loss early in the season), we would have gotten a much higher seed – fourth or fifth maybe,” said Bucs head coach Andrea McPike. “It’s a good lesson to remember that every game counts and they learned that lesson this year.”

With only seven seniors on the squad, Milford was a very youthful squad with four juniors, six sophomores, four freshmen and two eighth graders. Molly Masten, one of the eighth graders was the first player off the bench for the Bucs. The eighth graders were playing because there was no jayvee team this season. 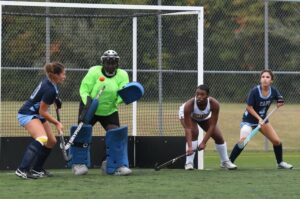 “Our youth is very experienced in games and just getting them to the varsity level and getting playoff experience is a great thing going forward.” McPike said.

Others earning All-Conference honors were junior defender Carley Mackert and senior midfielder Emily Thode, and goalkeeper Melissa Mesidor who made the second team. Senior Rylee Metzner was an honorable mention All-Conference performer as a midfielder. Thode, also a standout wrestler, played in the prestigious Blue-Gold All-Star Game Sunday afternoon. Mesidor was the third hardest netminder to score against in the Henlopen North Conference. 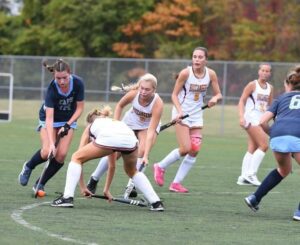 Mesidor shared netminding duties with another senior – Eve Sekscinski, who started as a sophomore and junior, but ceded that role to Mesidor this season.

“It was really hard for her not to be named starter,” said McPike of Sekscinski who earned a scholarship to NCAA Division II Coker University in Hartsville, S.C. “She did a nice job of accepting her role and playing her role on the team. She grew mentally and accepted the constructive criticism this season. I was so impressed with her hard work and acceptance of her role.”

As for the first-round exit against Cape Henlopen, a 6-0 defeat in Lewes, the Bucs trailed only 2-0 at halftime.

“We played tougher and harder against them than we did in the regular season (also a 6-0 loss at Milford),” McPike said. “We made them work harder. We kept the ball out of the middle of the field and their press and kept them pinned to the sideline. They only scored once in the first quarter and once in the second.” 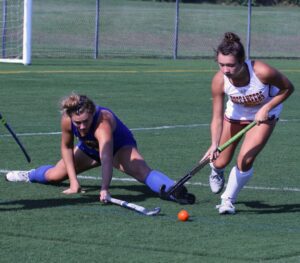 The turning point came in the third quarter with Milford only down 3-0, but then were forced to play 10 vs. 7 for five minutes and 10 vs. 8 for eight minutes after getting three cards and getting players sent off for a certain amount of time. That’s when Cape scored its remaining three goals and put the game on ice.