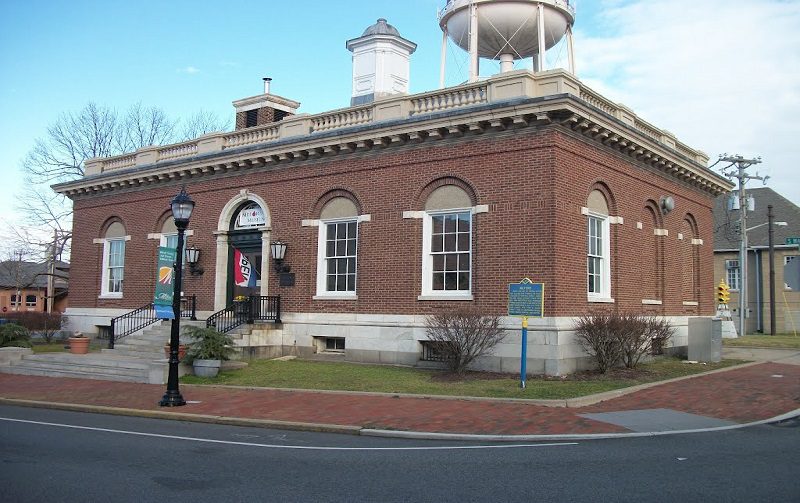 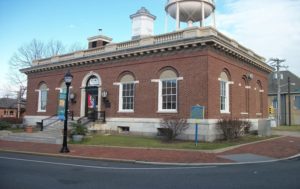 Milford Museum Executive Director Claudia Leister spoke to Milford City Council about how the museum had progressed over the past year. Leister explained that the museum was technically a commission of the city and had been established in 1983, growing steadily since it began.

“I’ve been doing this which was part time supposedly for a couple years and this is 11 years now that I have been at the museum and trying to discover what is in the wonderful collections that we have,” Leister said. “There have been three part time people working at the museum. One of them retired this past year due to health concerns and we realized that it was time we needed a full time museum Operations Manager, someone to be there all the time and to be aware, especially someone with expertise in technology, which I do not have, to work with our websites and work with social media.”

Leister continued that the museum had hired Nicole Rogers who worked as an intern during a few summers and been employed by the state for three years in their museum system. Leister stated that Rogers had “jumped in with great ideas and making a lot of progress already.” Much of the funding provided to the museum goes to getting the word out about the collections. A new History Club has been established at Milford High School. The club contacted the museum and offered to work with them. In addition to the new History Club, Leister stated that they had been working with Dr. Brittany Hazzard, Supervisor of Equity and Support at Milford School District who had been helping with the museum’s new African American exhibit.

“What we’re trying to do is to reach the African American community letting them know their stories are important. Their photographs are important. We have changed this new exhibit and we will be having a big grand opening for that the morning of the Bug and Bud festival and you will all receive an invitation to that,” Leister said. “And we have come up with brochures that will go out to the churches, telling them what we are doing and with so many of the churches being closed now at the moment, we haven’t got those out yet. But with Dr. Hazzard, we have come up with a questionnaire for students to ask them ‘have you talked to your grandfather, your grandmother or what do they know what do they remember what were their favorite things?’ So, we’re trying to get that oral history and to save it there at the museum. “

In addition to expanding and adding exhibits, Leister has discovered that the museum has become a stopping place for new people either moving to Milford or thinking about it. She explained that they stop in because they’ve seen historic houses for sale, and they want information on that. This has led the museum to gather more information on Milford people and Milford houses so that information can be available to the public in order to answer their questions.

“At the same time, that kind of deals with our storage area for our collections. We’ve gotten new rolling storage racks, a new kitchen sink because ours had been there since the 50s,” Leister said. “Lots of things should be at a museum and are because they’re old. We’re adding new collections because people are realizing that we don’t want them to throw these things out. You know the paper things, it’s like old paper stuff? Well, we’re interested in that. We want the tickets from the movies. We want the programs, we want to save this, and our goal is saving the past for the future because if we don’t, nobody else is. “

Over the past few months, Leister stated that more than 300 items have been added to the collections and all of those must be entered into a database. Each item is assigned a catalog number, photographed and documented which, in the past, had fallen to Leister to do on her own. The museum has built up a larger volunteer base, many who have museum backgrounds. They hope to bring back the speaker’s series and had hoped to bring in Orlando Camp in February, but COVID prevented that from happening. She also stated that the museum numbers were down due to the pandemic. In 2019, over 3,000 people visited the museum while in 2020 just over 1,000 were in the building. Visitation did increase in 2021 and organizations are again booking tours while schools hope to return to field trips to the site.

“Our fundraisers that are planned. We’re going to be open during the library’s Easter Scavenger Hunt. We had 200 people and I love it,” Leister said. “When I say to people have you been in the museum before? And so many say ‘oh I’ve always wanted to but I’ve never taken the opportunity.’ So, this gets them in, their family in and they’re surprised because it looks like a small square red brick building outside and they’re surprised how large it seems inside. One of the things that’s also going to be changing and we’re working on with our Operations Manager is installing a small museum store. We figure we really need to take more advantage of the fact that the state bug, the ladybug was due to a classroom and a school here in Milford and that’s why we’ve got the statue out front. We’re working on signage for that so people can understand more. It’s like well, ‘why do you have a ladybug?’ And so especially the kids, you know, like that story.”

Walking tours are also planned for the upcoming year with a tour planned in north Milford in May and one in south Milford in September. Hippiefest is planned for August 20 on the lawn of Causey Mansion. Last year, about 300 people attended the event and Leister hoped council would come listen to the band and pull out their “tie-dye t-shirts” for the event.

“The other thing we started a year ago was our Ghost Walk and that was extremely successful. We had to limit the numbers of people because I just didn’t have enough volunteers to be the tour guides and to lead that and so I have gotten a lot more people enthusiastic about doing that this year,” Leister said. “I did all the research to find who was drowned, was poisoned, was murdered. All of these things that happened specific to Milford and so I have these stories out of the newspaper. We are fortunate to have all of the original Milford Chronicles in the museum and on microfilm reader, we have them able to look out there so I do the research and find the stories and so the ghost walk will go again this year. It will start at the Towers and then come down Walnut Street to end up at Causey mansion. We plan on doing one not just the Saturday night but also a Friday for families because many people asked about that, can we bring our children. We won’t get into all the gory details for the family walk. But more and more people are interested in cemetery tours and ghost walks. And so is that something that we can provide.”

In 2017, Leister stated that the museum received funding from then Representative Harvey Kenton to create plans for an addition on the building. Currently, there are no handicap accessible bathrooms in the museum and no meeting room space. This year, the museum was approached by Representative Bryan Shupe about the project, and he is working on some state funding.

“I wanted to know since you had mentioned the ghost walk and you have more volunteers this year,” Councilman Baer asked. “Is it possible to extend the ghost walk to two weekends instead of just one?”

Leister answered that it was definitely a good idea and that she would suggest that to the events committee which was meeting that week under the direction of the Operations Manager.