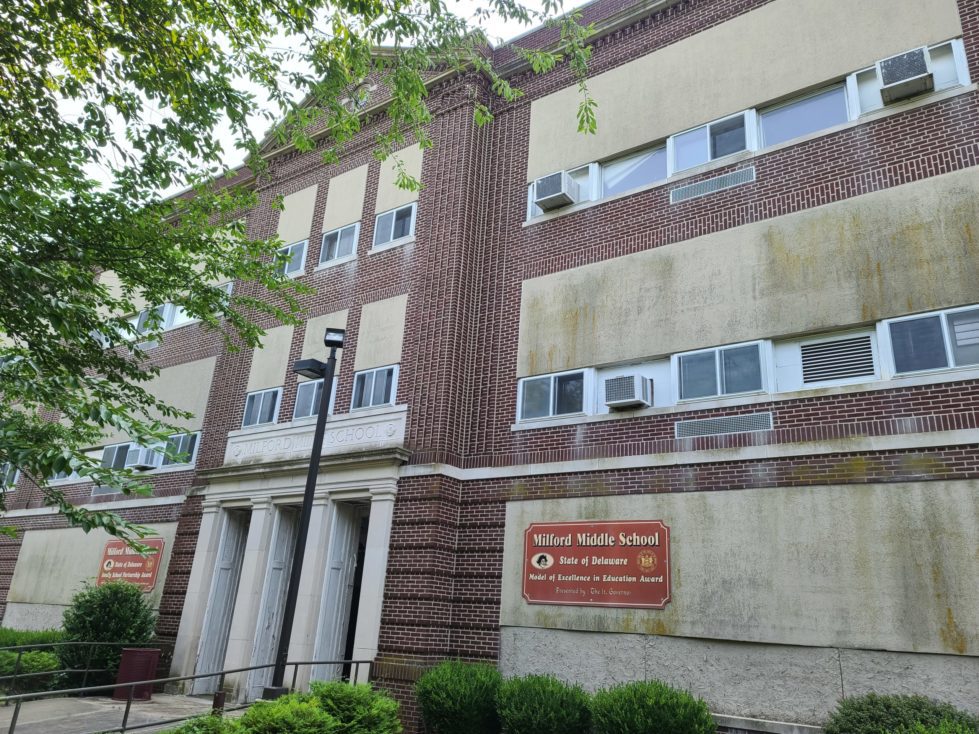 Milford Middle School will be renovated to 21st century standards for fourth and fifth graders, if an October referendum passes.

Update – Fiscal impacts of the project can be found at https://www.milfordschooldistrict.org/referendum

Original Post – The Milford School District announced at a sparsely attended Board of Education meeting Monday that it would be seeking a referendum on the question of increasing property taxes to finance the revitalization and expansion of a historic school property.

It was not immediately clear what effect a successful referendum would have on a property owner’s tax bills.

The site has been vacant for nearly six years after being closed for health and safety reasons.

The plans call for a renovation of the historic portion of the building, which was built in 1929.

The more recent additions would be demolished, making way for new construction better suited to a 21st century learning environment.

Overcrowding has become a problem at the two schools, according to Milford School District Superintendent Dr. Kevin Dickerson.

In 2019, a committee composed of community members, parents, former educators, teachers and board members held public hearings to determine the fate of the property.

The public overwhelmingly requested that the property be used for educational purposes.

With the Board of Education’s approval, the school district sought a Certificate of Necessity to build a 1,000-student 5th and 6th grade school.

The Department of Education issued the district a Certificate of Necessity in Nov. 2020, but the school board opted to postpone the request for a referendum in light of the COVID-19 pandemic.

In a presentation presented by the board, the district emphasized the ‘community aspects’ of the proposed project. According to the presentation, if approved, the project would:

The board voted to hold the referendum on Wednesday, Oct. 27.

Dickerson said that by holding the referendum in the fall, the district would have “more time to present the project to the community and answer any questions the community may have.”

Asked whether the amount quoted for the project would be sufficient given the near-universal rise in materials costs, the district’s chief financial officer, Dr. Sara Croce, explained that a process exists wherein the district could request additional funds from the state to cover differences related to construction costs.

The board unanimously approved a motion to move forward with the referendum.