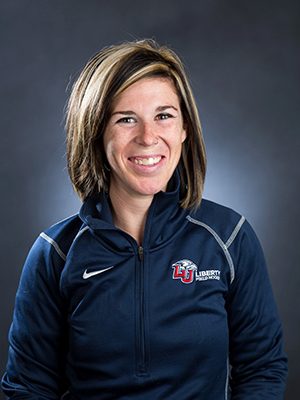 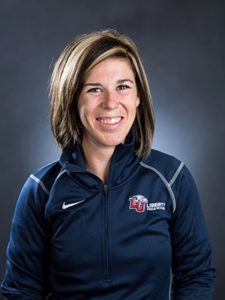 On Friday, Nikki Parsley-Blocker, a graduate of Milford High School, led Liberty University to the NCAA Division I field hockey finals. Liberty won in a thrilling double overtime game.  The team played Northwestern on Sunday which is ironically Parsley-Blocker’s alma mater, with Northwestern coming out on top with a score of 2-0 to take the championship.

For most people, finding your place in the world can take quite a bit of time. For some lucky people however, you know your calling very early in life. In the case of Parsley-Blocker, she knew very early on that she wanted to be involved in athletics “I have always loved competing, it runs in my family. By the time I was in high school I knew that I was going to be involved in coaching.” Parsley-Blocker stated.

During her field hockey career at Milford, Parsley-Blocker was an All-State selection on multiple occasions. She parlayed he success into an athletic scholarship to Northwestern University. While attending Northwestern, Parsley-Blocker excelled both on the field and in the classroom, earning Big 10 All-Academic Honor’s three years.

It was not just on the College level in which she excelled; Parsley-Blocker also excelled on the international stage as well. She was part of the U.S. National under-21 team in 2012, after being on the under-19 team the year before.

“It was so fantastic to be able to play on a stage like that, against such high-quality competition. Parsley-Blocker added “It was great to meet people from all around the world, playing a sport that God gave me the gift to use. It has been my faith that has led me to this point in my life, I owe it all to the blessing’s he has bestowed upon me.”

It was her strong faith in The Lord which led Parsley-Blocker to make one of the most difficult decisions in her life. A successful assistant coach at Yale University, she was approached by Liberty University to join their staff. The renowned, faith-based college wasn’t offering her a promotion, nor a lateral transfer, she was being asked to actually take a step down on the coaching ladder.

“It was one of the most difficult decisions of my life. I was very happy at Yale and there was a lot of hesitancy on taking a step down in the coaching ranks.” Parsley Blocker added “When it came down to it, I listened to what I was feeling in my heart and what my faith in God was telling me when I made the decision to come to Liberty.”

During her first year as an assistant coach Parsley-Blocker felt that she had made the right decision almost immediately.

“The staff and the athletes here are very special. We represented the University with pride, dignity, humility and compassion. I knew right away that this was the place I wanted to coach at.”

There was much more in store for Parsley-Blocker and a lot quicker than she expected. Following her first year on staff, the head coaching position opened up. Liberty and Parsley- Blocker felt she was the perfect fit.

“It was pretty incredible the way things unfolded after my first year. I want from being almost at the bottom of the coaching ladder to being in charge.”

When asked about the change in duties, Parsley-Blocker was quick to respond, “It was like trying to drink water out of a firehose.” She said laughing “There was so much more involved than you know about. It wasn’t that I was ill prepared, it was just that it happened so suddenly.”

Success has been impressive for the Liberty program under her leadership, as they have been
consistently near the top of the Big East standings. While the Big East is an impressive conference on its own merit, Liberty has made it a point to schedule tough out of conference competition. Perennial powerhouses such as Virginia, Duke, North Carolina and Wake Forest are
just some of the nationally ranked teams her squad has faced.

“We feel that the only way to get better is to play the best, and that is what we do.” Parsley-Blocker continued ‘There are easier ways to get wins, but there is no easy path to success by avoiding challenges in life just because they are difficult.”

Recruiting has always been a part of a coach’s job and it is no different for Parsley-Blocker.

“Recruiting is half the battle. We aren’t just trying to find field hockey players either. We are trying to find student athletes who represent the values of Liberty University. We have a very high moral and ethical code here; we are a faith-based college and are seeking like-minded players.”

Speaking with Parsley-Blocker’s father, Milford wrestling coach Don Parsley, he believes that the success his daughter is enjoying today is because of all she was exposed to athletically as a child.

“We went from softball to field hockey, the goal being to always find the best coaching for her. Not just athletically, but to develop her character as well.”