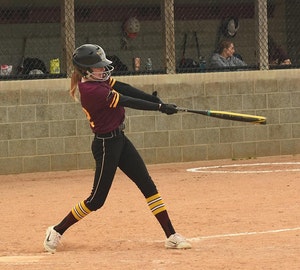 She’s been waiting a long time, but Mackenzie Reed is finally set to begin her tenure as the head softball coach at Milford High. 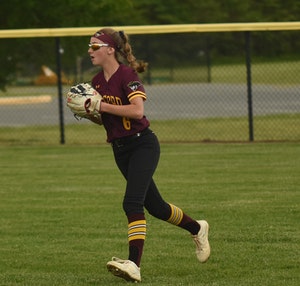 With last year’s spring season wiped out due to the Coronavirus pandemic, first-year coach Reed has been patiently waiting more than a year to get things started and is excited to see what her team can do on the diamond when the regular season begins Tuesday, March 23 at Cape Henlopen High.

“We’re really excited. I feel like we’re little puppy dogs stuck inside and now we’re finally getting to go outside and play,” Reed said. “It’s kind of a new group … We have a lot of returners, a couple of girls who didn’t return from last year, we have obviously a new eighth grade class, a few girls who didn’t try out last year as eighth graders, so it’s kind of a brand-new team in a way, so that’s exciting.”

Coming off a 7-11 campaign in 2019, Reed knows there will be some growing pains as she begins the rebuilding process of the program. But that doesn’t mean she doesn’t have high hopes for the team she’s putting on the field this season.

Led by captains Haleigh Baker and Ashley Bullock, the Bucs’ roster is composed primarily of underclassmen. Baker, a senior, and Bullock, a junior, were voted captains by their teammates and will be leading a roster that includes a combined 10 eighth, ninth and 10th graders. The remaining seven players include juniors and seniors.

“They’ve led by example in more than one area,” Reed said of the captain duo. “So, it’s not just their job at a specific position, it’s hustling from the moment practice starts until the moment that it ends, and even past when it ends on several occasions they’ve stayed after and got work in, and that’s something that as a coach you want to cry … When they do it, especially at the level of play they are at right now, when you see someone and you think, ‘wow, she is really good at her position and she’s still staying after? Of course I need to stay after.’ They lead in every area of the field, in the classroom, and what they do in their everyday life.”

Baker’s leadership and communication as the starting center fielder will be crucial to keeping the outfield working together. Bullock will be the key to the infield as she holds down the left side of the field at shortstop.

It wasn’t set up on purpose, but it works out that one captain is in the infield and the other is in the outfield.

“It’s a big deal, especially with communication,” Baker said of the captain situation. “In center, you see everything and besides the catcher you’re the eyes (of the field), so it’s good to have a lot of communication out there.”

“I’ve been at shortstop here mostly before the games and I think it’s working well for everyone,” Bullock said. “I kind of get a full view of everyone and we all just work together. We know how to talk to each other and know who has priority over the ball and stuff like that. I think it’s good to have both of us out there.”

Inside the pitcher’s circle, Reed believes Khylia Reynolds will be the go-to starting pitcher heading into the season, but there are other girls who are in the mix and will make an impact this year and beyond.

“Our No. 1 starter is sophomore Khyliah Reynolds, she’s just impressive with her presence on the mound,” said Reed. “I know I haven’t seen her in the game, but when I see her throw in live situations at practice and even in the bullpen, just her accountability for herself is super impressive — especially for a sophomore. She’s got great speed, great command … of course there’s always room for improvement, but it’s what you want to see in your starter.”

The lone eighth grader on the team, Lara Pink, is likely to be behind the plate. There are a handful of other catchers on the roster, but they’ll be seeing time at their primary positions.

Though the program did not have enough players to field a junior varsity squad this season, Reed is excited about the turnout, in terms of numbers, this spring and is hopeful for the program’s future.

“The numbers are actually a little bit more than what I was expecting,” she said. “I had seen what was going on in the fall and the winter and was a little bit discouraged from those turnouts, but I think because we’re a little later in the year, people are a little more comfortable with their situations. Still not enough, unfortunately, for a J.V. team, but I’m excited about this group. I’m excited about taking this group and setting the standard for the years to come.”

Reed, a former standout catcher at College of Charleston, is joined this season by assistant coaches Kevin Barkley, Marcy McKee and Taylor Rettano.