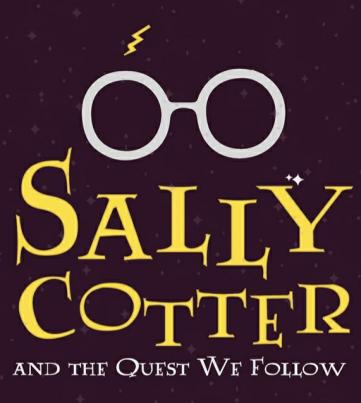 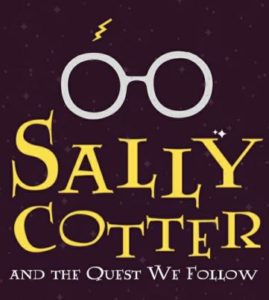 Sally has just bought a copy of the final book in her favorite series of novels.  But, if she finishes reading it, will the magic…..be over?  As she sleeps on it, Sally drifts off to dreamland to Frogbull Academy of Sorcery in this final installment of the series.

Directed by Michael Forrest, Deanna Forrest and Guy Crawford this children’s theater production finds Sally Cotter with the help of Professor Albatross Underdrawers and pals Dave and Harmonica looking to uncover the secret of the MacGuffix and facing the evil Lord Murderdeath in a final showdown.

Whether you have visited Frogbull Academy before or if this is your first time in Sally’s magical dreams, this wild satire of fandom, fantasy and a certain magical book series is the loopy comedy for you.

The cast includes Bella Howard as Sally Cotter; Erin French as Esther; Shayla Stewart as Melissa and Colby Crawford as Dave. Harmonica will be played by Amy Deo, Ursa by Kierstin Shockley and the villain, Murderdeath will be played by Gabriel Fennemore.

Professor Underdrawers will be played by Minor Hardin, Professor Shape by Jennifer Potocki, Ryebread by Lindsay Soja and Racoc by Arthur D. Paul. Playing both Hezekia and Gildelily is Susan Newark, Bumbershoot and Vulpecula is Lauren David while Ryan Hacker will play Horntooter, Sidusnocte and Lupus.

All performances of “SSP Presents: Sally Cotter And The Quest We Follow” will be at the Riverfront Theater, 2 South Walnut Street in Milford and are scheduled for May 20, 21, 22.  Friday and Saturday shows begin at 7 p.m. and Sunday shows begin at 2 p.m. Friday Night performances are pay what you can, donations only.  Saturday and Sunday ticket prices are $5.00 Child / $10.00 Adult.  All tickets are sold at the door.