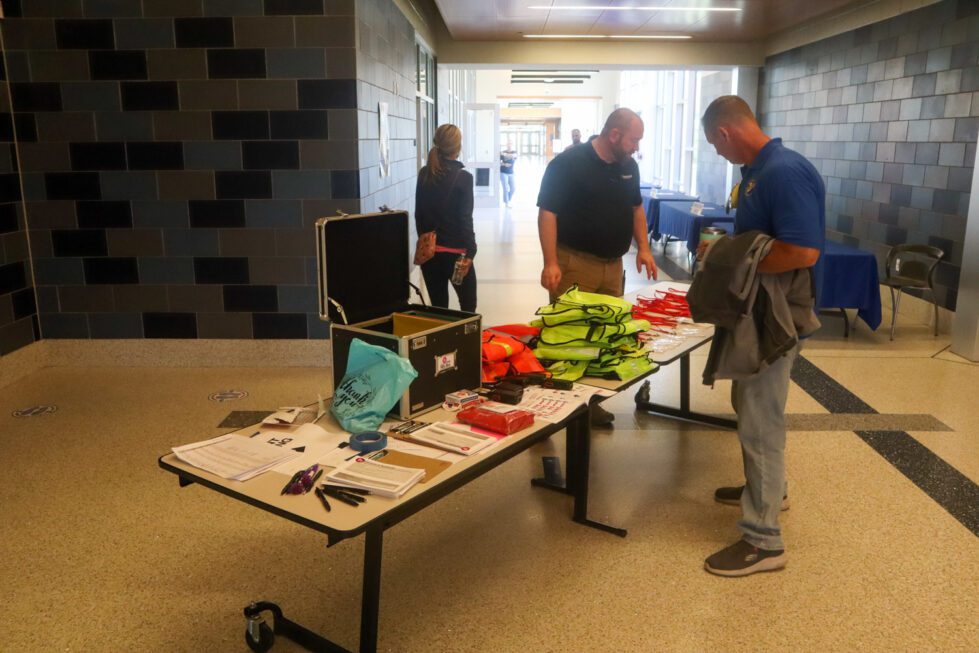 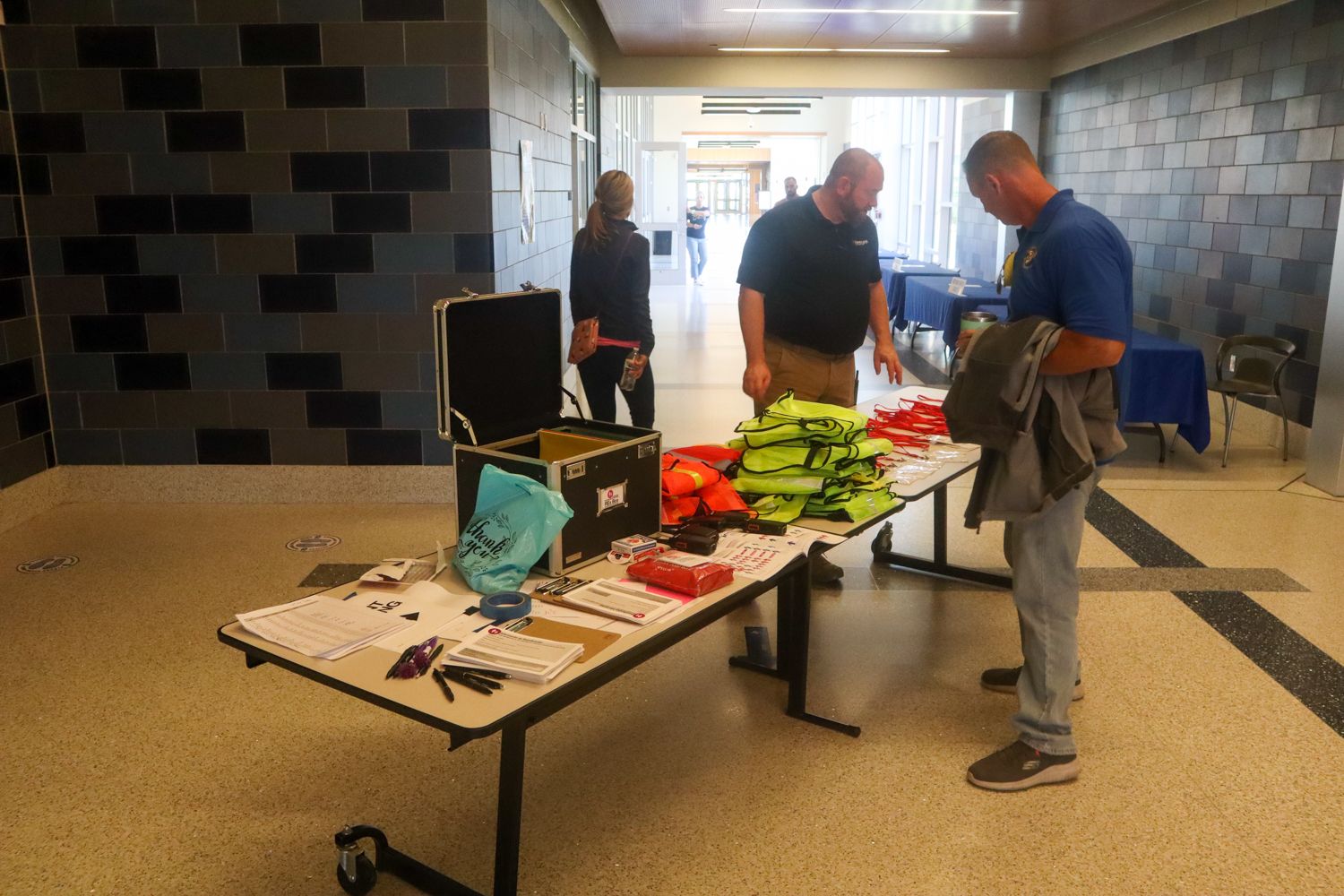 In a statewide effort to ensure school safety, six training sessions on reunification have been held in Delaware in August.

They were there to listen to and participate in a program focused on how to help families find each other after a school emergency.

The training describes how to create a team in which each member has a specific task to put families back together and document where children are.

That will usually happen at a dedicated site away from the school.

The Delaware Emergency Management Agency has partnered with the I Love U Guys Foundation to offer training for all three counties.

The Dover one ran Tuesday and Wednesday. A Sussex County training at Sussex Academy of Arts and Sciences began Thursday and ends Friday. A New Castle training at Brandywine High School took place Aug. 1 and 2.

The I Love U Guys Foundation was created in 2006 by Ellen and John-Michael Keyes following a school shooting at Platte Canyon High School in Colorado that took the life of their daughter, Emily.

Since then, Keyes has made it his mission to do everything in his power to prepare schools for a way to unite families after a shooting, tornado or any other crisis.

The foundation offers free downloadable crisis recovery and prevention plans on their website.

It uses what the foundation calls the “Standard Reunification Method.” Districts in Texas, Wisconsin, Indiana, the Carolinas, Virginia, Colorado, and Oregon have adopted it. 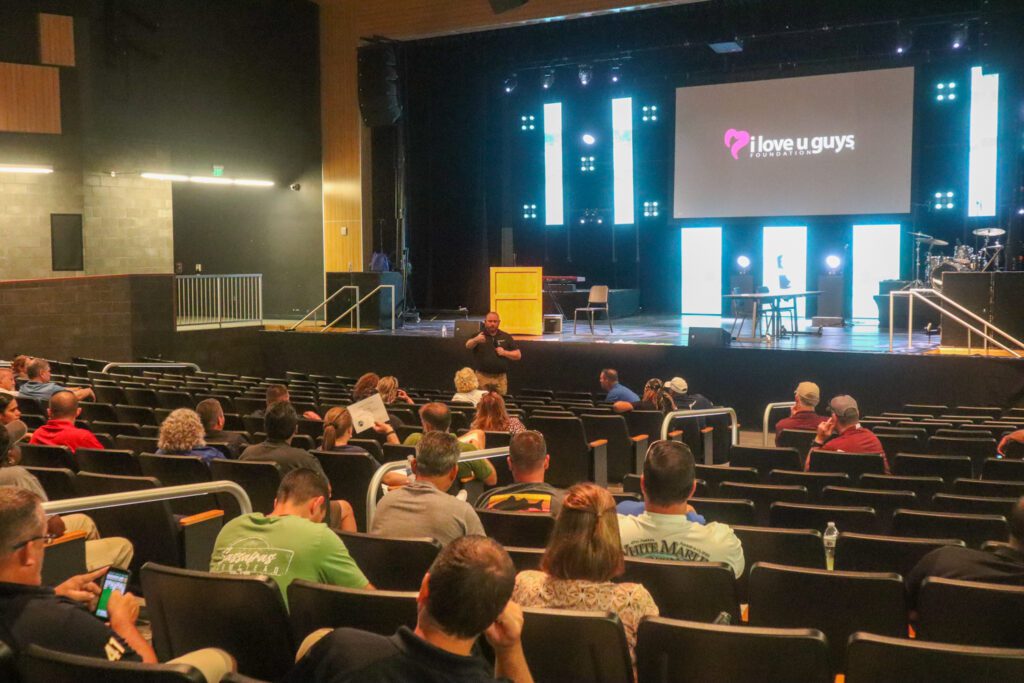 Dover High School hosted two of the six statewide training seminars on planning to reunite families after a school crisis.

Day 1 serves as a workshop during which attendees go over materials that outline the roles and responsibilities of everyone in the reunification process.

The program relies on school districts having on-hand necessities like identification lanyards for each role on the unification team, as well as binders detailing what each person will do.

Color-coded vests help identify different positions on the team, and supplies include radios to communicate with one another.

In the reunification process, transportation personnel will be contacted to bring students and staff to the safe location.

There, “greeters” will welcome those who arrive.

A team of “accountants” will log who has arrived by checking their IDs.

When parents receive the OK to pick up their students, the accountants will also check their IDs to make sure each student is safely returned to his/her parents.

The team includes “scribers” who document whether students have been transported to the hospital, another location, or are missing altogether.

Finally, there’s a director who facilitates the operation. That person will wear a red vest.

Each school district and charter in Delaware will select a team of volunteers to be on the reunification team. They will meet at a designated location away from the school in the event of an emergency.

“The reason you have a team for each district rather than individual schools is because you won’t take all of the resources at one school,” Scheer said. “Rather, we’re tapping the entire district.”

The district always picks a second reunification site just in case the first one was compromised.

He said that the response time and reuniting process are the first aspects of a crisis that draw the most criticism from the public.

Earlier in the year, the police unit of Uvalde, Texas, caused a lot of outrage after their slow response during a school shooting that left 19 students and two teachers dead. 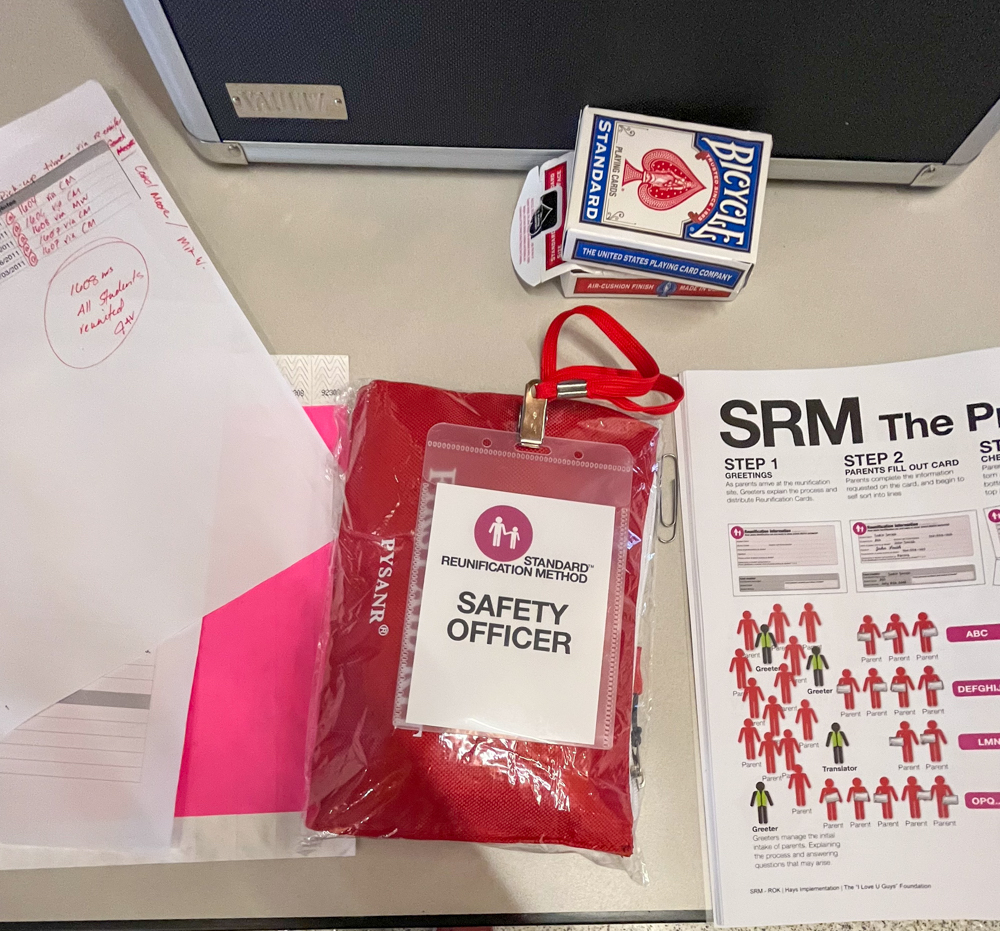 Each district was given a Reunification Operation Kit that contained documents and instructions that were reviewed during the training.

Training district leads, first responders, teachers and other staff helps ensure that “all of us together are on the same page of what each person is going to be doing, so we can speak the common language and understand what needs to be done,” Scheer said.

Keyes, the executive director of the I Love U Guys Foundation, said he was happy that the foundation isn’t federally mandated.

Rather than following some cookie-cutter government programs, which tend to have people do the minimum necessary, Keyes would like to see his Standard Reunification Method customized in each school.

It can be tailored for that school’s enrollment, layout, staff and other factors that are not universal throughout America’s schools.

On the second day, after the attendees have gone through all the boxed materials, they role play through a pretend crisis. They then are able to suggest ways to make the process smoother in their particular school.

For example, after the first run-through, a teacher suggested that there should be translators who serve as accountants for schools with a lot of English language learners.

In addition, that same teacher suggested moving the tables where the accountants were positioned to an area away from the bathrooms.

If not, he said, parents and children were likely to see each other in the bathroom and then just leave, thwarting the verification process.

He described the six days of training throughout Delaware as “training for trainers.”

Because the Reunification Operation Kit is free, his foundation trains representatives from certain schools, and then those people take the kits back to their school to train school staff.

Dr. Vilicia Cade, superintendent of Capital School District, said she was ecstatic to take advantage of the training session.

This is the first year that the agency has held these sessions, and Cade said the abundance of tragedies in schools in the past year has made these efforts more important than ever.

“Since the incidents in Texas and in Buffalo, there’s been a heightened sense of awareness around school safety and security,” Cade said. “We want to ensure our community and our stakeholders that we’re taking every opportunity possible to safeguard the safety and security of our students.”

Francisco Brizuela, who serves as the chief of child and youth services at Dover Air Force Base, thought the plan had merit.

“We don’t ever have the right answers, but this is a very good way to plan ahead of time on what to do to be prepared in case of an emergency,” he said. “We have to take the kids out of the school, and we need to help bring them back to their families. This plan helps us do that.”