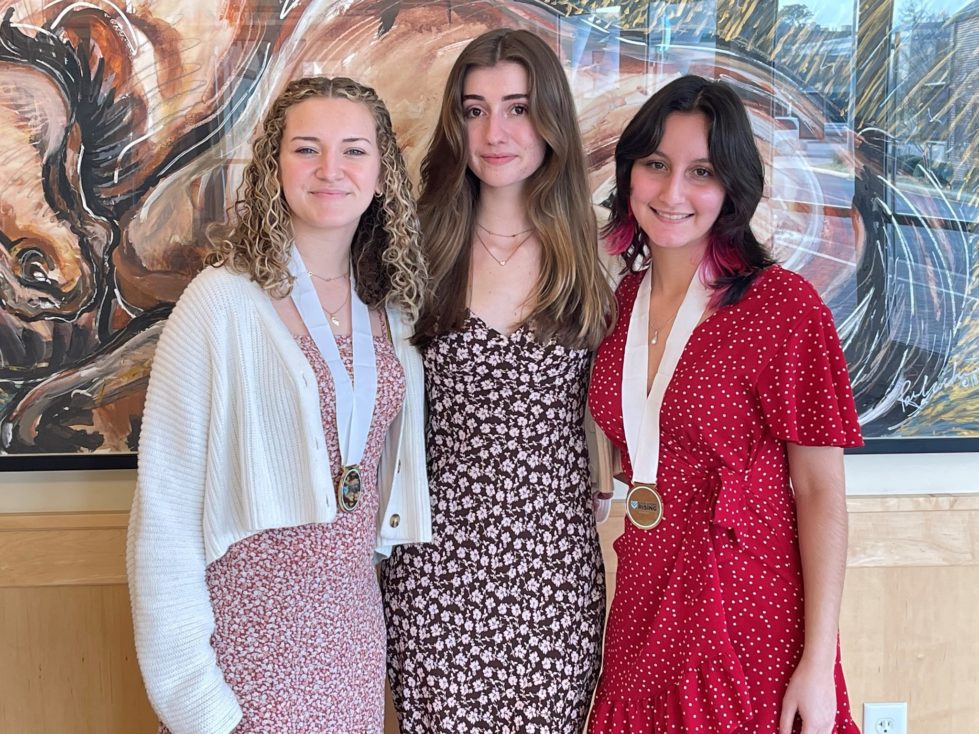 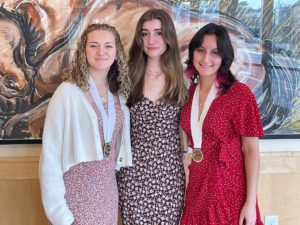 Mystery Villa, Haley Thompson and Anna Hatfield, members of the Teacher Academy Pathway at MHS, were recently recognized at a school board meeting

“Before the Teacher Academy, there really was no other pathway that students could pursue. There was maybe a club for future teachers but no other pathway that students could pursue, who wanted to become a teacher,” Dr. Jason Peel, Director of Human Resources and School Climate, said. “As a pathway that started in the state of Delaware, we thought it was a good idea to adopt the pathway and that was back in the 2016-17 school year. So since then, we’ve had over 150 pathway completers and that number has tripled since the start of the program. Mrs. Chorman has gone through training, has implemented all the courses and  has worked with colleagues throughout the state to make this program viable and really, really thrive here in Milford.”

According to Dr. Peel, there have been over 60 students as part of their capstone take the test required to become a paraprofessional, allowing them to immediately begin employment in that capacity. In addition, students who complete the program are given a certificate that guarantees them an interview in Milford after they have completed college and get their teaching degree. Three students who were hired by the district to work with students over summer school were present at the board meeting and Dr. Peel commented that he hoped they would return after they earned their teaching degree to become teachers in the Milford School District.

“I am honored to be here with these three ladies. They are the epitome of Teacher Academy. I have Mystery Villa, Haley Thompson and Anna Hatfield. I call them the trio here that is going to make our district grow even more and beyond from what we have ever thought it could be,” Chorman said. “They are all aspiring in elementary ed. They have passed the [para test] in March with flying colors and they are now employed by us this summer through summer school.”

“They also have won the Gold State Medal three consecutive years in a row. They are going to be so hard to replace,” Chorman said. “But we have a club called Educators Rising and I scooped them up as freshmen. I saw them at 14 and I thought, ‘you are coming with me.’ And they have won every single year in K through three literature. They have written and illustrated three times and have national ranking for scoring not only gold, but scoring the highest out of any other school in Delaware in this event, so they are rock stars all the way.”

The three students interned at Ross Elementary, rotating classrooms and obtaining a clear picture of what it will be like when they accept positions as teachers.

“Ms. Chorman, thank you for your excellent leadership to the program. We are really the leader with Teacher Academy across the state and if you’ve been on this campus for the past four years, or the last seven years, you have seen the phenomenal students here are very active in our events,” Dr. Dickerson said. “They are high achieving students academically, just role models for others, across our district as far as academic achievement, just well-rounded individuals and they have very bright futures. Thank you for being such great students here in the Milford School District.”