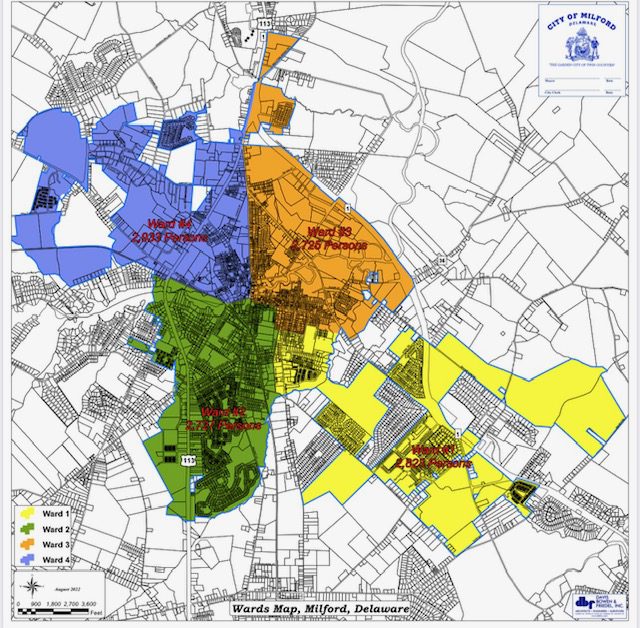 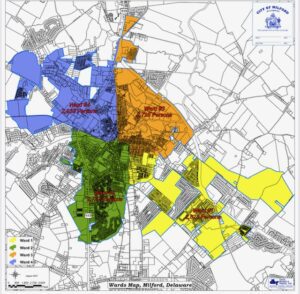 “We started working on this redistricting in September 2021,” Ring Lardner Principal Partner and Engineer with Davis, Bowen & Friedel, said. “The first step in that process was to download all the census tract data. It was delayed over a year given COVID and everything else, so we got a late start to this. We typically would do this in 2020 but there has been a delay across the entire state.”

City code requires that wards cannot differ in population by more than 10 percent. Upon reviewing data, Lardner explained that there were wards whose population was more than 10 percent of other wards, requiring the redistricting. Because the only area where the wards were contiguous was downtown, changes to the ward populations would impact Milford’s downtown area.

“With the new redistricting, Ward 4 will have 2,933 people but it is still within the 10 percent requirement by 66 residents,” Lardner said. “Because we can’t really factor in growth, we have an idea where the city is growing and we are hoping we moved the lines around enough so that as growth occurs over the next ten years, we will not have to go through redistricting again, but there are no promises.”

Councilman Jason James asked when the new lines would take effect if council voted to approve the redistricting plan and Lardner explained that it would take effect immediately. City Clerk Terri Hudson explained that the redistricting had to be completed at least six months before an election so this would be the plan used in the next council election planned for April 2023.

“The slowest growing ward is the fourth ward,” Lardner explained. “The fastest growth is in Ward 1 and Ward 2. What we did was push Ward 4 as far as we could push it, hoping that as Ward 1 and Ward 2 grow, Ward 3 will also grow.”

There was a public hearing held prior to the vote, but no one spoke for or against the redistricting plan. The plan passed unanimously.