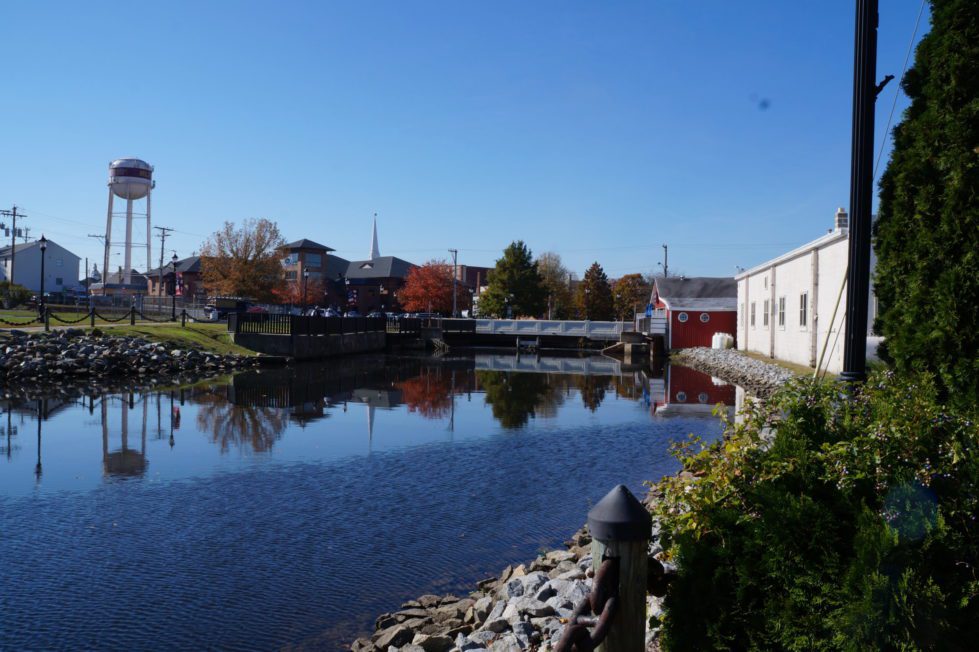 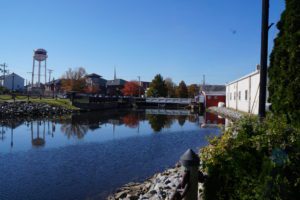 Danielle Swallow with Delaware Sea Grant, a program based at the University of Delaware in Lewes, presented and update to Milford City Council regarding the Waterways Infrastructure and Investment Network (WIIN). The group was initially formed to help Milford and Slaughter Beach be more competitive in obtaining federal grants designed not only to protect the watershed that makes up the Mispillion River and Cedar Creek areas.

“We’re focusing on the corridor between Milford and Slaughter Beach and as I’m sure many of you know, this area has an abundance of natural resources of terrific areas for birding and recreation and all kinds of water recreation. And we know that Milford has a distinct interest in economic development and trying to continue to brand its identity and tie it to the Mispillion River,” Swallow said. “And Slaughter Beach has a great affinity for the natural resources that surround their town. They have a very strong environmental stewardship ethic and I think that they have been wanting time to really understand what the value of the natural resources are in the area to help us to advocate for federal and state funding. And so, we thought that there was a common interest in both communities to really learn what the value of the natural resources are in this area. And how to leverage that for your respective economic goals. “

In addition to the environmental and economic benefits to the watershed, Swallow indicated that there are also resilience goals tied to helping each community manage climate change which is thought to have led to flooding in both towns. WIIN also looks at particular investment strategies that improve access to resources, recreation opportunities and sustainable economic development. WIIN obtained a two-year grant that allowed them to complete an economic study which found the area’s natural resources are valued at several million each year in leisure and recreation activities alone. It also allowed the group to complete a vulnerability assessment which is nearing completion.

“The vulnerability assessment that’s nearing completion is really taking a look at these resources in terms of what changes are on the horizon or happening now, that potentially may present some risks for the resources in the area. So we’re looking at land use changes and patterns, social vulnerability indicators, but also particularly flood risk, both current flood risk and future flood risk, because as we know, the height of our high tides is increasing over time because of sea level rise,” Swallow said. “And so with that higher tide brings extra potential for flooding and high tide as well as when storms blow and then that storm surge is blowing in on top of higher water level to begin with. We’re taking a look across the board at the watershed resources to see what might be vulnerable.”

Identifying vulnerability is important because the next phase of the project will be to identify investment ideas. This will include locations and assets where smart investment can be made but not be impacted by flooding. It can also identify areas where flooding is a risk and create solutions that could mitigate flooding.

“We’re going to engage again with various stakeholders in the community representing marine industry, recreation businesses, even our federal partners and manage the wildlife refuge. And we’re going to engage them in brainstorming ideas,” Swallow said. “This may include where there should there be more access points for kayaking, for example, should there be eco tours and sort of a birding trail developed for the area? Maybe there’s need to be projects that focus on conservation of certain vital habitat, you know, all those ideas are open. And we also are going to be continuing to generate and gather economic data for the region, as well as identifying any infrastructure projects that are already planned to understand the costs and the planning associated with those so that we keep those in mind as we’re identifying some new potential ideas. And then once we have those potential ideas, we’ll estimate the benefits and costs of them. Compare that to what the vulnerability assessment says. And then we’ll develop a set of recommendations that will go into a final investment strategy, which we will hope to include by the end of the year.”

The final investment strategy will include recommendations crafted with community input as well as the advice of coalition members who have expertise in the environment.

“So the types of projects that might be eligible include eco-tourism projects, Edu tourism, which focused on education, the restoration or preservation natural resources, and looking to grow and further nurture environmentally friendly industries like agriculture,” Swallow said. “We are looking at oyster aquaculture in the area of Slaughter Beach. And then finally, we will be working with a Milford residents on the development of a messaging and marketing strategy, so that your community is not just left with a plan and then you know, no momentum to implement it. We want to be able to give you some tools to help you attract some investment and partners to carry forward with implementation.”

Councilman Andy Fulton asked if there was any consideration to protecting privately owned land along the Mispillion River. Swallow indicated that nothing was off the table and that they were noting land use patterns along waterways. Councilman Jason James asked what types of flood mitigation were being reviewed as developers were not interested investing in an area prone to flooding.

“Milford, is essentially a coastal town right, you’re right on the river, Slaughter Beach as well and our coastal towns are going to be experiencing more as time goes on,” Swallow said. “But there are potentially ways to mitigate some of that. And the nice thing is that this project is giving you some planning information, so you will be in a better position to apply for federal grants. I work with FEMA on pre-disaster mitigation funding and helping to connect communities with that funding. And I can tell you that having analyses like the vulnerability assessment and having community input and a community based process can be very helpful in helping to go after some of that mitigation funding. But the key is to identify the specific types of projects and remedies. Whether that’s looking at living shorelines that can sort of slow sort of wave action or looking at enhanced buffers that provide a green buffer between the built environment and the natural environment. There’s different factors and different ways of mitigating, sometimes there’s tide gates and things like that. But we can look at those kinds of projects and what that’s what we’re hoping to do next through this process.”

Councilman Dan Marabello asked what type and how much funding was available as a project of this magnitude could be in the tens of millions of dollars. Swallow pointed out that the federal government is starting to prioritize more projects that are related to climate change infrastructure.

“I just wanted to add that in the new infrastructure bill, I believe it’s about $400 million that will be awarded throughout the State of Delaware for resilience projects,” Kathy Lock, Mayor of Slaughter Beach, said. “The Notice of Intent, I believe has to be into the governor’s office by April 24 or 25th. But if not for question, thinking about it, I would recommend that you guys take a look at what needs to be done under some of the flooding issues.”

Mayor Archie Campbell reminded Lock that the deterioration of a jetty in Slaughter Beach could be contributing to flooding in Milford.

“Yeah, Archie, it’s my belief that the deterioration of the south wall of the jetty is a contributing factor to some of the downtown flooding that you get in Milford because you get in these big storms, you’re getting a lot of rain, and the winds are pushing the water from the bay up into the Mispillion and the jetty which would normally hold back some of that water has deteriorated to such a point that I really believe it’s a contributing factor,” Lock said. “We have been, from the Slaughter Beach side, in touch with the Army Corps of Engineers. And as you know, you’ve been in touch with DNREC to back that up and solidify our position. And I’m hopeful that we’ll get a study on that completed within the next six months or so.”

Mayor Campbell pointed to another issue with eco-tourism on the Mispillion River for those who wished to kayak or canoe to the Delaware Bay and that is lack of public land along the river.

“I have paddled a lot on the Mispillion and a lot have gone on to from Slaughter Beach up to the overpass on Route 1,” Councilman Fulton said. “Most of the access points are privately owned. There are no publicly owned areas where you can get on and off. So, you have to be committed when you get on that river.”

Swallow thanked council for their assistance in the WIIN project.

“I just like to say it’s been a real pleasure working with Kathy and with Archie and all of the folks in this community and in Slaughter Beach,” Swallow said. “You have some really wonderful communities and I think we’ve all really enjoyed engaging with all of you and look forward to continuing that throughout the year and beyond.”