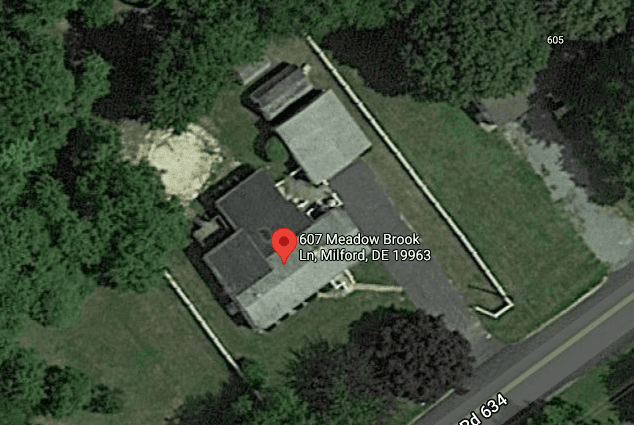 On July 12, Sussex County Board of Adjustments approved a variance for a garage setback but denied an additional request by the property owner for a tourist home conditional use. The home, located at 607 Meadowbrook Lane, is owned by John D. Gibson, who had been renting rooms to the homeless over the past few years.

According to the Board of Adjustments, a tourist home allows someone to rent up to six rooms in their home, a different designation than an Air BnB which is often rental of one room in the home or the entire home. Gibson stated that he currently had four rooms rented in the house.

“The home has nine rooms and two bathrooms,” Gibson said. “I have converted it to six bedrooms and have rented them out to homeless people on a month-to-month basis. These are people who cannot find a place. The average person stays six months and then moves on. A lot have applications into the state for apartments and I give them a place to stay until they are approved. I bought the place planning to live there on my own, but I got lonely. It is a big place. I don’t know for sure, but I think the previous owner must also have rented rooms just based on the mail we receive for various people. I have been renting it like this since I bought it. None of the rooms have individual cooking facilities, they all use the kitchen. I just installed a new septic for six bedrooms. I am not sure when the garage was built, but it may have been in conformance then.”

According to public records, the garage on the property received a building permit in 1998 but no Certificate of Compliance was ever issued. Gibson explained that he put in the larger septic when the one on the property failed. The garage has never been an issue and he had recently completed termite treatment on the building. Gibson stated that none of his neighbors had ever complained to him about the property. However, several neighboring property owners spoke against the conditional use application.

“I have a petition signed by many people who have opposed this,” Robert Godfrey, who lives across the street from the home, said. “The petition is signed by 24 individuals representing 18 individual properties, many of which are in a 200-foot radius of this property. We are in total opposition to this property being granted a special use exception to operate as a tourist home. Since 2018, this home has been operated illegally as a group transitional home for approximately five to seven tenants, many with physical and developmental issues. Part of the lawn was paved and striped for up to seven vehicles. Recently, fights with violence and offensive language have been witnessed outside. During one tenant situation, a child was also living there.” Mr. Godfrey also pointed out that the previous tenant, an elderly woman, never rented the home to anyone.

Ruth Ann Godfrey, Mr. Godfrey’s wife, explained that she was a real estate agent by trade and that she had shown the home on multiple occasions. She presented an email to the board in which she advised a prospective buyer to offer $90,000 for the home, tear it down and construct a new one because the home was in such disrepair. Mr. and Mrs. Godfrey also submitted over 60 photos and video which totaled 45 minutes showing issues that occurred on the property.

“About a week ago, there was an incident on the front lawn,” Mr. Godfrey said. “A woman, I think she may have been a resident, was wearing a two-piece bathing suit. She took off the bottom of her bathing suit and exposed herself to some of the residents there. She did it a second time. Later, the state police came because one of the residents filed a complaint. Because my wife witnessed the incident, she spoke to the police who said they were out there numerous times. Directly to the right of this property, there is a single mom with two children. I don’t think it is appropriate for them to witness this.”

Jamie Sharp, counsel for Sussex County, explained that, under Sussex County code, that up to four unrelated people could live in a residence and it would still be considered a single-family dwelling. In addition, because Gibson was renting rooms, the home could not be considered a homeless shelter.

“I am the property owner directly beside this property,” Marian White said. “I purchased the lot, had it cleared and built a home. This was my primary residence for several years. When I moved, I retained this property as a rental. I’ve had many prospective tenants comment on what a great neighborhood this is. Fast forward to today, the photos and the video, and you get just a glimpse of what the neighbors have dealt with. Recently, I noticed a section of the fence is missing and I can only assume they are using my property to access their backyard. I did not give permission, nor would I have given permission for that to happen.”

Gibson explained that the sections of fence were removed after getting permission from White’s tenant. He did not know who the owner of the home was, so he obtained permission in an effort to remove an RV from his property. The tenant agreed to the removal of the fence which Gibson plans to replace.

“I’ve lived here for over 27 years and raised my children here,” Craig Crouch said. “In my professional life, I was the CEO of KSI. We provide training, employment and transportation services for people with disabilities. I have not experienced the discomfort that the Godfrey’s have experienced, but I know professionally this looks like a group home. In order to operate a group home, you must be accredited with an agency, you have to get a license from the state. You must have certain safety standards and your staff must have levels of training. My concern here is more of concern for the residents.”

Joann Milton, a real estate broker who does not live in the neighborhood but has sold many properties in the area, stated that a home like this would impact property value.

“Like Ruth Ann, I showed that house,” Milton said. “The inside of that home was covered in mold. That house was in a great state of disrepair. It had a cesspool in the backyard that would never pass inspection and should have been replaced way back. Like Craig said, my concern is for those residents. People don’t move into a tourist home. They don’t bring all their belongings.”

After the opposition spoke, Gibson apologized to his neighbors.

“What attracted me to this neighborhood was the quiet beauty,” Gibson said. “I consider all my neighbors really nice people and I sincerely apologize for any distress that I may have caused anyone. I have never had a single complaint from anyone, so it kind of surprises me. The people I have rented to have been living in the woods or their abandoned cars. I did my best to help them. I am not a professional, but I did my best.”

Dexter Jackson, who has been a resident in the home for a year, refuted some of the photos and parts of the video.

“I am a resident,” Jackson said. “I don’t look like I need any help at all. A lot of those videos are old. The guy being taken out by the ambulance is the same guy, just different times. He has health issues that require hospitalization sometimes. In the year I have lived there, the ambulance has come twice, and I have never seen a fire truck. The police have only been there twice. The lady who exposed herself is not permitted to be on our property, so we called the police to have her removed. There are only five people there, including Mr. Jack because it is his house. He simply tried to help people.” Gibson stated that he didn’t know he was violating anything by renting rooms.

The board voted three to one to approve the garage variance but to deny the request for the tourist home conditional use.