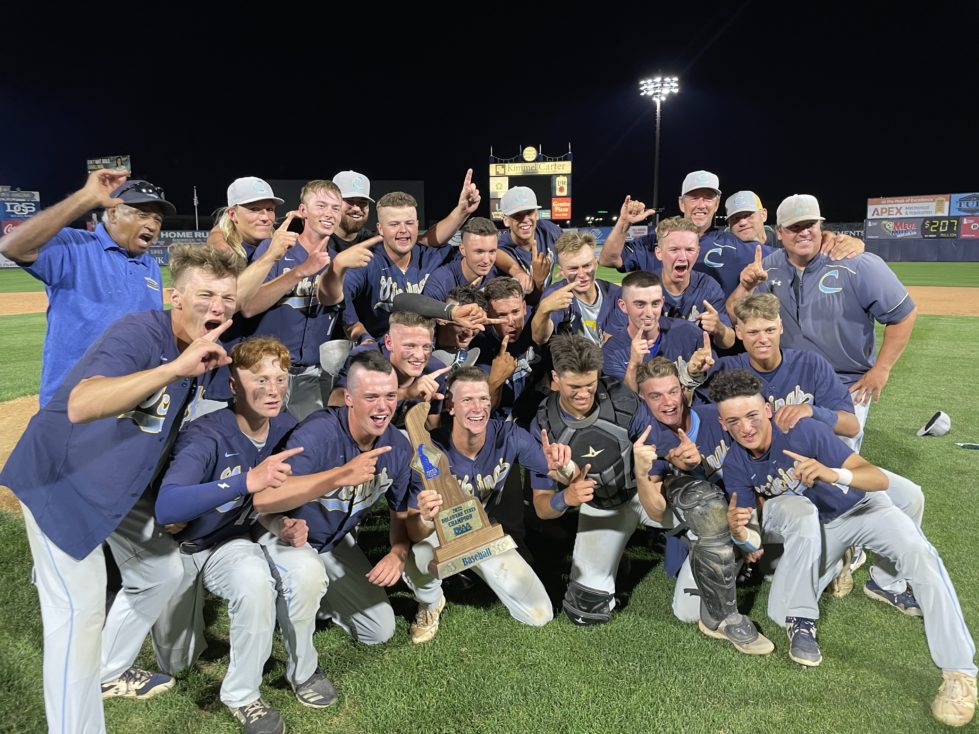 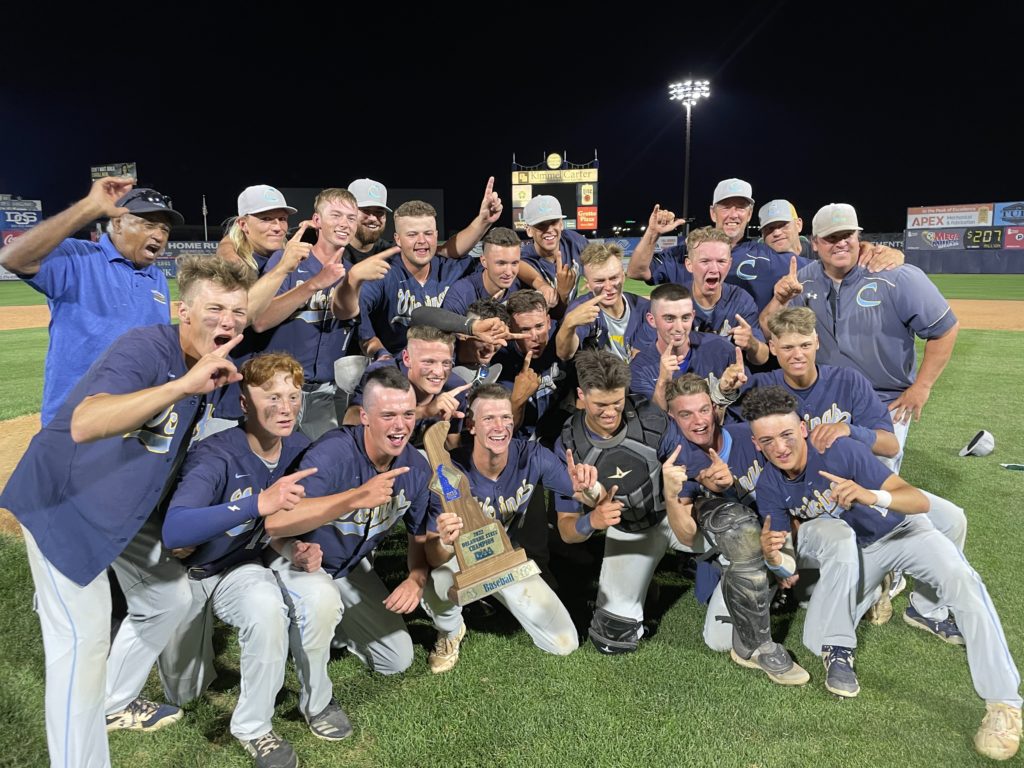 WILMINGTON — Cape Henlopen picked the right time to put up a crooked number on the scoreboard in the DIAA baseball championship game on Monday night. The Vikings scored three times in the bottom of the sixth inning, then held off a potential Appoquinimink rally in the seventh for a 4-1 win and their second title since 2018.

On a comfortable night at Frawley Stadium, the top-seeded Vikings quieted the bats of the No. 3 Jaguars behind the pitching of senior Josh Reinhold. But Appo’s Aidan Deakins was just as effective, holding Cape to a single run through five.

Chase Fleming came on to pitch for the Jaguars in the sixth, and the first batter he faced, Austin Rhue, reached on a single, his second of the night. Rhue moved to second on a sacrifice bunt, then took third and eventually scored on a pair of wild pitches.

After a fly out, Cape put together a two-out rally. Luke Crouch walked, and pinch hitter Nick Cox brought him home with a triple to the left-center field gap. The throw to third got past the bag, and Cox headed for the plate. The throw glanced off the glove of the fielder covering home.

Cape Henlopen coach Ben Evick said he told Cox to be ready to bat in a big situation. Evick noted that the junior had two hits against Saint Mark’s in a 2-1 semifinal win on Saturday.

“He’s been swinging the bat really well all year. We were counting on Nick coming in and coming up big, and he absolutely came up huge,” Evick said.

The Jaguars’ Wyatt Uhde and Owen Parrish singled with one out in the seventh, and after a fly ball for the second out, Evan Bouldin walked to load the bases. But Brogan Evick, who had come in to relieve Reinhold after Parrish’s single, struck out Fleming to end the game and the season, setting off a wild celebration among the large number of Cape faithful who made the trip north.

“I haven’t had a crowd like this at a high school baseball game in my entire life, and just to experience that energy was amazing,” Reinhold said.

Reinhold held the Jags to one run for the second time this season. Cape Henlopen defeated Appo, 2-1, on April 30, a game in which he went the distance. He said he pitched differently at Frawley, where the defense has more room to roam.

“This field’s a bigger field than normal high school fields, and I knew I could just pitch to contact more and let my defense do its work,” he said.

For Cape Henlopen, Brenn Scott had a single to drive in a run, while Brian Fleming singled and scored, and Crouch walked and scored. Reinhold went 6.1 innings before reaching the pitch limit. He surrendered five hits and the one run, and he struck out two. Cape finished the season 20-2, with 19 straight wins.

The win capped off another strong year for Cape athletics. The Vikings won championships in field hockey, girls lacrosse, wrestling and unified spring track, and both the boys’ cross country, boys indoor track and boys lacrosse teams were runners-up.

“Cape’s awesome. The place is great. The girls are absolute studs. Boys lacrosse is great. It’s about setting the standard and giving these younger kids something to look forward to,” said Rhue, a senior.

For the Jaguars, Travis Peden tripled, and he scored on a sacrifice fly by Chase Thomas. Deakins pitched five innings, allowing one run on five hits, walking two and striking out eight. The Jags finished at 19-3.