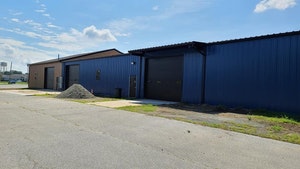 On Jan. 11, Milford City Council approved a request for a conditional use submitted by Grant Shane of Clear Definition Detailing to establish a car detailing business in Milford Gateway, located on Northeast Front Street. The new business will be housed next to the future home of Fur Baby in a former vacant warehouse owned by Gromark.

“The Planning Commission approved this application unanimously,” Rob Pierce, City Planner, said. “Their only request was that the business be contained within the 3,000 square foot section of the building.”

After Pierce presented the information about the new business, Councilman Andy Fulton asked about the amount of water that would be necessary to detail cars in the business.

“We use a lot of waterless products,” Shane stated. “What we do is ceramic coating which is applied to the cars and we then hand-buff it off. We do clean the cars so there is a limited amount of water that will be used inside the building, but the ceramic coating is new in the industry and we are focusing on that.”

Councilman Dan Mirabello questioned whether there was drainage inside the building for any water that was used to clean the vehicles and Shane stated that there were drains in place from when Growmark used the building which were now operable. Councilman Mirabello expressed concerns that water would run into the street if there was not enough drainage in the building.

“I don’t know how to answer that question as we plan to contain anything inside the building,” Shane said. “We will wash the vehicles inside the building. I also own Precision Auto Body around the corner, and we may also wash vehicles at that location. The waterless materials we use, there is not really a need to use a lot of water.”

Councilman Todd Culotta asked Shane how many cars he expected to have on the property at one time as the conditional use suggested that the number permitted was “limited.” Shane stated that he would more than likely service around ten cars each day, although there may be days that he serviced more and some when he serviced less. There are nine parking spaces in the rear of the building and five on the side. Councilman Jason James asked if there would be hazardous material stored on the property and if that could lead to hazardous waste.

“No, this product is applied to the car and then we hand buff it off,” Shane stated. “Believe it or not, this stuff comes in two-ounce bottles and you use it on the car, so there is nothing sitting around. The products we use are environmentally friendly which is a standard in the industry. There would be no reason that I can think of that we would have hazardous material at this location. As I said, I own Precision Auto Body around the corner, and I pay a professional hazardous waste company to remove that. If for some reason I had some hazardous material at this location, I would use those procedures to remove it.”

Pierce explained that any issues with wastewater or hazardous material would be handled during the permitting process. The conditional use was approved unanimously.