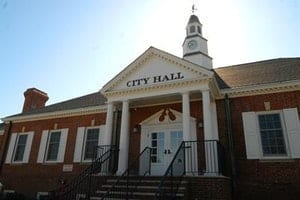 On June 14, Milford City Council adopted the proposed FY2021-22 budget as presented as of June 9. The budget is for over $47 million and includes a tax increase of $0.0275, bringing the total property tax rate to $0.48275 for every $100 of assessed value. City Manager Mark Whitfield explained that information will be sent out in future electric bills with details on how the increase will impact the average property owner in Milford.

“This is a decrease from the initial $0.065 increase we were looking at,” Councilman Andy Fulton said. “I think that with the lower increase and the budget cuts we have managed, this is a much more manageable budget.”

“My concerns had to do with some legislation pending at the state level for raising the minimum wage,” Lowell said. “Another was about the status of take-home vehicles for the police. I also noticed that city employees will take a hit, paying 10 to 15 percent more for healthcare. It seems really crummy to give them a pay raise that is then eaten up by insurance.”

Whitfield explained that take home vehicles were not part of the budget although Chief Kenneth Brown could address that in the future.

“The issue with healthcare, that was addressed last year, and employees were not only given their regular cost of living but had the opportunity for increases in merit bonuses as well,” Whitfield said. “We did factor in the cost of the increase and we gave employees a year to make any changes they could make to offset that cost.”