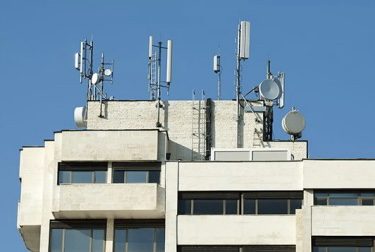 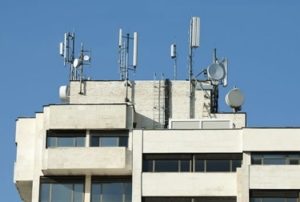 At a recent workshop, Milford City Council heard details regarding changes to the city’s right-of-way codes for wireless facilities as well as sidewalks and curbs. City Planner Rob Pierce and University of Delaware Fellow Melody Barger provided information on the code changes.

“You can imagine there are some communities that have been dealing with, let’s just say undesirable structures that have been placed within the rights of way and this occurs when you do not have any types of control,” City Manager Mark Whitfield said. “We are not trying to limit the use of our rights of way but having some control over those rights of way and how wireless facilities are installed, where they can be installed and also some type of income that can come back to the city of the use of our right of way for those wireless facilities. The other item is our street ordinance which really just needs an upgrade.”

Whitfield also stated that the city currently had no permitting system should someone want to use a city right of way. Therefore, if another utility, such as a gas company, wanted to use a Milford right of way, there is nothing in the code that limits what can be done or where they can go. This also means that if any damage occurs, it would be difficult for the city to recover any costs since there is no permitting process in place. Pierce began the presentation by explaining the different types of wireless facilities.

“Tower-based facilities are what you traditionally think of, the old-time, old-fashioned cell towers,” Pierce said. “Their structures support one or more antenna that includes self-supporting lattice towers, guy towers and monopoles. Non-tower WCFs are antenna facilities that are not supported by towers and not considered small wireless communication facilities either. Those could again be placed on top of a taller structure, like a water tower or a tall building like the hospital or another building that has excessive height. The small wireless facilities would include antennas and support structures that are generally 50 feet in height or less.”

Pierce explained that the code would allow tower-based facilities by conditional use within the business park, lands that are highway commercial, both types of industrial zones and the institutional service district, which would include the Bayhealth Sussex Health Campus. The minimum distance from the base of the tower to the property line would be at 110 percent of the tower height.

“The ordinance provides additional standards for security, lighting, fencing for security purposes and screening, accessory structures and visual appearance,” Pierce said. “Just a little note, new towers could be denied as we want the applicants to try to utilize existing towers in the area. So, they need to make a good faith effort to try to collocate on something that might be nearby as opposed to just constructing a whole new structure for non-tower wireless communication facilities.”

When on private property, Pierce stated, tower-based facilities would be limited to the same restrictions as on public property. When in the public right of way, the height of the facility cannot be more than 10 percent taller than the tallest utility pole or wireless support structure within 250 feet of the proposed location.

“So, again, if you’re putting these into the right of way, you don’t want something sticking out like a sore thumb, you want it to be kind of uniform with the surrounding utility poles or other components that you tend to visualize within the right of way,” Pierce said. “So, again, 10 percent taller than the tallest utility pole or 50 feet, whichever is greater.” In addition, a design manual would be available in order to guide aesthetics of wireless structures.

Councilman Andy Fulton asked if there were currently structures in place that would not be in compliance if this code was passed and Pierce stated he was not aware of any that the code would make non-conforming. Mayor Archie Campbell reminded council of the issues in Dewey Beach with cell phone towers.

“And that’s exactly why we’re proposing this to this board, because if we put items in place it may codify them so there’s some guidance,” Whitfield said. “Because if you don’t have an ordinance in place, it is free game.” Mayor Campbell asked if the city had been approached by Verizon or another company about installing towers and Whitfield stated that they had not at the time of the workshop.

Pierce explained that he will take feedback from council about the new ordinance and planned to bring the item back to council in February for adoption.

“The current ordinance doesn’t really regulate the right of way a whole lot,” Barger said. “And it doesn’t regulate storm sewers or other areas like that. So, we wanted to add a little meat to the ordinance and what we ended up doing is kind of scrapping the entire ordinance again. Other cities we have looked at, like Dover, Newark, etc., have right of way ordinances that regulates the right o way a lot more than we had previously regulated it. So, we thought it was time that we stepped up our game a little bit.”

“Any construction or placement of utilities in the right of way requires a permit and licensing fee and a 100 percent bond,” Barger said. “Property owners are responsible for sidewalk maintenance and repair and any obstruction removal like snow or ice. The city will repair ADA compliant curb ramps but will not take responsibility for snow and ice removal at those ramps. Snow and ice must be removed in a timely period. Also, playing games in the street is not permitted. Devices like soccer goals, hockey nets, that sort of thing, are not permitted in the right of way.”

Under the new ordinance, the city also has the right to change street names as well as to create, accept and abandon streets. Any curb cuts, areas of the sidewalk that must be changed to accommodate a driveway, must have a permit and must comply with standard construction specifications. Builders and developers are required to construct sidewalks in all new construction sites and developments. Existing residents who wish to install sidewalks may petition the City Engineer, but installation is at the property owner’s expense.

Public storm sewers may not be tapped without a permit and citizens may not discharge into the storm sewer. When there are excavations in the right of way, traffic must be as close to normal as possible. Street and sidewalk excavations must include a suitable barrier for any pedestrians and vehicles as protection. All excavations must be repaired by those performing the excavation.

“There is reference to playing games in the street, like soccer goals cannot be placed in the right of way,” Councilman Todd Culotta said. “So, you’re telling me we can’t have pick up basketball in the street or street hockey or things like that growing up or something?” Whitfield explained that those restrictions are already in the code, but this would be more along the lines of soccer goals or basketball nets left in the right of way.

Both right of way codes will be presented in February for approval.