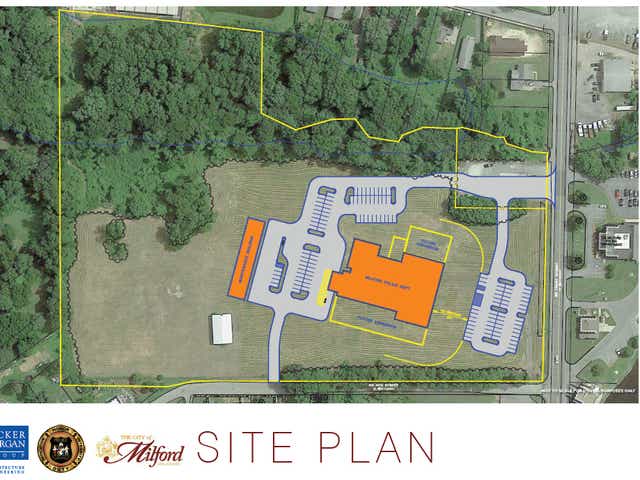 As part of the design and construction process for the new police facility approved by voters in February, a five-member panel was spent several months reviewing Requests for Proposals for a construction management company to oversee the building process. Mike Svaby, Public Works Director, explained that the city received nine RFPs which the committee narrowed down to three, Whiting Turner (WT), Richard Y. Johnson (RYJ) and GGA/Willow Construction (GGA). The committee’s final recommendation was that RYJ be awarded the contract.

“On May 20, 2021, all three firms were invited to come to Public Works to give a 45-minute, timed presentation, allowing for a 15-minute question and answer period,” Svaby said. “All three were presented with the rating evaluation scoresheet as well. Initially, the panel ranked WT first, RYJ second and GGA third.”

After that presentation, Svaby began a fact-finding and negotiation effort beginning with WT due to their ranking after the presentations. Questions were developed to rank the qualitative and quantitative factors, including price. There were nine factors including formatted price, fixed price ranking only, change order fee, historic starting and finishing project cost and number of change orders issued, average fee charged for CM/A contract, percent of firm’s fee included insurance cost, projects undertaken in the last two years, percent of projects that led to further award to DE subcontractors and two types of differences in working day count. Those nine factors were then broken down into most and least preferred.

Svaby also presented an example of the differences in pricing between the three firms.

Councilman Jason James thanked Svaby and the committee for going through this process to choose a construction manager.

“We are not in the process like the committee who will oversee this construction,” Councilman James said. “This gives us an inside look at how this was done in an objective manner.”

Councilman Doug Morrow asked Police Chief Kenneth Brown if he was pleased with this choice.

“RYJ has been working with us since day one, so yes, I am very pleased with this,” Chief Brown said.

Council approved the appointment of Richard Y. Johnson as the construction management firm for the facility unanimously.