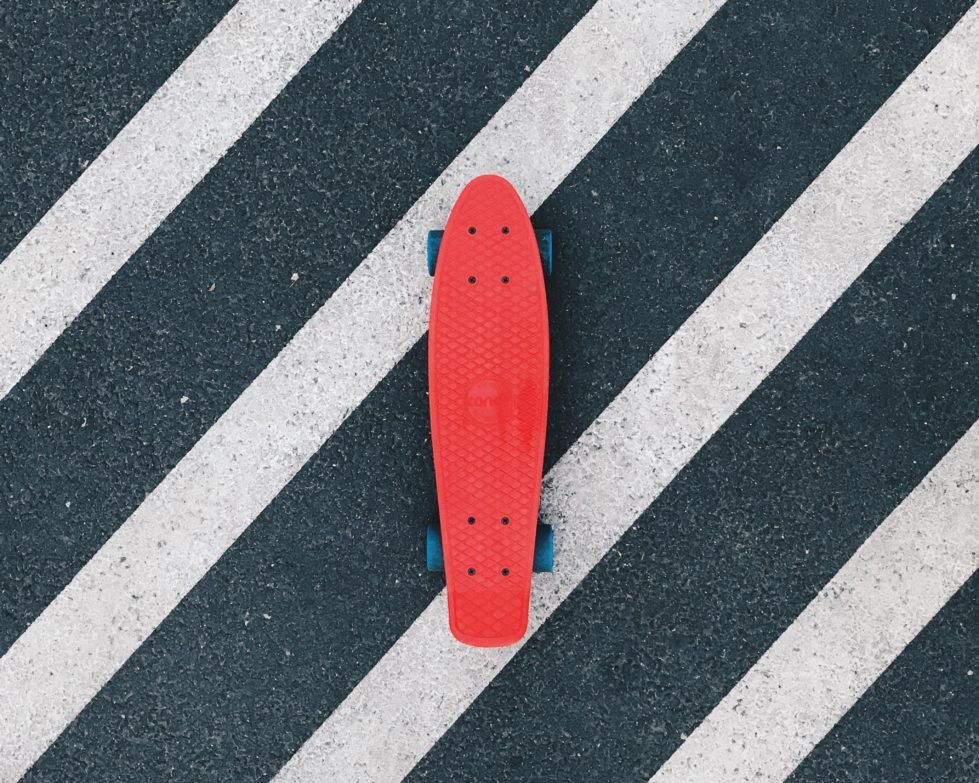 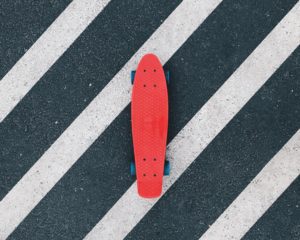 The City of Milford is revisiting their bicycle and skateboard code. Photo courtesy of Max Tarkhov, Unsplash

Although they tabled a vote on changes to the code, Milford City Council has asked staff to evaluate the Bicycle, Skateboard and Other Conveyances Code for the city. Melody Barger, a University of Delaware Fellow working with the city had updated parts of the code for approval on Monday, June 27, but some council members felt that the restrictions were excessive for some modes of travel.

“The big goal of this chapter review was to remove the requirement that bicycles have to be registered with the police department. We also cleaned up some antiquated language. There was something in there about not allowing push carts of slop on public roads, and I don’t know about you, but I haven’t seen very many push carts of slop around Milford lately, so I took that out. I added some clarifying language,” Barger said. “There were some definitions that we cleaned up and wanted clarified a little bit. We required bikes to be parked at bike racks as opposed to being tied to signs and that sort of thing. We also clarify the difference between a motorized scooter and a mobility scooter because previously mobility scooters were listed as motorized scooters and if anybody’s seen Bird scooters around, they know that there’s a big difference between the two. So, I clarified that, and I also added some language about scooters and motorized scooters that were not in the original ordinance. I added that to skateboard requirements.”

Councilman Mike Boyle commented that the ordinance required all skateboarding to be done in a designated skateboard facility.

“We don’t have any,” Councilman Boyle said. “And believe it or not, I’ve actually heard from kids about this. And you know, we say that there should be one and I wish the Parks and Rec would maybe look into the feasibility of somehow developing one. They’re prohibited from all other public spaces, except privately on parking lots and I don’t know if we have any of those. So, it’s something that kids like to do and they can’t ride on the sidewalks so they ride on the streets. There’s nowhere else to do it. So, it’s kind of a tease that it has to be in a designated skateboard facility, but there is not such a thing.”

Councilman Todd Culotta agreed that the skateboard regulations were pretty restrictive. Barger explained that if someone had written permission to skateboard in a parking lot, that could be considered a designated skateboard area. Councilman Andy Fulton also had an issue with the requirement that bicycles be parked in bike racks, asking if there was a caveat if there was not a bike rack available where they needed to park. He did not feel a bicycle rider should have to go ten blocks to park a bicycle if there was no bike rack in the vicinity of where they wanted to go.

“The idea with the bike racks is to prevent bicycles from being attached to signs or someplace where they’ll get in the way of pedestrians,” Barger said. “So, we require that they be parked in bike racks.” City Planner Rob Pierce explained that there is language in the statute that if a bike rack is not available, bicycles can be attached to a post, tree or other object so long as they do not impede pedestrian traffic.

Councilman Dan Marabello pointed out that the statute required all bicycles to have a white light on the front but was not sure it specified about lighting on the back of the bicycle. Barger stated that the light on the back of the bicycle would need to be a red light or reflective red object. Councilman Marabello asked why the rear light was not required to be white. Councilman Fulton commented that this would make it difficult for others to know if the bicycle is moving toward them or away from them. Councilman Jason James pointed out that on a motor vehicle, lights are certain colors depending on what they are for, such as white for headlights, red for brake lights and amber for front marker lights. Councilwoman Katrina Wilson asked if there were penalties for bicycle riders who do not use bike racks.

“Because we do not have a lot of bike racks and it seems like you really couldn’t enforce this unless we had a lot of bike racks all throughout the city of Milford,” Councilwoman Wilson said. “So, what are the penalties if someone is going to be at Family Dollar, which I’ve seen this, they lock the bike to one of the posts out there and go into the store. What kind of penalties would they get if the authorities were to enforce it?”

Barger explained that the first offense was a written warning, the second $10, the third $25, the fourth $50 and beyond that $100. If signs are posted, the fine may be doubled. Councilman Brian Baer confirmed that if there was no bike rack in the area, there would be no violation based on the statute as long as pedestrian traffic was not impeded.

“As far as the skateboards, oh believe me, the city, Milford Parks and Rec and a couple other agencies went around and around and around with providing skateboard parks, providing places for skateboards to be ridden and I think we even had a temporary site and there was some issues with it so they had to tear that down,” Councilwoman Wilson said. “We packed the house with young people that wanted the City of Milford to open one. I don’t know if it’s a decrease in interest since 5 or10 years ago or what, but I’m sure there is there’s notes in some of our reports about everything that was done with skateboards. I was on that committee, and we worked really hard to try to find a location and accommodate, not just young people because a lot of people ride skateboards so I can’t just say young people, and it just kind of fizzled out. I think it’s something that if it’s still an interest, I think it’s something as we are increasing our Parks and Recs department, it’s something that we should include in one of our workshops as we go forward. We can’t just drop things, especially if it’s of interest. So maybe there’s something in the future that we’ll revisit.”

Councilman Boyle pointed out that as the city developed park land, consideration should be given to a skateboard park. He stated that kids were riding skateboards and that there was legally no place for them to do it right now. He felt the use of skateboard should not be hidden or ignored and that it was time to revisit the possibility of a skatepark. Councilwoman Wilson recalled that the parents were supposed to police the park and they did not do so which led to problems. Councilman Baer asked if any skateboarders were included in the creation of the new ordinance and Barger pointed out that they were not because that part of the ordinance was not changed. Only language about scooters was added to the section related to skateboards.

“So, help me understand. I get that there’s not much language changing around skateboards, but the issue is the way it’s written. In the city of Milford, you can only ride a skateboard if it’s in a designated area, which would be considered a skate park,” Councilman Culotta said. “You can’t leave your house, skate down the street, go where you’re going with your friends, do anything like that like we used to do all the time. Is that correct? I think that’s a bit excessive. I understand skateboarders can destroy sidewalks.” City Solicitor David Rutt again pointed out that the skateboard portion of the ordinance had not been changed and Councilman Culotta asked if council could change that section. Barger stated that if council wanted to delay voting on the ordinance, staff could review it further and bring back changes. Councilman Culotta asked about historical reasons for the skateboard ban.

“When we started having the brick sidewalks, there was damage was being done to the sidewalks on the Riverwalk. There was damage being done. And I think over at the amphitheater over by the library, because we there was quite a few people that time that were riding skateboards so, that came up,” Councilwoman Wilson said. “And we tried lots of different avenues to come to a conclusion to accommodate the skateboarders. And like we said, we did try. It was a temporary site. I’m not saying it was the best site. It was a temporary site. And parents had agreed to monitor it for those children that they knew that would use the facility and that didn’t go so well. So, damage and things start to happen, hanging out all that kind of stuff started to go on.”

Councilman Culotta explained that he did not see a need for drastic changes to the ordinance, but he felt it was wrong to write off skateboarders with a broad stroke, claiming that all skateboarders destroy things. He realized there was a problem at one time, but it may not exist today.

“Councilwoman Wilson is exactly right. I was on Planning and Zoning. We did spend a lot of time on this, but Councilman Culotta’s point that this was a while ago, that this is a different time now, is also accurate,” Councilman James said. “And I’m sure many of us are out all the time. I don’t know how many skateboarders you see, but I probably see more adult skateboarders than I see younger people skateboarding actually. It may be time to revisit this. I’m not sure I don’t know what Council’s pleasure is, but it may be time to revisit because, at the time we put this in place, we were doing all the brickwork on North Street and the amphitheater and all the lighting, so the idea was to protect it. I mean, maybe that was short sighted.”

Councilman Fulton agreed that he had noticed more adults on skateboards than young people.

“I see them also being used as a means of conveyance to and from locations for shopping, eating out and so forth. It’s just something that happens,” Councilman Fulton said. “We don’t nearly have the amount of it that U of D has, but there is still skateboard traffic from the more adult variety in our community than the younger age. So, I think this, when it was originally written, it performed a function it was designed to, but I do think it needs to be revisited.”

Council voted unanimously to table the matter and discuss it further at a future workshop. They also hoped to hear from constituents about their thoughts on skateboard restrictions as well as a possible skatepark in Milford.