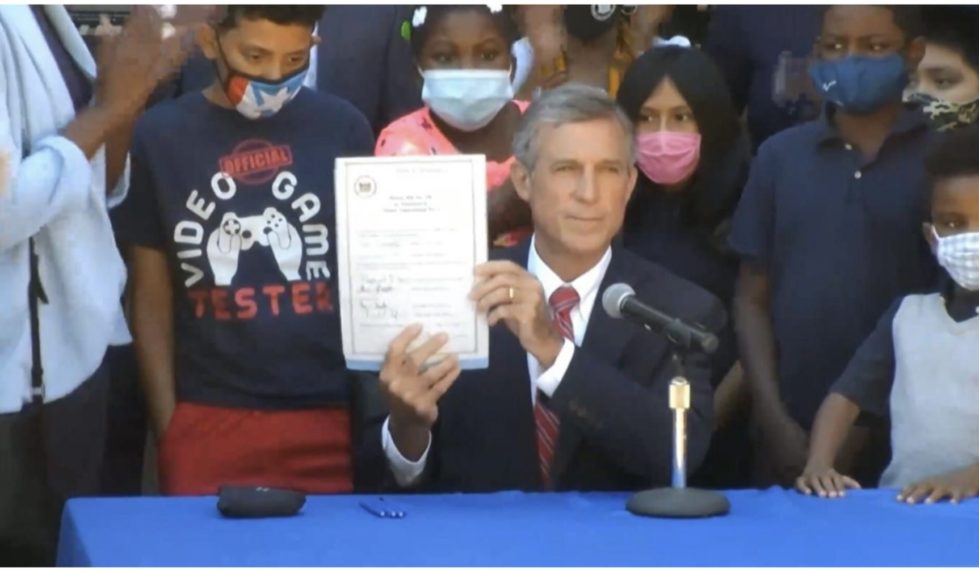 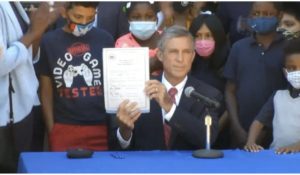 At a recent school board meeting, Milford School District Board of Education heard details on changes to curriculum that must be implemented by August 2023 due to legislative action. On July 23, 2020, Governor John Carney signed HB 318, also known as the Holocaust Education Bill, into law and, on June 17, 2021, signed HB 198 into law. The second bill requires a more thorough teaching of black history in public schools. The district created a task force comprised of teachers and administrators to determine how Milford’s curriculum must be adjusted to meet the new criteria.

“In October of 2121 this group got together, and we really took a deep dive into what exactly was HB 198 and HB 318, asking us to do as educators,” Dr. Kate Bowski, Student Learning Specialist, said. “And so as we started to tear that apart, we decided that we needed to really look at what we were currently doing. We created a document that really cross referenced what we were currently doing in our classrooms with the tenants of both the Holocaust and the black history bill. We did this first by tackling it with our task force members and then we reached out to teachers in other classrooms so that we really got a very good picture of what we were already doing.”

According to Bowski, Milford already included much of what the bills required in their Social Studies curriculum. However, they did find gaps in a few areas which led to discussions about how to fill those gaps. Because the subjects can be sensitive in a classroom, the task force held meetings with staff to create professional development in areas where gaps existed. In May, Bowski and Dr. Bridget Amory, Director of Student Learning, attended the Delaware Social Studies Coalition where they learned ways to naturally imbed black history into instruction, were provided some curricular resources and gained information on how to address staff needs when it came to instruction on the Holocaust and black history. The meeting also allowed for networking among various districts as well as higher education institutes.

“In June of this year, we submitted implementing plans for the Holocaust bill to the Department of Education and shortly after we met with Dr. Ordner Taylor as well as our Social Studies Task Force,” Bowski said. “Dr. Taylor is associated with Delaware State University and is a visiting professor of English and foreign language and he has done work with other districts in Delaware surrounding the implementation of the Black History bill. We have done extensive work this summer in realigning our elementary Social Studies curriculum so that it has a more natural flow and that we cover all of the standards that we need to teach our students.”

As the district moves forward with the new curriculum implementation, Bowski explained that they would continue to cross reference other areas of the curriculum where Holocaust and black history could be naturally included, such as art, science and math. The district will continue to work with Taylor as well as the Social Studies Coalition. The Coalition has provided opportunities through the NYU Metro Center to assist with equity access issues. Bowski stated that the curriculum would likely never be “stamped as finalized and put on a shelf as true curriculum integration happens on a regular basis and is a continual review process.”

After her presentation, board member Dr. Adam Brownstein asked that there be transparency to the public about the changes made to curriculum.

“Obviously, the way the bill is written, there are lots of different references we can opt to utilize,” Brownstein said. “I am just advocating for some transparency on that. Maybe give some real world examples of how you integrate it because I think a lack of transparency will result in people making assumptions and have certain fears that may or may not be justified. So I think part of his has to be public transparency.”