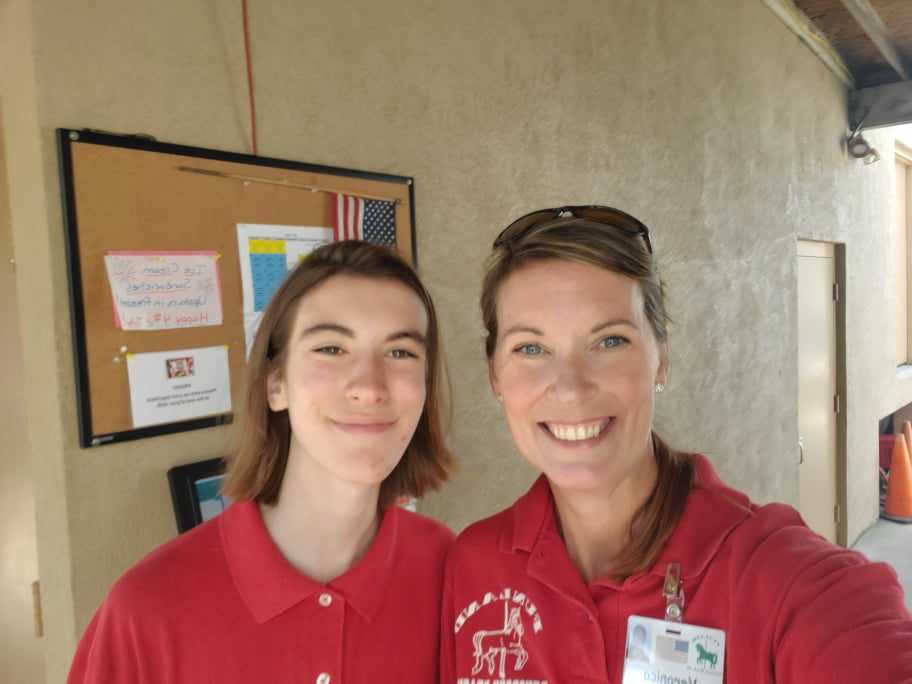 Veronica Evans and her son, Will, begin work at Funland

With many area businesses struggling to find staff this summer, Funland has been no exception, posting often on social media that they were hiring.

Several alumni staff commented that they would love to return there to work, so Funland called their bluff, according to Veronica Evans, who worked there the summer of 1990, going into her junior year of high school.

“Around mid-June, they posted to the group that they would love to see some faces from the past, and they were willing to be super flexible,” said Veronica Evans of Milford. “So, I believe they had four alumni return this summer so far.”

She had been asked to return for the 1991 summer season, but the typical schedule was seven days a week. That made it difficult for her to work around other activities she was involved in, plus she had much younger sisters she wanted to spent time with before she started college.

Evans with other Funland staff during the summer of 1990

“On a Facebook post for Funland Employees, past and present, a Funland family member asked if any alumni in the area would be willing to help cover staffing shortages,” Veronica Evans said. “I have wanted one to two days of summer work for a while since I am a teacher with summer flexibility, and this seemed like a win-win for Funland and me.

“My husband and I had also been trying to decide if this summer would be the summer to encourage our son, Will, to get his first job, but we hesitated because he has a lot of activities this summer. Since they were willing to be flexible with both of us, we were hired.”

Veronica Evans said had been great working with her son on his first job and that she sees him growing more confident in general while gaining work experience in a very positive environment.

Evans son, Will, enjoying Funland long before he became an employee

“The best part about working here is that, because it is so family oriented, you immediately feel like family and like they are there to help you be successful,” Will Evans said. “Your success contributes to the whole of Funland. Besides my parents. Funland was a job that definitely helped develop in me a strong work ethic and teamwork, which is why I also felt it was a great place for Will to get job experience.”

Veronica Evans said that working at Funland has not really presented any scheduling or other challenges.

“My friends lovingly thought I was crazy to work this summer, and it was not on my radar at all,” she said. “But that is how much I love the Fasnact family and the environment they have at Funland.”

Most people might night is would be challenging to transition to a resort customer service job, she said.

“But I think after everything, most of us have experienced the past year and a half, we have learned to pivot, show more grace and flexibility. As a teacher, I have also felt that teaching involves a level of customer service and constant adjustment and reflection, so working at Funland helps transcend those skills.”