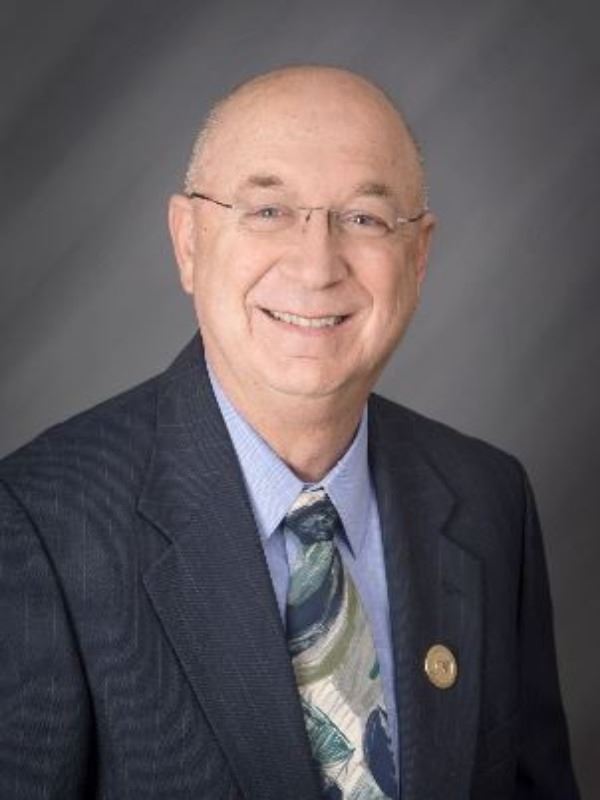 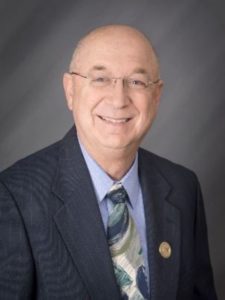 Former Councilman Doug Morrow, who served on Milford City Council for 32 years before stepping down when he moved to Wilmington. Councilman Morrow represented the Third Ward, a seat now held by Nirmala Samaroo.

“Whereas  many impressive accomplishments had taken place during his 32 year tenure, some involving essential transportation improvements, major utility expansions, the redevelopment of vacated subdivisions throughout the community, the formation of private public partnerships, the completion of critical health care projects and specifically the development of the greater Milford Industrial Park and independence Commons,” City Manager Mark Whitfield read from a proclamation signed by Mayor Archie Campbell. “A new public works facility, the extraordinary revitalization and preservation of Milford downtown and particularly following the 2003 fire that nearly destroyed the historic district. Completion of the Mispillion Greenway, Riverwalk and park phasing project plus the Bayhealth Sussex campus, the transformation of the former Milford Memorial Hospital into the vibrant Milford Wellness Village, offering a multitude of amenities for children and seniors, the repurposing of the antiquated Milford Armory that is now open to the public for activities, workshops, seminars and the approval of a new and modern 31,000 square foot police facility and much more.”

Whitfield continued, reading off the various committees Councilman Morrow served on while he was on council, including the Finance, Police, Public Works, Annexation, Economic Development Committees along with many sub-committees. Councilman Morrow served on the Kent Economic Partnership, advocating for fiscal accountability, public safety and employee pay and benefits. He was elected to serve as Vice-Mayor in 2013 and continued in that role until he left office in 2021.

“You have always been a strong supporter of the police, Chief Kenneth Brown said, presenting Councilman Morrow with an award as well. “More than that, you promoted openness and dedication to the Milford Police Department.”

City Clerk Terri Hudson told a story about Councilman Morrow before presenting him with a gift.

“Everyone knows Doug likes t-shirts and we would go to conventions where he would always ask for a shirt from vendors,” Hudson said. “It got to the point where he would go to certain vendors at conventions, and they would already have a shirt for him in his size. I found out from a friend who shall remain nameless that Doug had a special room in his house where he kept these shirts and gave them to his family for Christmas.”

Councilman Morrow left office in September 2021 after he and his wife, Linda, moved to Wilmington to be closer to family.

“When I first ran, I wanted to have a voice and assist others within the city,” Councilman Morrow said upon his resignation. “I felt the same when I ran last time, but things moved faster than I thought when we made the decision to move. The city is in good shape and will continue to as council works well with city staff.”

Ladybug Festival Spotlight:  Lisa and Lori Brigantino
This state program can help people earning up to $98,000 buy a home
Horseshoe Crab & Shorebird Festival back on for Saturday in Milton
Brownstein asks school board to speak out on handling protests