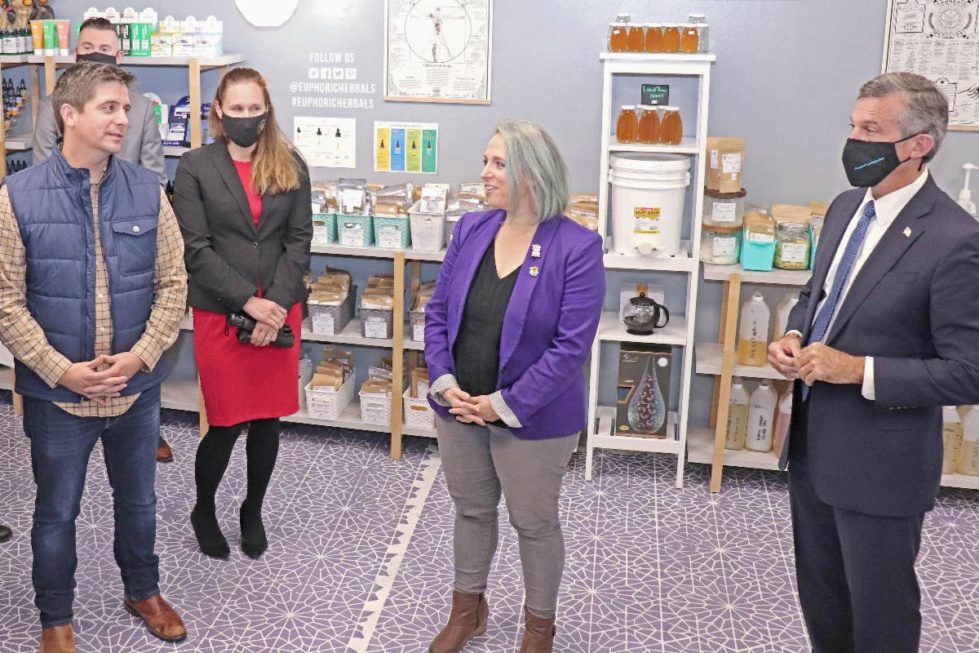 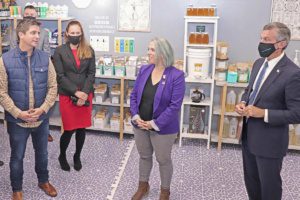 “These businesses are still strong and have been very creative in adapting to changing conditions with COVID,” Governor Carney said. “I think we need to help them as much as we can. The Small Business Administration reaches out to our veteran-owned businesses, but when you talk to them directly, you learn just how many challenges they have had to face over the past two years.”

Cindy Collins, owner of Euphoric Herbals and Apothecary, served four years in the Air Force, a service that brought her to Delaware. Three years ago, Collins opened her store in Milford, selling herbs, herbal teas, smoothies and more. Collins was named the United States Small Business Administration’s Veteran-Owned Small Business of the Year for Delaware in 2019.

“I am proud to be a veteran-owned business along with others who were visited by the governor that day,” Collins said.

Evans Armantrading, Jr., owner of CNU Fit, served six years in the Air Force and credits his service with his current business success.  Although he enjoys the recognition, he stated that he gets joy from what he does each day more than the recognition. Armantrading was also named the United States Small Business Administration Veteran-Owned Small Business of the Year for Delaware in 2020. 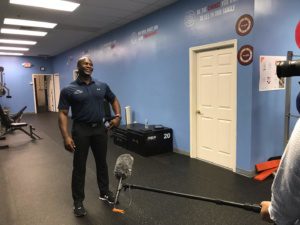 Evans Armantrading Jr., an Air Force veteran and owner of CNU Fit, prepares for a visit from Governor John Carney

“Serving in the military has helped me run my business today,” Armantrading said. “You learn discipline, which is key in building a business. As a Staff Sergeant, I had about 20 troops I had to lead which provided me with many leadership skills.”

Governor Carney also visited Lifecycle, owned by Jenn Rowan and Ben Jones. Jones is a United States Marine Corps veteran. There, the governor learned about the business Jones and Rowan created, selling and repairing bicycles as well as how important the couple had become to the community.

There are more than 5,800 businesses operated by veterans in Delaware.