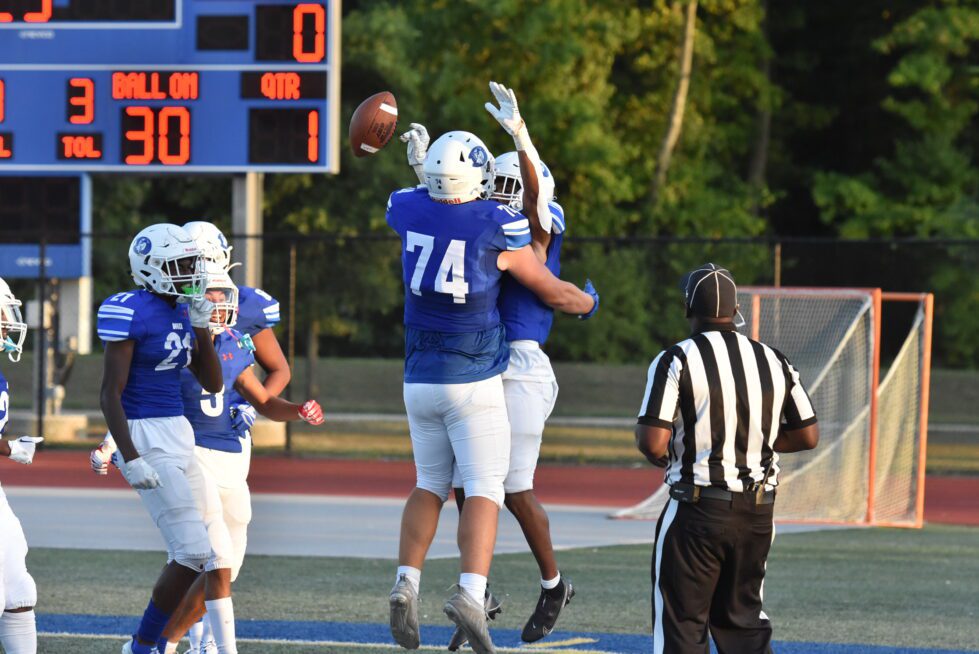 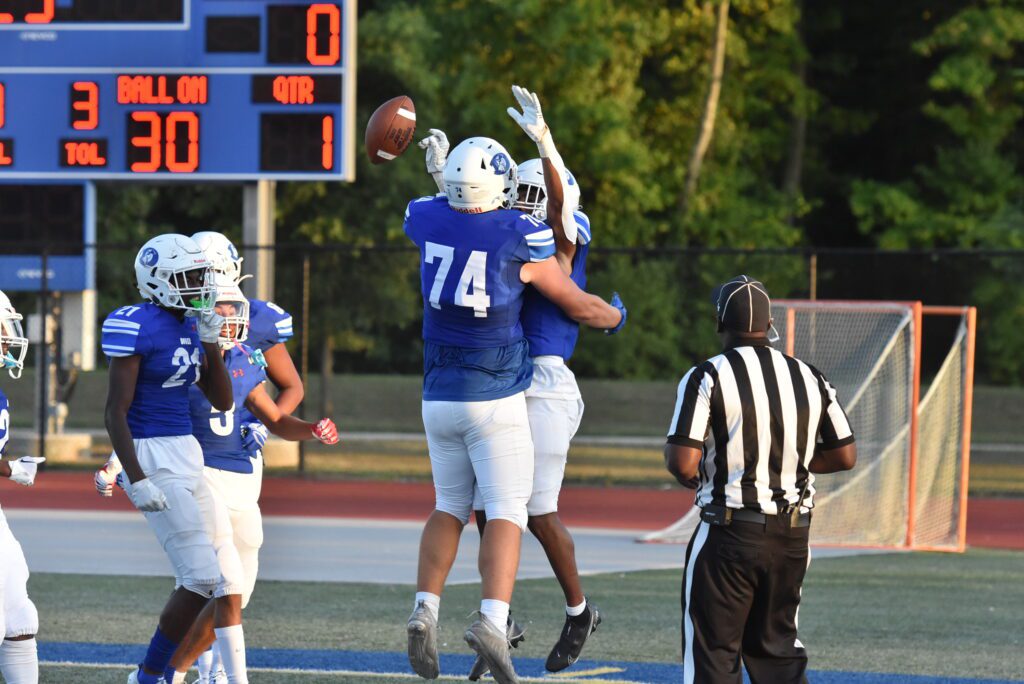 Jakwon Kilby carried the ball 20 times for 158 yards and scored four touchdowns leading the Senators to a 33-12 win.

“It’s really nice to have a player like Jakwon Kilby on your team. He is a power runner and he did a nice job finishing off drives tonight,” Dover head coach Chip Knapp said.

Cape Henlopen drove inside the Dover 40 on the opening drive of the game, but the drive stalled there as the Senators took over after an incomplete fourth down pass.

Seven plays later Kilby scored on a four yard run with 2:42 to play in the first quarter. Brandon Yoder added the PAT as the Senators took a 7-0 lead.

Dover appeared to be ready to thwart another Cape Henlopen drive, but a roughing the passer penalty gave the Vikings a first down. Three plays later on a third and 13 carried the ball inside the five yard line. Two plays later James scored on a one yard run. Dover blocked the PAT kick clinging to a 7-6 lead.

Dover answered with a 12 play 80 yard drive using nearly six minutes capped off by a 15 yard run by Kilby for a touchdown with just 58 seconds to play in the half. Yoder added the PAT as Dover took a 14-6 lead into halftime.

Shameek Morris added a one yard touchdown run in the fourth quarter for Dover and Keishawn Mansfield closed out the scoring with a 25 yard run for the Vikings.

Dover amassed 320 yards of total offense with 263 coming on the ground. Nahseem Cosme completed all eight of his pass attempts for 57 yards. John Parker caught six of those passes for 48 yards.

“Our offense did a very good job of limiting the mistakes tonight, we didn’t shoot ourselves in the foot like we have in some earlier games this season,” Knapp said.

Dover held James to 69 yards on 19 carries in the game. In the previous three games James has averaged over 100 per game.

“The defense kept themselves in good positions tonight to make plays. They kept a really good running back in Maurki James from getting going tonight,” Knapp said.

Dover improves to 3-1 overall and 1-0 in District 2. Dover will host Caesar Rodney next Saturday with a noon kickoff. Cape Henlopen fell to 2-2 overall and 0-1 in district play and will be idle next week and then travel to Delmar on October 7.