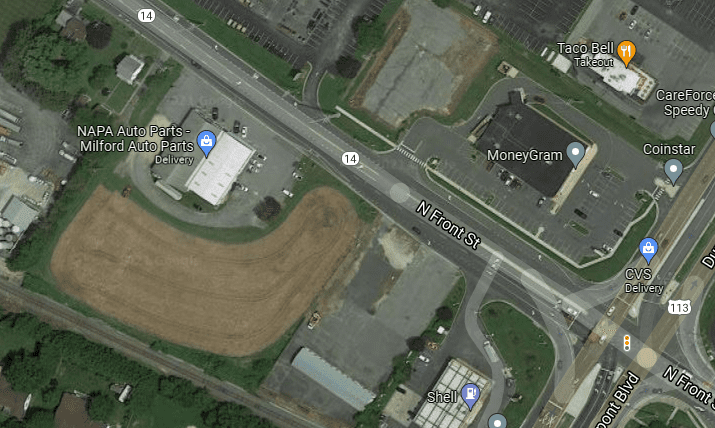 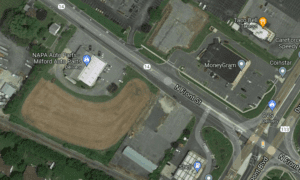 This plot of land will soon be the location of Wash It, a state-of-the-art laundromat

“The owners, Henry and Don Hall, believe there is a need for a modern laundromat in Milford,” Cliff Mumford, Civil Engineer with Davis, Bowen & Friedel said. “They currently own two laundromats in Salisbury and the one constructed here would be similar. There will be 39 parking spaces with a sidewalk installed along the front of the building. Like their other locations, this laundromat will have an ATM, vending machines, attendant, bathrooms, free WiFi and cable television. There will be several employees who will work two shifts. The laundromat will be open from 6 AM until 10 PM with doors closing at 9 PM. They are also closed on certain holidays.”

Mumford explained that DelDOT was in the process of updating the intersection at Route 113 and Milford-Harrington Highway. He stated that the developer would work with DelDOT to incorporate any changes necessary to the entrance once those plans were finalized. Councilwoman Katrina Wilson asked what types of changes were proposed and Mumford stated that he believed they were looking at adding run lanes and pedestrian crossings. 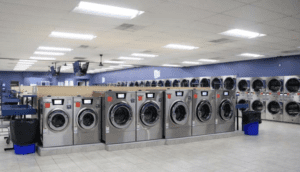 “We plan to install 56 washers and 70 dryers in this location,” Don Hall said. “This is a big operation, similar to the other two we have in Salisbury. What sets ours apart from others is that we always have an attendant on duty so if there is a problem, someone is there. I have seven kids, so I have plenty of kids to go around and check to be things are working properly.”

The machines installed would be state-of-the-art, Don’s son, Henry, said.

“The machines are all smart machines,” Henry explained. “You can pay with coin; they do not take tokens. But there is also an app you can download to your phone, and you can pay for the laundry that way as well. We offer a rewards program if you use the app, so that can be beneficial. Customers can add their banking information to the app or just use the ATM that is onsite, whichever is easier for them.”