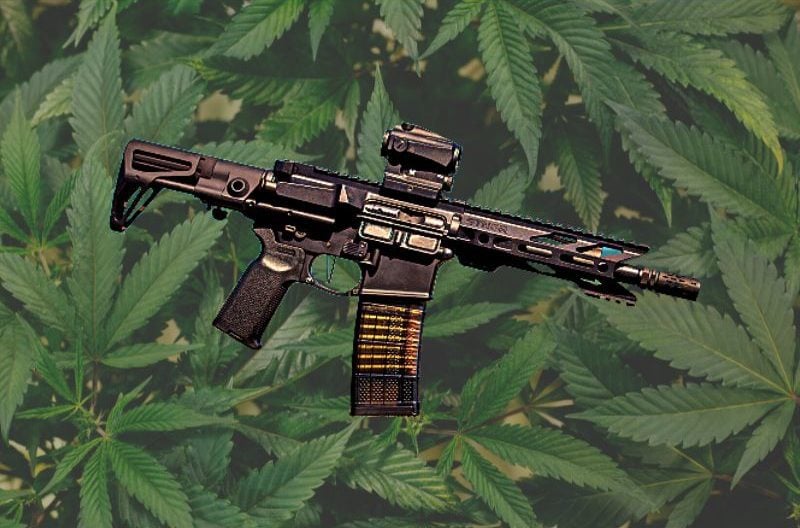 A bill that would allow medical marijuana patients to obtain a firearm will head to the Senate floor.

The bill, which passed the House on June 14, continued to draw strong public support before it was passed 6-0 by the Senate Health and Social Services Committee Wednesday.

Under House Bill 276, a patient registered in Delaware’s medical marijuana program would not be barred from possessing a firearm as they are now.

He noted that using medical marijuana causes problems under the Safe Storage Act for gun owners.

“If I were to go on medical marijuana, my wife would have to change the codes on all of our safes, or she is guilty of providing access to me and my firearms, as a prohibited person.”

Spiegelman also cited the hypocrisy of the bill. A person could be prescribed oxycontin or other narcotics and still obtain a firearm, but if they choose medical marijuana, they are disqualified from owning a gun.

Tracy Dormer, a Sussex County resident, said she has a concealed carry license and was recently diagnosed with a significant back injury.

She’s allergic to traditional remedies like oxycontin, vicodin, and other similar drugs. Ibuprofen causes internal bleeding problems and acetaminophen is ineffective, she said.

“I don’t believe that it is conscionable that as a disabled person, I must choose between my personal safety or being in constant pain and unable to sleep,” she said during public comment.

She reinforced the idea that allowing an alcohol-drinker or someone using prescription medications to own a gun, but someone using cannabis, “a natural substance with few side effects,” is hypocritical.

Denise Clendenning, a resident of Newark, said that for too long, medical marijuana patients have had to choose between their medication and Second Amendment rights.

She said she hopes the bill makes it to the governor’s desk before the Second Amendment is “further destroyed because there might not be anything left.”

Sen. Sarah McBride, D-Wilmington North, asked Spiegelman if the Division of Public Health or the Department of Health and Social Services were consulted.

“They have not been consulted,” Spiegelman said. “I will say that a very similar bill to this did pass the 150th General Assembly through the Senate unanimously, and we simply ran out of time in the House due to COVID.”

No legislators spoke out against the bill, which will land on the governor’s desk if passed by the Senate.