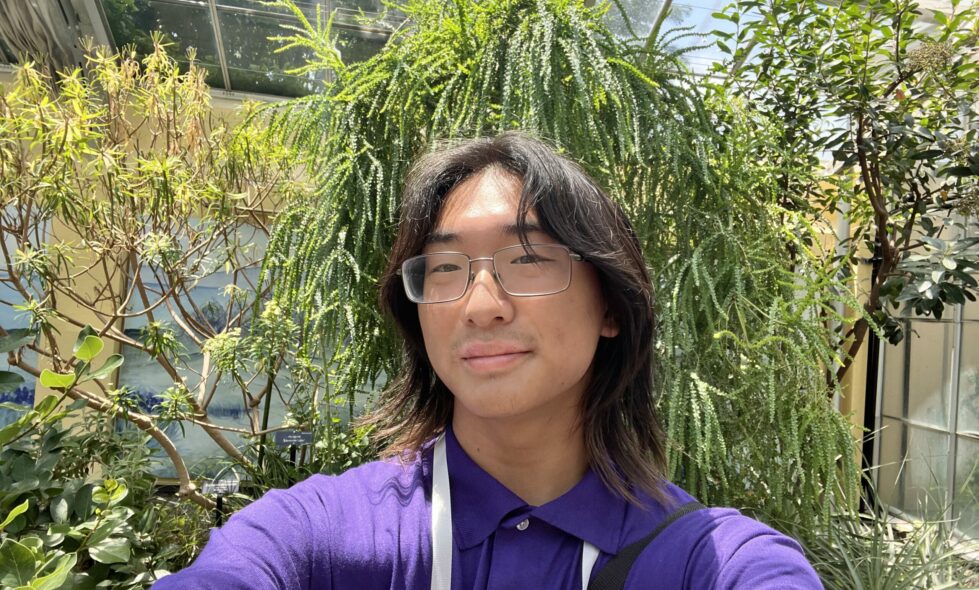 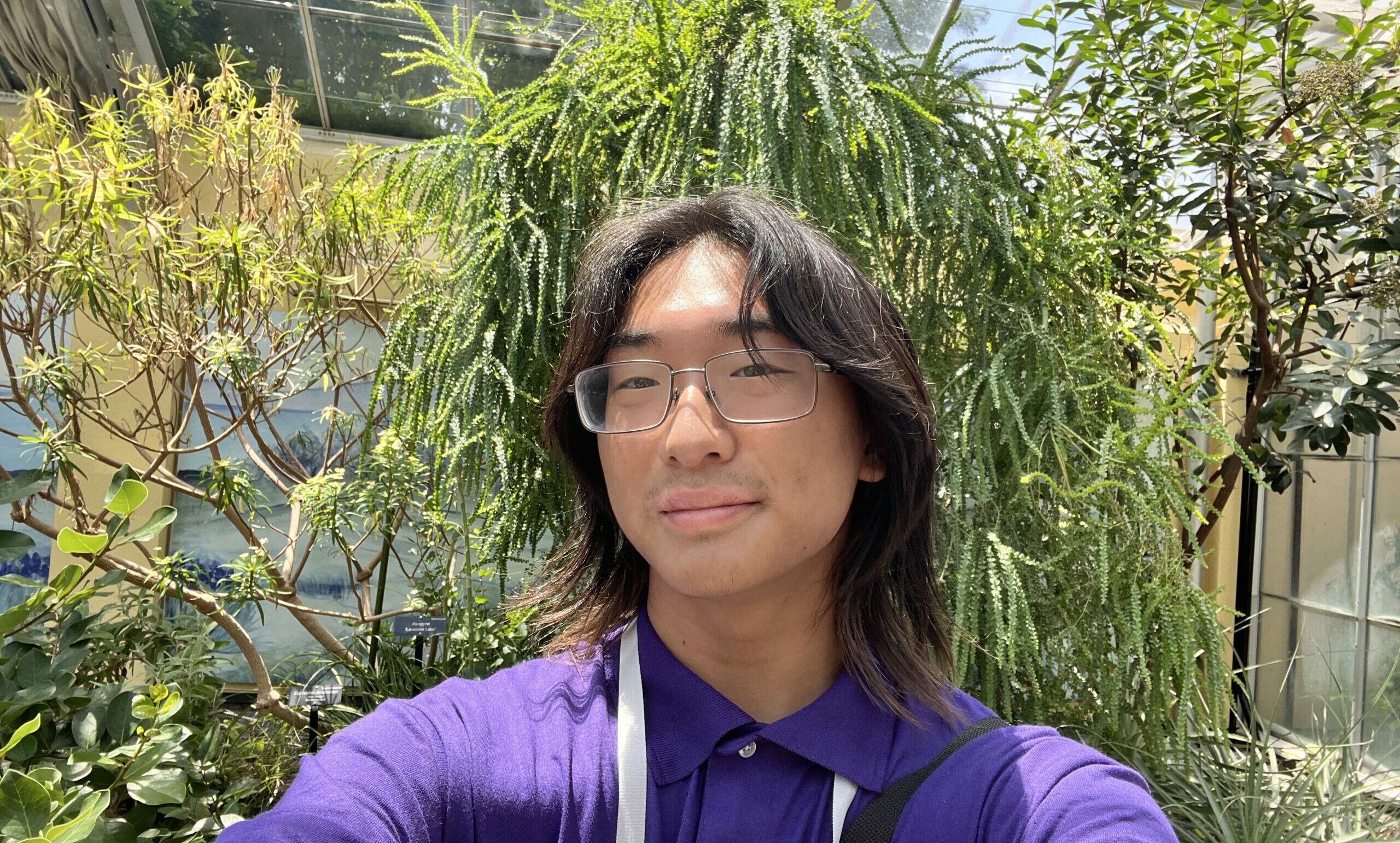 Columbia University hopeful Nathan Cho is not going to miss his shot.

He’s been eyeing a spot on the Delaware Board of Education for years and now  Gov. John Carney has appointed the Conrad Schools of Science senior to the board. His first meeting was last week.

“I think that it’s a topic that’s always referred to but never exactly has that made sense to me or a lot of students,” Cho said. “There’s always a pressure to prepare for college but I don’t think there is explicit support and guidance on how to do that.”

Cho’s parents migrated to America from South Korea in 2000. He said  many immigrant students and students of color have a difficult time navigating the college application process, especially since many of them are first generation college students in America.

“The system is wildly different, and I had to find a lot of the information by myself, and it was a hard journey,” he said.”It’s a lot of tough information and It’s not something that’s easy to navigate or a clear path that you can follow.”

Cho also hopes to mitigate the disparities between white students and minority students.

To do that, he said, power needs to be held by the students.

“Often, the adults in these systems don’t necessarily know what exactly the students want, and they can get a basic picture of it, but a student truly knows what they need and what they want,” he said. “I want to really focus on the minority student experience and how to fix the issues and barriers that they face, and really just amplify their voice in a space that they often aren’t heard.”

When Cho goes to college, he plans to study the humanities in college, with a focus on history or literature.

While his dream college is Colombia, he also plans to apply at the Boston College, University of Michigan and the University of Southern California.

The application process to be named as the student representative on the Delaware School Board included an interview and answering essay questions.

The interview gauged Cho’s grades and involvement with extracurricular activities. The essay questions revolved around his goals for the board and his interests in education.

His high energy level comes through both in a telephone interview and by reading his resume.

Cho’s résumé as a student

During his time at Conrad, Cho served as the president of the Minority Student Union, a collective that advocates for changes they want to see in the school.

He’s in the school’s Green Club, and was able to bring back the school lunch recycling program to Conrad, which creates standards to help students and staff be mindful of what they’re throwing away.

Cho is part of the legislative branch of the school’s youth and government club, which is run through the YMCA of Delaware and is aimed at introducing students to policymaking and legislative practices.

“I create these kinds of policies and I bring them to statewide conferences and we debate them with other schools,” he said. “It has worked wonders for me in terms of my public speaking skills and helping me discover what I’m passionate about, and really opened up dialogues about different ideas in society.”

Cho joined the club in middle school as a delegate, and then became a delegation leader. He was elected president of the Senate, before being elected as a youth governor, a position he’s held for more than a year as the premiere youth leader of the program.

He also is part of Model UN, where he has had a “fish out of water” experience competing against teams from across America.

A trumpet player, he’s also the high brass section leader in Conrad’s marching band, something that gives him a creative outlet in his otherwise academically rigorous day.

“It’s given me an opportunity to really cultivate a hobby that I don’t think necessarily fits into the strict academic structure that I think a lot of high schoolers are kind of encouraged to follow,” he said. “Sometimes it feels like all the activities, everything you do, has to contribute to some greater structure of your future, but I love playing the trumpet because it’s simply fun to me and it’s something that I enjoy doing.”

Even so, Cho cites college as his greatest motivator, saying that the idea has always compelled him to work hard and stay motivated.

“I always have my eyes set on the horizon,” he said. “I really like trying to see what’s next for my life, and I hate just staying stagnant.”

His desire for constant change is rooted in his favorite author, Oscar Wilde, who notably said, “To live is the rarest thing in the world. Most people exist, that is all.”

“I fell in love with his style of writing,” Cho said. “It’s something I strive to replicate.”

His favorite book is Jandy Nelson’s “I’ll Give You the Sun,” which tells the story of twin children Jude and Noah, and Noah’s love for the boy next door.

“I discovered it in a time where I was coming to terms with myself and my own identity as a queer person, and the storytelling in that and the kind of arc that the characters go through spoke to me a lot,” he said. “It was a really validating book to read and it was really helpful in affirming who I was.”

Although he’s going to a STEM high school, Cho said his favorite class by far is his AP Literature class.

“It really exposed me to a world of study that I never really had a lot of exposure to because I go to a science school,” he said. “While I have a great appreciation for STEM and research, I really appreciated the ability to cultivate more of a humanities side to education.”

Cho’s mother is a physical therapist and his dad is an accountant. He says they inspire him to care about education, while breaking the stereotypes of Asian parents.

“Though my parents have high expectations for me, a lot of the time the responsibility was solely mine,” he said. “They were very slow to intervene if I got a bad grade or something, and I enjoyed that model growing up because it taught me to have accountability for my own academics and take responsibility for my own work and the pride and success that comes with it.”