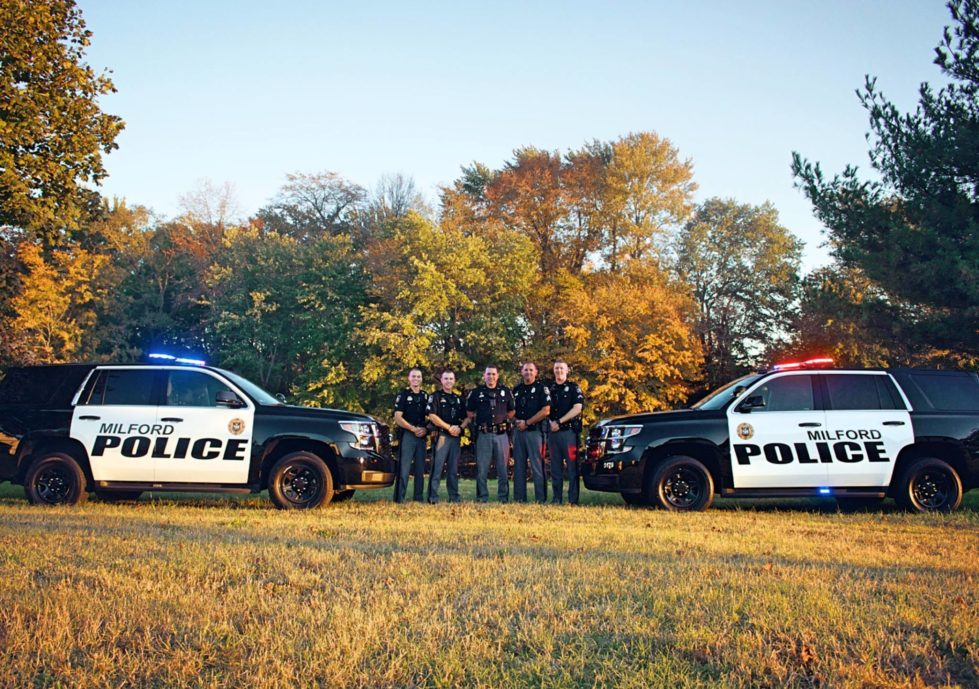 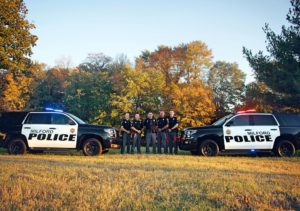 The City of Milford, at their regular council meeting on November 8, approved the purchase of 15 Ford Hybrid Police Interceptor vehicles. The purchase will allow Milford police officers to take vehicles home with them once they are placed in service.

“I think my earlier presentation came in with an estimate around $960,000,” Chief Kenneth Brown said. “When we actually got down to the nitty gritty, we are at $883,551.27. That’s for purchasing 15 vehicles and equipping 17 vehicles. The reason for that is, we already have two vehicles on order through the normal process and our pool fleet. So, those are already coming out of the budget. But, because we would have used the equipment from the cars we would replace those with, we are now keeping them under this program, so this price reflects the purchase of 15 cars and equipping 17 cars.”

“The good part of that is we should be able to expect some type of refund for the body camera monies we are putting out as the state has already made that into law that all police must have them,” Chief Brown said. “They are working on the funding now and just how that will be rolled out. It should include some reimbursement to us, not for previous but for the future which would be a savings and it may be a significant savings. I don’t know when that is going to happen.”

Some of the funds for the new police cars could come from the American Rescue Plan Act (ARPA) funds allocated to the city. In addition, Councilman Jason James pointed out that the police are currently under budget and that the city was working on finding other funds to cover the cost of the new behavioral health unit. With the potential reimbursement for body cameras, the budget would allow for the purchase of the police cars.

Councilman Dan Marabello asked what the timing was for the purchase of the cars and Chief Brown stated that he was told by the dealership that it could be at least nine months before the cars were available.

“The procurement of vehicles, even if they are saying nine months, it could be longer than that because there are delays at the manufacturer,” Councilman Andy Fulton said. “We ordered vehicles where I work six months ago, and they promised six months. We were just contacted and told they are delayed another six months. So, I mean, getting them ordered, you’re locked at the price you ordered them, so you’re actually at a cost savings. If I can just add a comment, we know how important this program is in keeping the viability of keeping our police officers. I think we’ve already agreed how important this program is to do that. Right now, we’re finding the cost savings within the budgetary for covering most of this. I think it is a great time to do this program.”

Mayor Archie Campbell stated that when he and Chief Brown met, there was discussion of only those that ranked corporal and above would be eligible to take cars home.

“I don’t want to make that decision now,” Chief Brown said. “Regardless of when we get the vehicles, we need to have them there.”

Councilman Todd Culotta agreed with Councilman Fulton that this program was necessary.

“I understand the availability of vehicles, that is everywhere right now,” Councilman Culotta said. “That will eventually take care of itself. I have three points I want to make here. The first point is the flexibility and the availability of officers that they can be on the clock as soon as they leave their home, instead of coming to work, getting dressed and getting on their shift that was just used, this makes a little more flexibility. It also extends the life of the resource, the car itself over time. We won’t be replacing cars as often as we would.”

The second point Councilman Culotta made was that this program would protect the health of the officers.

“They are not sharing a car that someone has just done a 12-hour shift in,” Councilman Culotta said. “Somebody else comes in, hops right in it, it could be spreading something, we don’t know. So, this is really why I see a value in that. Third is job satisfaction. We all know that this is a competitive environment in law enforcement and in many businesses, but most importantly law enforcement with job satisfaction which leads to officer retention. I think it is a great bargaining chip. We have to attract talent to the City of Milford at a time when cities are talking about defunding the police. I think we are showing right here that we support them, that we back the blue and that’s very important.”

Council voted unanimously for the measure.

“Thank you for doing this,” Chief Brown said. “It will go a long way toward our recruitment and retention.”