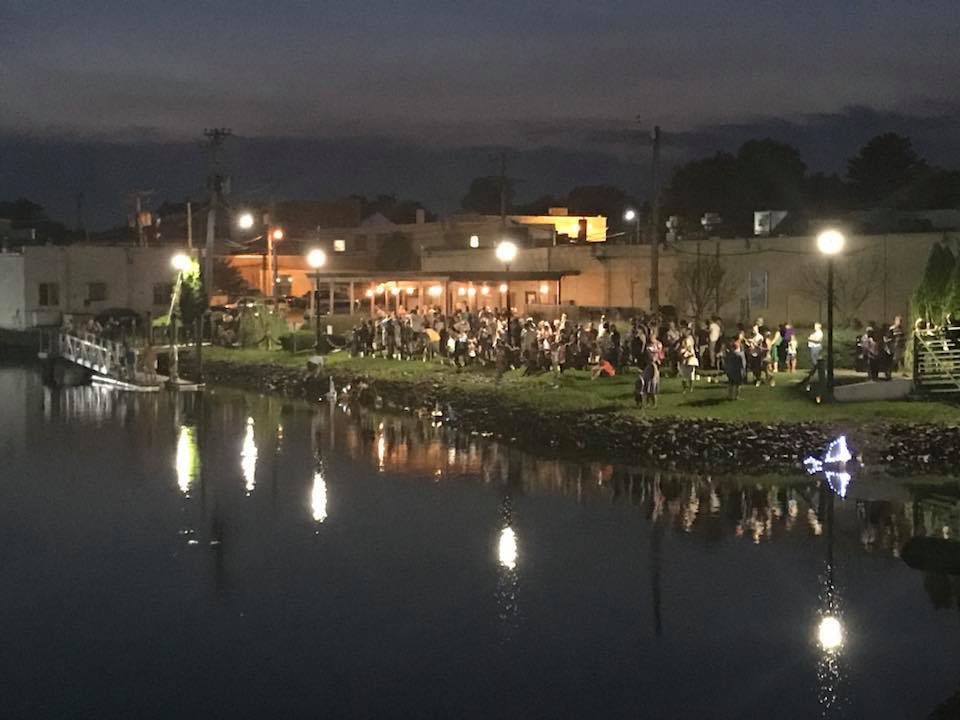 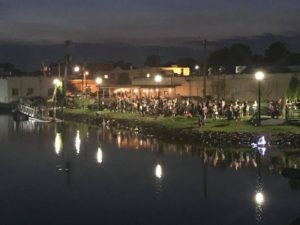 DMI hopes to bring back Light up the River this year

Downtown Milford Inc. (DMI) presented its annual report to Milford City Council on March 28. James Rabe, President of DMI, presented an overview of the past year as well as a look at their future three-year plan.

“The total indirect and direct economic impact of DMI for the year was just over $335,000. So, combination of money spent downtown, as well as total volunteer hours and volunteer impact through the multitude of events, the different planning that we’d had throughout fiscal year end 2021,” Rabe said. “So pretty good year. Through March 31, DMI is able to report we’ve had a net income of $34,081.61. We did do a complete website rebuild and we did have several grants awarded to our organization, as well as to the Vinyard Shipyard project this past year.”

Rabe reported that two long-time board members, Peggy Reilly and Lang Redden completed their six-year terms on the board and were required to step off for a year under the DMI bylaws. Yanelle Powell and Sarah Bluhm both had to resign from the Promotions Committee with Rabe stating they would be missed.

“As far as our 2021 and 2022 event schedule, we did move the St. Patrick’s Day pub crawl, which was missed by many, to October,” Rabe said. “We did recently hold the Irish Music and Dance Festival. We are adding Bug and Bud this year. It’ll be a smaller event, just due to the reduced time-planning schedule. That event normally would have started back in November as our planning. We weren’t sure if we would be having any events in first and second quarter back in November. So upcoming is the Sussex and Kent County marker ceremony as well as the Ladybug Festival and then we’re readding back Light up the River this year.”

As far a social media, DMI had 36,831 social engagements from their targeted marketing and are expecting to surpass 75,000 in 2022. The organization began a new direct marketing and social media outreach with targeted posts towards, again, value addition for the downtown and surrounding areas. DMI is highlighting downtown businesses to give them more exposure. Four new businesses opened downtown, two expanded, two closed and two additional downtown artists were added to existing business suites. Three properties were purchased downtown with the goal to open new businesses.

“We are again requesting from the city, the fifth year for funding for $47,500 which includes a CPI increase of seven percent. And if someone who is better at finance would like to double check that I’d appreciate it, please keep me honest. Make sure that’s accurate,” Rabe said. “And on top of that, what we’re looking to include in future years as well as the Ladybug Festival for the amount of 30,000. Unfortunately, that event has increased the cost to DMI to $40,000. Now, we’re going to make up the other $10,000 through the other funding we’ve received and have been able to hold on to and then our hope is in future years we’ll grow that event to pay for itself completely. And I do believe this year it will pay for itself completely because we put a lot of effort into additional fundraising.”

According to Rabe, DMI plans to add dedicated event planning services to increase frequency. The complexity and maturity of the events that we bring downtown include primary and secondary stakeholders, providing social media management services to those businesses so they can focus on running their company rather than worrying about marketing services. Consultants have been identified who will either volunteer or offer reduced cost services to downtown as a buying group along with free website management and free website building services. DMI hopes to add a downtown vacancy portal display to showcase available properties, create an entrepreneur toolkit and business portal to help owners navigate what are sometimes seen as complicated Small Business Association policies and formalize DMI’s own business lending fund.

“So the we talked about that. We talked about moving the Pub Crawl to Cinco de Mayo,” Rabe said. “It grew to tacos and tequila. So yes, but we were again afraid, and the concern was that no one would host us because when we started the planning cycle for that a lot of businesses were going if I open up my business and I bring people in, they can take off their masks while they drink. What’s my personal liability? So, I would love that, but it was too early this year to get that in and start that planning cycle. And that was our concern. That’s why we moved to St. Patrick’s Day events, because people love pub crawls. That is by far one of our best events. So, we’re just hoping to bring that into Oktoberfest, and I think people will still share the love across Milford.”