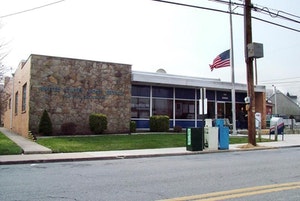 This week, the United States Postal Service announced that it was seeking public input regarding the potential relocation of the Milford Post Office. The current post office was built in 1962.

“The move has been prompted by the need to expand the floor space for our carrier units at the current location,” Melissa Lomax, USPS Corporate Communications, said. “Retail operations only will be moving from that location. There are no issues with the current building other than we need additional space for our carrier operation. There will not be a new building since only retail operations will be moved.”

Lomax explained that there will be a 30-day public comment and appeal period. A display has been placed in the post office or people can send their concerns to ATTN: MILFORD DE, United States Postal Service, P.O. Box 27497, Greensboro, NC 27498-1103. Lomax also stated that as a semi-autonomous government agency serving the public, everything is step-by-step at this time and no timeframe is available.

“The process takes as long as necessary to insure the good of the public and the safety and transition necessary to perform this or any specified operation from postal planning,” Lomax said.

Milford residents see a need to relocate the post office.

“It definitely needs to be bigger,” Lezlie Eustis said. “The traffic pattern inside is just awful and that was before the pandemic. There needs to be more self-service options and the place to drop off packages that are ready to be mailed needs to have the ability to pass them through some kind of opening where they are out of reach of customers. Parking is horrendous and the traffic pattern on the street is frightening. When someone is at the mailboxes, I am always worried they will pull out and run into me.”

Michael Moyer stated that as the city grows, there will be a need for changes to the post office and he would love to see it remain downtown while Joe Wells commented that the current location is a “pedestrian fatality waiting to happen.”

“I don’t think the current location is bad,” Jenna Menge said. “The lobby area could be a bit bigger or laid out differently. For example, the table to fill out postage information is also where you need to stand in line. The parking situation is the hardest. The parking lot needs to be about 10 percent bigger. My biggest concern is that people are crossing the road to park and it’s on a weird bend that people tend to speed through without a clear line of sight when people come around the corner. More signage or a crosswalk with lights would probably be ideal.”

Kate David suggested that the former M&T Bank building which has ample parking, a basement and located downtown would be a good location for the post office while Wells suggested relocating the post office to either the Walmart area or southeast Milford.

“The center of commerce is now Walmart,” Wells said. “The My Eye Doctor location would have been a good one or perhaps the Hammond Mini Storage site by Wright’s Auto Parts. The center of housing growth may be the south end of town, possibly the Redner’s vicinity would be optimal.” 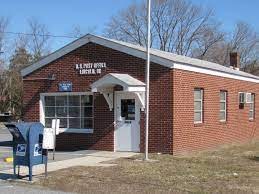 Lincoln Post Office may also move to a new location

A few days after announcing the potential move of retail services in Milford, USPS announced that the Lincoln Post Office may also relocate.

“The need to expand the floor space is necessary in Lincoln for both retail and carrier operations,” Lomax said. “There is nothing serious wrong with the building, but we have outgrown the smaller space and have an opportunity to provide a brand-new post office for the residents of Lincoln. The new building would be constructed next to a new Dollar General proposed for the area if no other site is presented for consideration.”