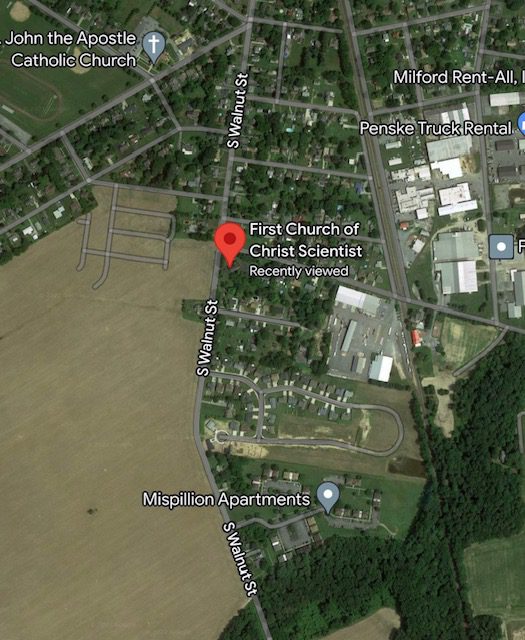 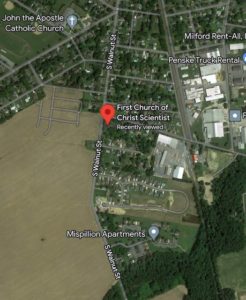 At a recent meeting, Milford City Council voted to allow the city engineer to request DelDOT conduct a traffic study on South Walnut Street in an effort to reduce speeding on the southern section of the road. According to James Puddicombe, the city’s engineer, there had been several complaints regarding speeding with some cars traveling in excess of 50 miles per hour coming into town. The study will be used to determine what type of speed control device is necessary to slow drivers down and may include all-way stops at some intersections.

“I want us to be safe, I want all streets in Milford to be safe, whether they are city owned or state owned,” Councilman Jason James said. “But my concern is that we’ve got to be careful because we’ve seen other towns where there are stop signs everywhere you go. Traffic can’t flow. It may sound good, like we’re going to slow people down, we’re going to make them stop, but if you have people stopping all the time, you’re going to end up in a worse situation because you know you end up worse off than you originally were.”

Councilman Todd Culotta agreed and disagreed with Councilman James’ statements, stating that he had plenty of input from his neighbors and others who live on South Walnut Street. He commented that he could only speak to South Walnut and suggested someone else speak to North Walnut.

“Walnut Street gets a certain amount of traffic. Yes, it’s a major artery, but it’s also a street that many people live close to the road on. And with the new developments in the south part of town, Milford Ponds, Simpsons Crossing, we’re gonna get a lot more traffic through there,” Councilman Culotta said. “We want to have a walkable city, that’s a priority of ours. And in order to have a walkable city, there needs to be a safe way to cross over the street. And we’ve done a traffic study previously with the speed thing and we found most people don’t speed, you know, more than 10 miles over. Most people are within that realm. However, there are people that do speed there excessively and it only takes one of those people to cause an accident, cause a death or something like that. So while I understand you don’t want to stop every 10 feet, I get that. But in an effort to allow time for people to cross the street, stop signs may be necessary and my opinion is maybe something in the McCoy Street area coming into town and then something closer to the railroad track area like such as Kings Highway.”

Councilman James remarked that he did not make an assertion either way but that he felt the city needed to be careful on how speeding was addressed, pointing out that a stop sign was not always the best option. Councilman Culotta pointed out that he initially did not agree with the new four-way stops on Seabury Avenue but has already seen benefits, so he has changed his mind about their installation. Councilman Andy Fulton commented that he had noticed the only vehicles not stopping at those signs were bicycles, which concerned him. However, he personally had noticed vehicles on Walnut Street traveling above 40 miles per hour. Councilman James stated that there is not one street in Milford where speeding does not occur.

“That’s just it. There’s always there’s engineering changes that need to be put in place,” Councilman Fulton said. “One hundred percent enforcement of one area of a street will mean the loss of one police officer patrolling the city, preventing them from other duties. How many felony arrests were made, 393 over the course of the month? I’m sorry, it was over 300, but they had large number of felony arrests done by Milford PD. So enforcement isn’t my first answer, where engineering changes are, so I’m in concurrence with both of you. So please don’t get me wrong and I’m not saying throw up a stop sign today. But I’m saying we need to do engineering changes to the street in order to make it safer for everyone. If it comes to a stop sign it comes to a stop sign. If it comes to one of those lights where you hit the button and it goes from yellow to red for us for a crosswalk like you see in some cities, they have lights controlled by the walkers and they press a button. A yellow light turns red cars are supposed to stop and people can now cross the street safely.” Councilman James stated that those types of devices worked well in towns like Rehoboth and Ocean City.”

An unnamed member of the audience stood to speak, and Councilman Culotta told them that he was mistaken, that he thought the item on the agenda would be open for public comment but it was not.

“Somebody is going to be killed,” the unnamed person said. “You guys, it’s going to happen, someone will be killed. Now, I was here this whole time waiting for public comments because I sit right outside where that indicator is and I see them going by at 30, 40, 50, 55, 65 and 75 and it is ruining my home.”

Councilman Culotta stated that South Walnut Street was a “straight shot” from Milford to Lincoln, but that the growing number of developments in that area required a stricter way to reduce speeds.

“I mean, we’re all guilty of speeding at one point or another. But once you come into town, once you hit McCoy Street and those streets and into Seabury,” Councilman Culotta said. “You know that’s where the concern is more important. I think we could, whether it’s a stop sign or a lead crosswalk or barriers that affect traffic. I know when you come into downtown, the problem is if you kind of go downhill as you go towards the railroad tracks, so that kind of makes you slow up a little bit but then you’ve got it again by trying to get down to City Hall down here. People are moving again and there’s nothing to stop them from doing that and you’ll get people going at 70.”

Councilman James again reiterated that the he did not oppose asking DelDOT to review the area and provide traffic calming options but wanted to be sure the city was not overdoing four-way stop signs.

“I totally agree that it needs to be addressed because I see the same things you see, speeding up and down that piece of road,” Councilman James said. “Engineering, yes, I agree, but we don’t want to just automatically say that the answer is stop signs.”

Council voted to approve the request to DelDOT with Councilman Dan Marabello abstaining as he was not present for the discussion.