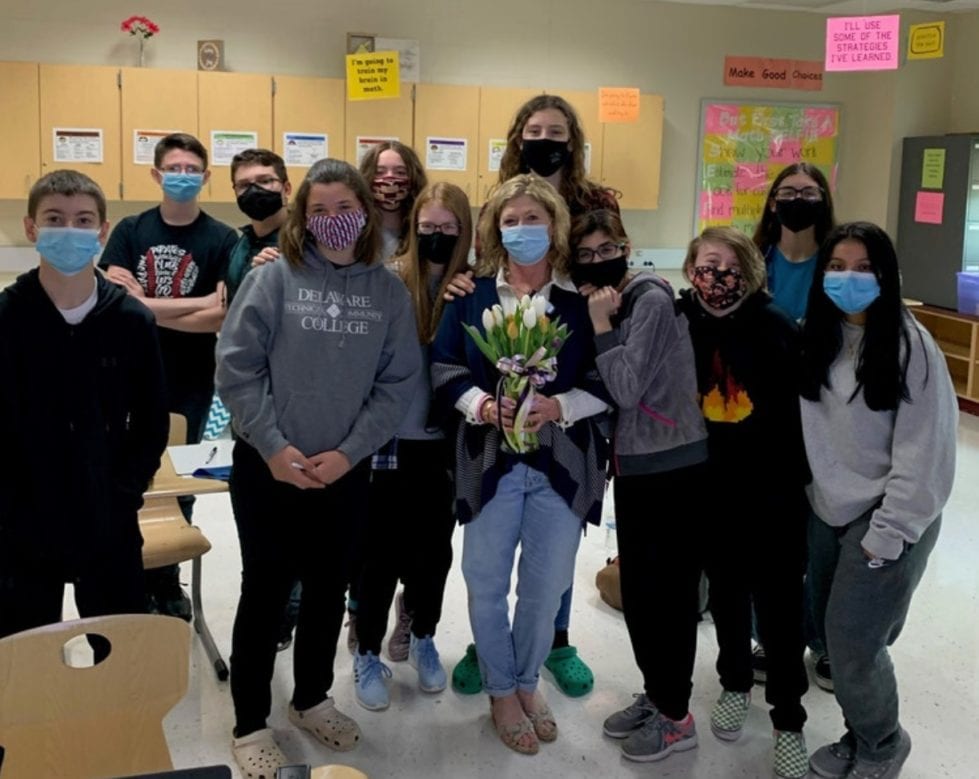 Milford School District has announced the 2021-2022 Teachers of the Year. The Teacher of the Year Program recognizes excellence in teaching by honoring our K-12 teachers who have made outstanding academic contributions to our students and schools and are exemplary leaders in education. Teachers were nominated by their students, peers, and others throughout the Milford district community. These six outstanding teachers will now compete for the title of Milford School District Teacher of the Year.

Morris Early Childhood Center – Mrs. Sarah Simon has been named Morris Early Childhood Center Teacher of the Year! Mrs. Simon is a Kindergarten teacher at Morris. She has earned her Bachelor of Science in Education from the University of Delaware and Wilmington University, certifying her to teach K-6 and is also certified to teach Exceptional Children grades K-12. She completed her Masters of Instruction in 2018 and has been a teacher with the Milford School District for eight years. 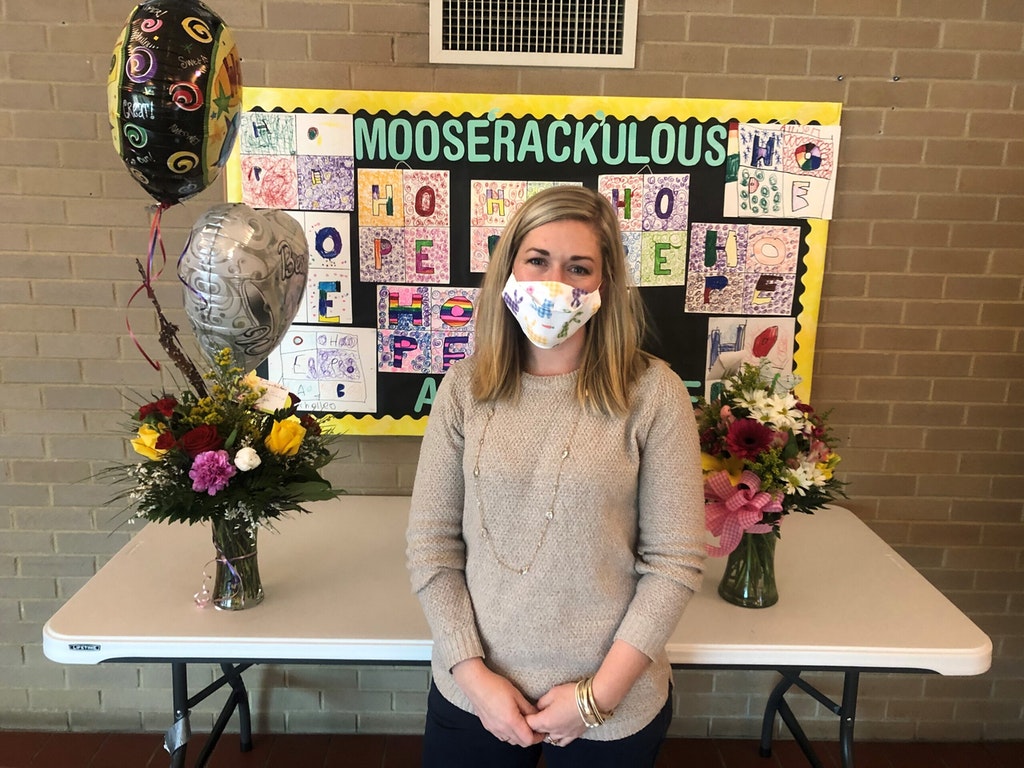 Banneker Elementary – Mrs. Heather Smith has been named Benjamin Banneker’s 2021-2022 Teacher of the Year! Mrs. Smith has taught in the Milford School District for 23 years. Over these years she has taught a diverse population in her inclusion classroom including students with autism, learning disabilities, physical challenges, medical challenges, emotional challenges, non-English speaking students, English Second Language Learners, academically talented students, homeless, and students who have experienced a great loss. Mrs. Smith has ensured that each student became a valuable part of her classroom “family.” If you’ve ever had the privilege of being in Mrs. Smith’s classroom you would note her ability to always remains calm, patient and positive, while supporting students to meet their fullest potential. Mrs. Smith maintains a family atmosphere in her classroom where students feel safe and are willing to make mistakes, as that is proof they are learning.

This year, due to the Covid 19 Pandemic, Mrs. Smith has gone above and beyond teaching both second and third graders! Mrs. Smith is always willing to think outside of the box and do whatever it takes to make our students successful. In addition, Mrs. Smith has served as an instructional coach for five years. When Mrs. Smith is not in the classroom she can be found supporting students in the community in various 4H and little league events. 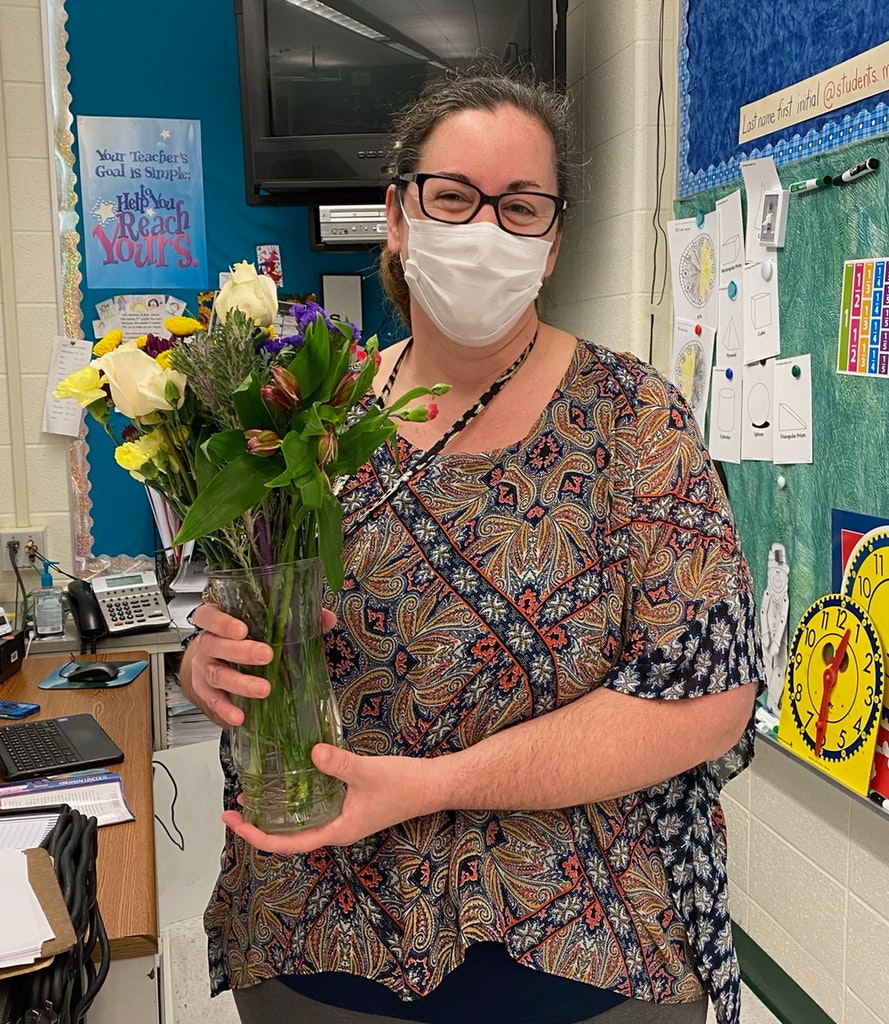 Ross Elementary – Montessa Brooks has been named the Lulu Ross Teacher of the Year. This is Miss Brooks third year teaching our EL students at Ross. Miss Brooks received her degrees from the University of Delaware. As an undergraduate, she earned her Bachelor of Arts in Foreign Languages & Literature – Spanish Studies and went on to receive her Master of Arts in Teaching English as a Second Language degree from the University of Delaware as well. Miss Brooks has had the opportunity to work with students and families throughout our state in many different capacities and has taught outside of our country as well.

Miss Brooks will tell you that while her focus area is multilingual students, she feels that all students deserve support and help when necessary. If any student asks a question, asks for help, or needs assistance, she will try her best to answer or work with them even if she does not know the answer. She believes children are guided and shaped as people while they move through their years in the classroom, so she wants to be a positive help to any and all students as they move forward. She is a positive force throughout our building and
district. 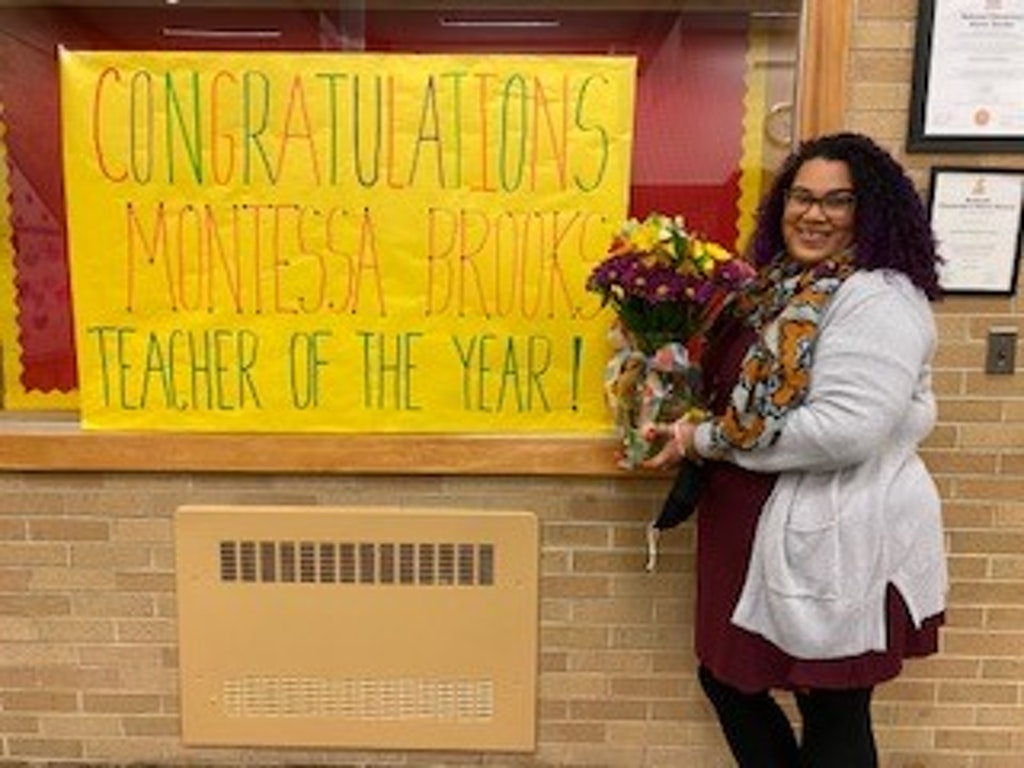 Mrs. Holleger is a leader in our school as Mispillion’s Technology Instructional Coach. She inspires and guides other teachers in the use of new technology for student success. Her participation as an advisor for the Mispillion Student Council and support of Special Olympics by being a member of the Mispillion Team for the Polar Bear Plunge shows her commitment to the community. 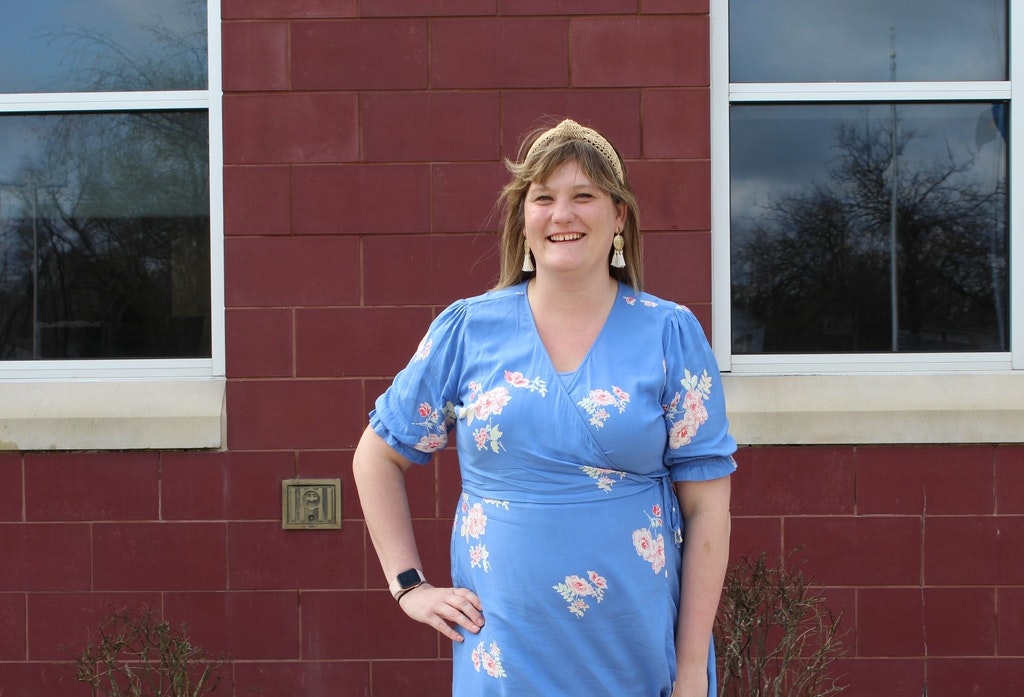 Central Academy – Ms. Lara Lee has been named Central Academy’s Teacher of the Year! She began her teaching career in Milford in 1991 and has been an 8th-grade math teacher for the past 6 school years. In her time at Milford, she has coached field hockey, math league, and girls on the run. She has also worked with many student organizations and developed a curriculum for the district. 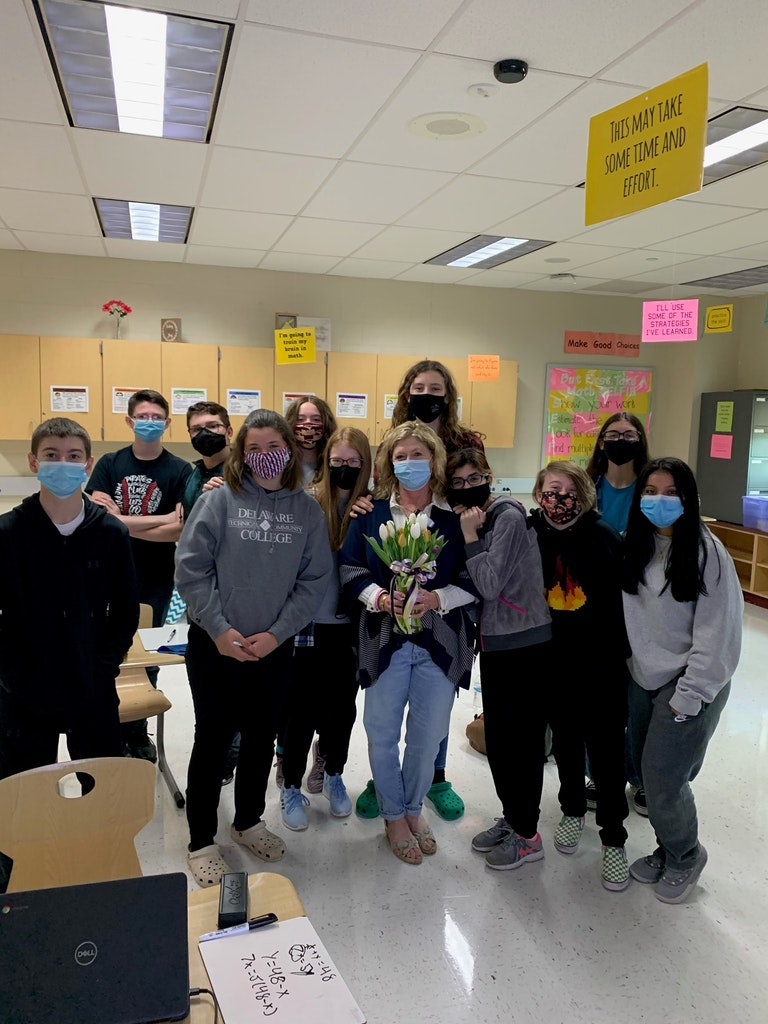 Milford High School – Ms. Caitlin Walton has been named MHS Teacher of the Year! Ms. Walton is a state and nationally recognized Agriscience Educator and leader of her department. She has been a teacher with the Milford School District for six years. She has been instrumental in the success of our FFA Organization leading so many of our students to state and national recognition. We are proud to have her here at MHS representing our fine educators. 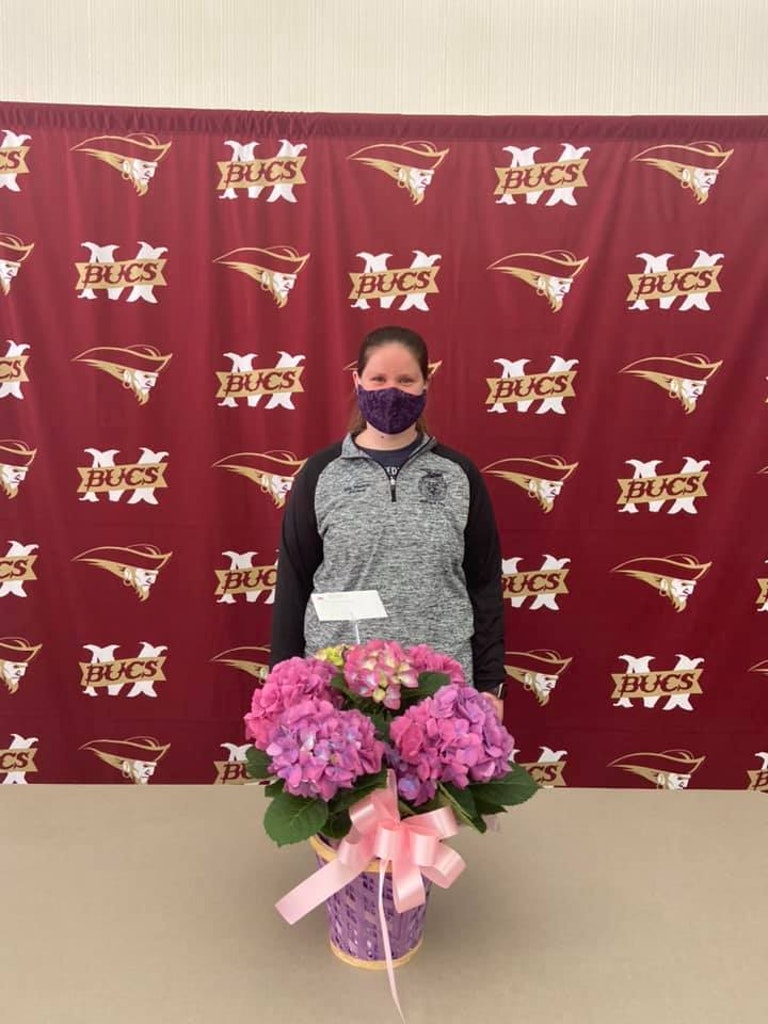