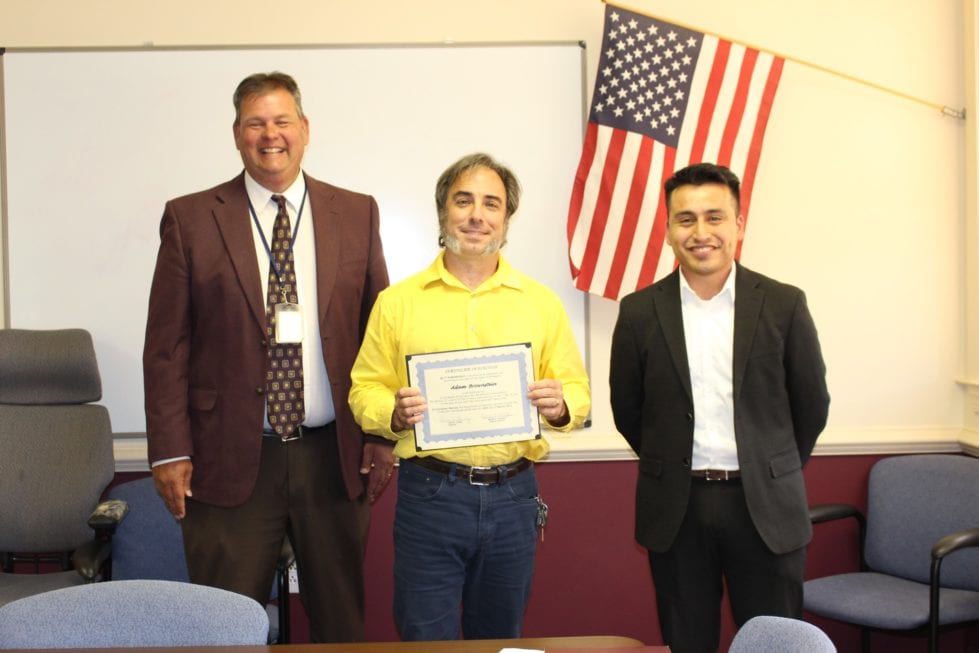 On June 29, Dr. Adam Brownstein was sworn in to serve as the newest member of the Milford School District Board of Education. Dr. Brownstein will take over the seat vacated by Renate Wiley. There was no election as Dr. Brownstein ran unopposed. He was sworn in by Vice-President Rony Baltazar-Lopez and will serve Area C.

“Dr. Brownstein was unable to join us this evening,” Dr. Kevin Dickerson, Superintendent, said. “I also want to point out that Scott Fitzgerald also recently received his Board Member Certification. We welcome both of these gentlemen to the board.”

On July 6, the board held their reorganization meeting, appointing the president, vice-president and the executive secretary.

Baltazar-Lopez stated later in the meeting that there was recent legislation passed in the House of Representatives and Senate to reduce the number of years a school board member could serve from five years to four. It has not been signed by Governor John Carney as of yet, but it is believed that those who are already serving on boards would be grandfathered in and that the new term of office would begin after the next election cycle. Dr. Dickerson explained that he would bring that information to the board at an upcoming meeting.

“I remember this meeting last year,” Miller said before the meeting adjourned. “We were sitting at home behind our computers and there were a lot of unknowns. “I, for one, was scared. Now we are all together and we are also finishing three hours earlier. One year certainly does make a difference.”