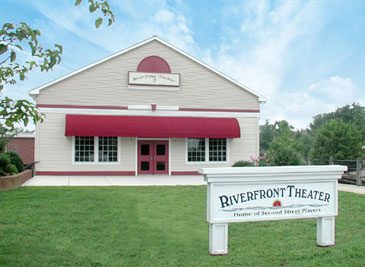 Second Street Players (SSP) announced its 2022 season and is calling for potential Directors to submit applications by September 12, 2021.

SSP is excited to look ahead to a full season of live performances after cancellations and modifications to its 2020 and 2021 seasons due to COVID-19. The SSP board has selected a sensational and varied season which includes the musical Oliver!, originally planned for 2021, as well as a madcap comedy, a murder mystery, a whimsical play, and a new twist on a holiday classic. The season also includes three Children’s Theater shows.

Individuals interested in directing a show in the 2022 season should submit an application by September 12, 2021, to [email protected]. Applications can be found online at www.secondstreetplayers.com. Directors for Oliver! and Children’s Theater shows Bedtime Stories and The Big Bad Musical have already been selected as these shows were moved from previous seasons. Show descriptions, their publishers and performance dates are listed below.

Second Street Players is a year-round community theater which produces shows covering practically every genre. Included in our yearly productions, you will find musicals, dramas, comedies, original works, our Children’s Theater, and cooperative productions with other cultural groups and schools. The Riverfront Theater is located at 2 South Walnut Street on the south bank of the Mispillion River in scenic downtown Milford, Delaware. The theater is handicapped accessible and can accommodate the hearing impaired.

SSP programs are made possible, in part, by a grant from the Delaware Division of the Arts, a state agency dedicated to nurturing and supporting the arts in Delaware, in partnership with the National Endowment for the Arts. The Division promotes Delaware arts events online at www.DelawareScene.com.